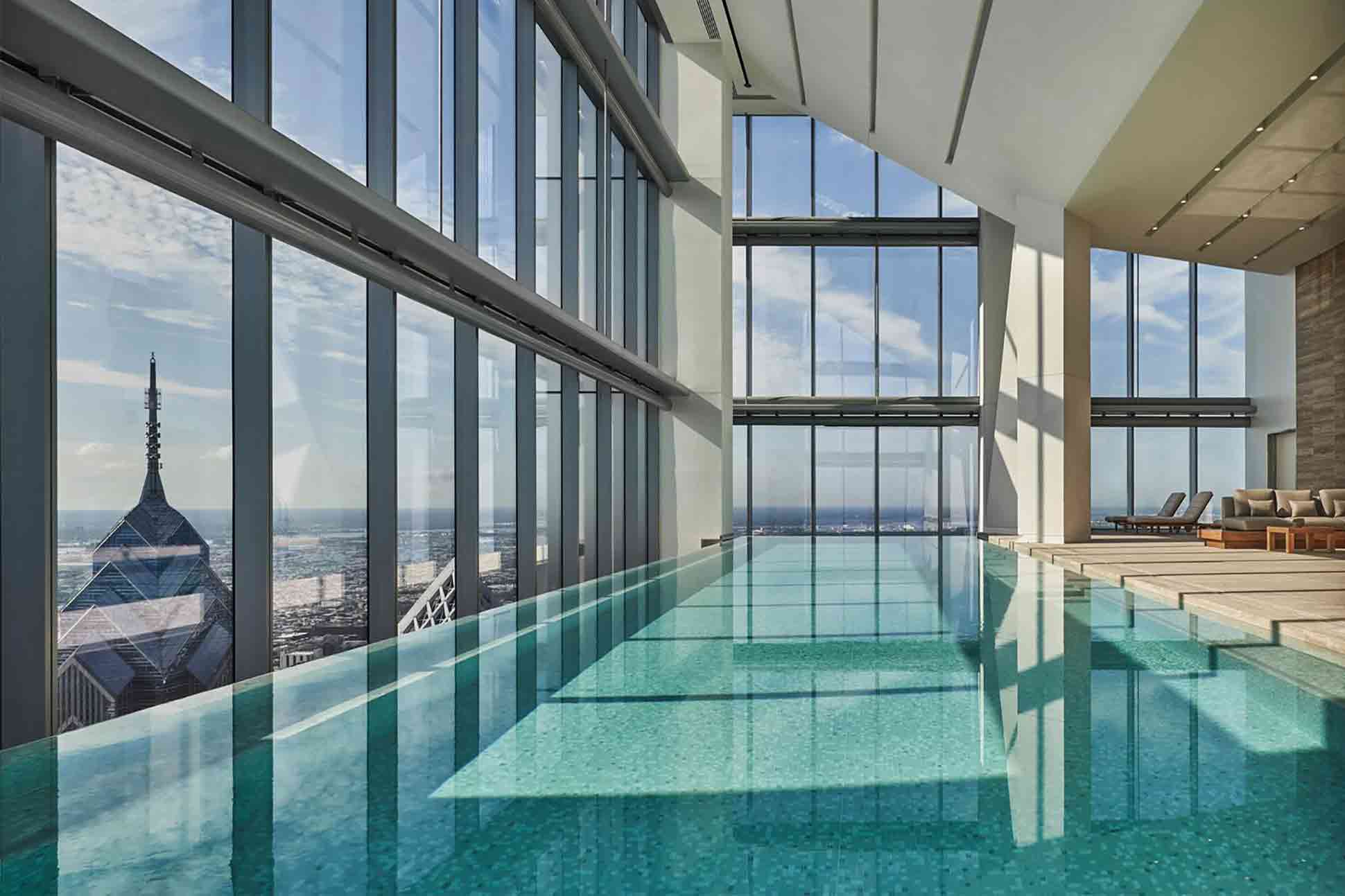 It’s a mouthful saying the full name of the property, the Four Seasons Hotel Philadelphia at Comcast Center, but don’t worry, you’ll be slack-jawed when the lifts shoot you up to the lofty heights of this futuristic building designed by Lord Norman Foster

Stepping in at lobby level, we were greeted by a grand black-onyx foyer with bursts of colour in the form of opulent flower arrangements. A white-marble reception with backlit alabaster – a feature we’re familiar with at newer Four Seasons – completed the welcome, as did expanses of ceiling-mounted mirrors that threw light, reflections and texture cleverly around.

Our suite was far more minimal – but gorgeously appointed nonetheless, with curved-birchwood-millwork walls and full floor-to-ceiling windows that gave a sense of infinite space and light. Technology played a huge role (Comcast clearly had a say in this), with a 24-7 iPad concierge for out-of-room experiences and a library of 50,000 movies to choose from.

The iconic thing about the Four Seasons Hotel Philadelphia at Comcast Center is its views. We found the ultimate vista at sunset, when we swam up to the edge of the hotel’s 57th-floor infinity pool, from where we could marvel at the shimmering criss-cross of city street-lights springing into life as the red sun set.