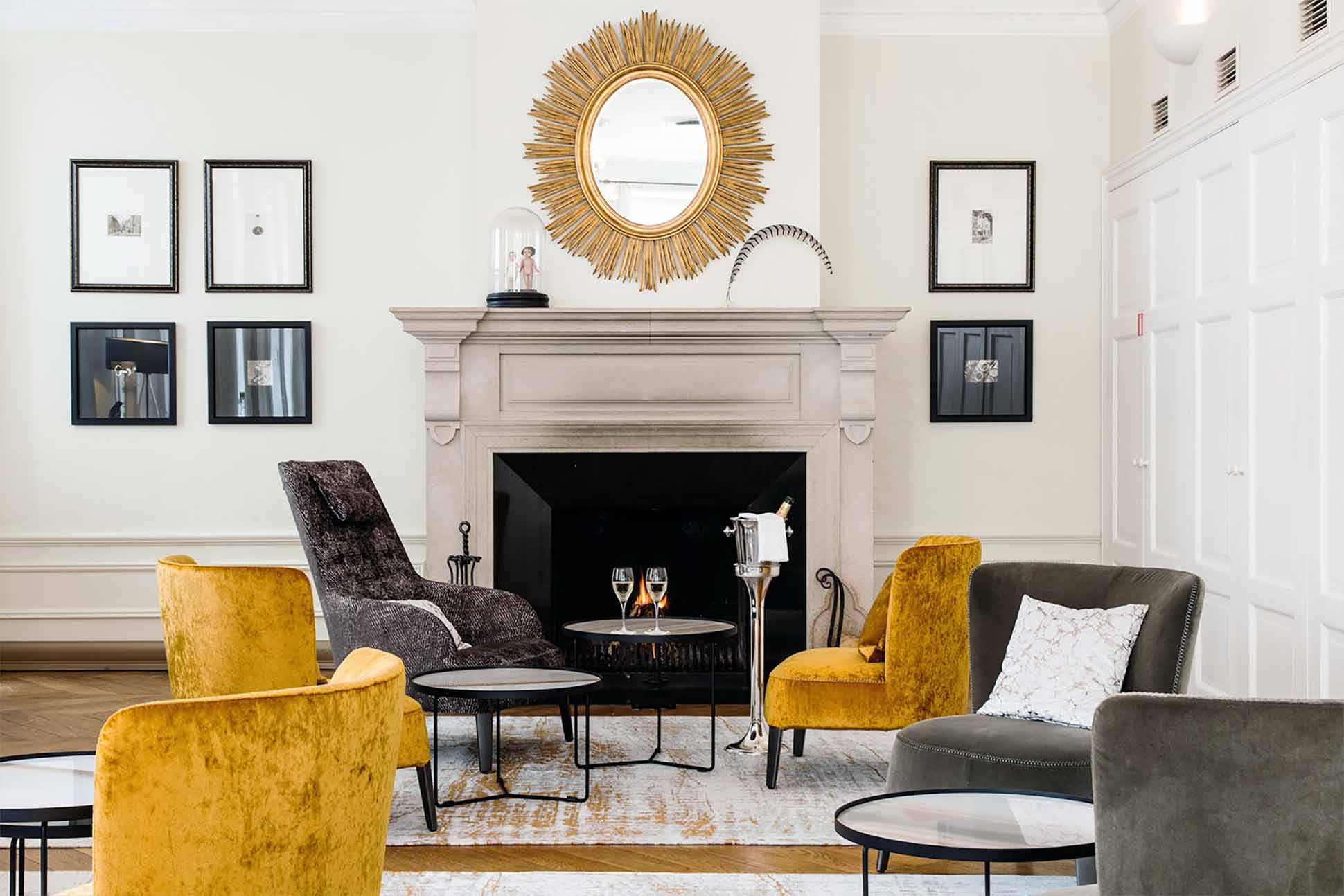 The Hotel Telegraaf is a place to stay that’s both an architectural marvel and a place rich in history and heritage, located at the beating heart of old town Tallinn.

Of course, there’s an elevator, but the four-storey marble staircase off the lobby at Hotel Telegraaf is made for dramatic entrances (and exits). This very staircase is where in December 1924, one of Estonia’s most popular generals dispatched a Soviet Communist rebel who fired on him from above. The coup failed and the Republic of Estonia survived – reason enough to descend the historic staircase with pride.

This illustrious five-star is housed in a listed building designed by a St. Petersburg architect in 1878. Originally built as a private residence, the Telegraaf was once Tallinn’s Central Post Office and telegraph exchange station. Hence the building’s name and the neo-rotary dial telephones throughout, that complement the Art Moderne atmosphere (and beg for a Garbo accent when dialing for room service or housekeeping).

Bombed in WWII, its reconstruction created a contemporary wing that seamlessly segues from the hotel’s historic core, home to the Telegraaf’s grand suites. The hotel’s Restaurant Tchaikovsky has been designated as one of The 50 Best Restaurants in Estonia and its Symphony Lounge is a jewel box of velvet and crystal, perfect for popping a cork in front of the crackling fire. During summer, a rooftop terrace provides a bird’s-eye view of Old Town awash in the glow of sunset.

A member of Marriott’s Autograph Collection, the 83-room Hotel Telegraaf brings finesse to its central, Old Town location, fifteen minutes by taxi from the airport and mere steps from Town Hall Square; and retains a rarefied elegance befitting its heritage.