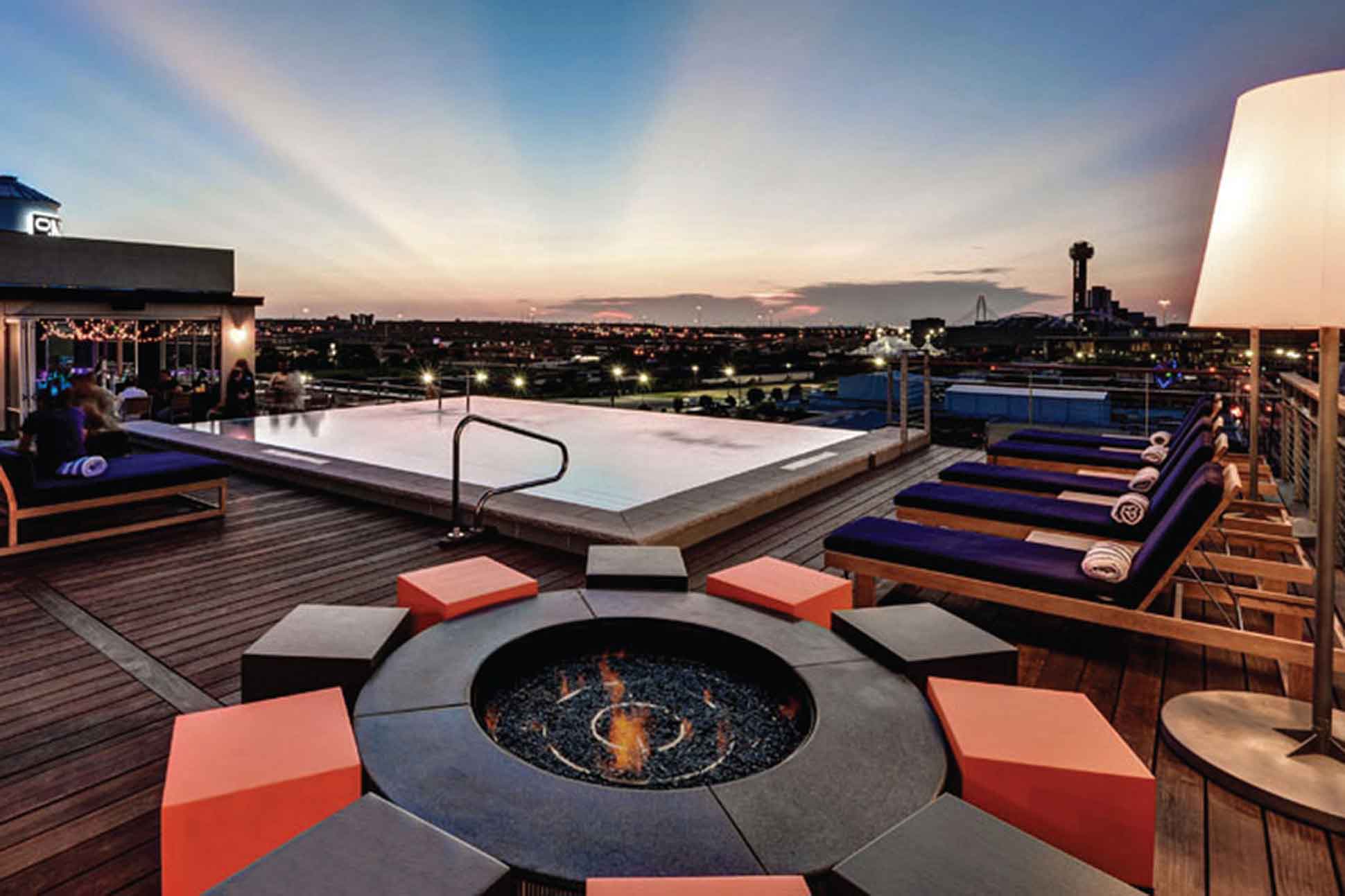 In this up and coming part of town, next to the infamous hipster loft redevelopment in the Southside-on-Lamar building, sits this new property in the NYLO family. The architects had a blank canvas and chose to retain an industrial-chic feel in the rooms, from the polished concrete floors to the exposed vents, really nice touches.

And as the saying goes, everything is bigger in Texas and the NYLO didn’t disappoint, with its vast rooms. The interiors were a little spartan though, with a whole load of pine, reminiscent of a display at Crate & Barrel.

The communal areas and restaurant were the exact opposite of the rooms. Colorful, creatively lit, funky. The centrepiece was a grand piano covered in street art. The rooftop bar was a lot of fun, with views into downtown and an opportunity to rub shoulders with trendy Texans huddledaround a fire pit, sipping cocktails.

We felt that the vision of this hotel is to be informal and playful; after all Dallas is tipped to be the next Portland. There was one thing we didn’t get. An extra roll of toilet paper in our bathroom, on it in red text “for emergency use only” – tongue in cheek we hope. But maybe they’re actually serious?