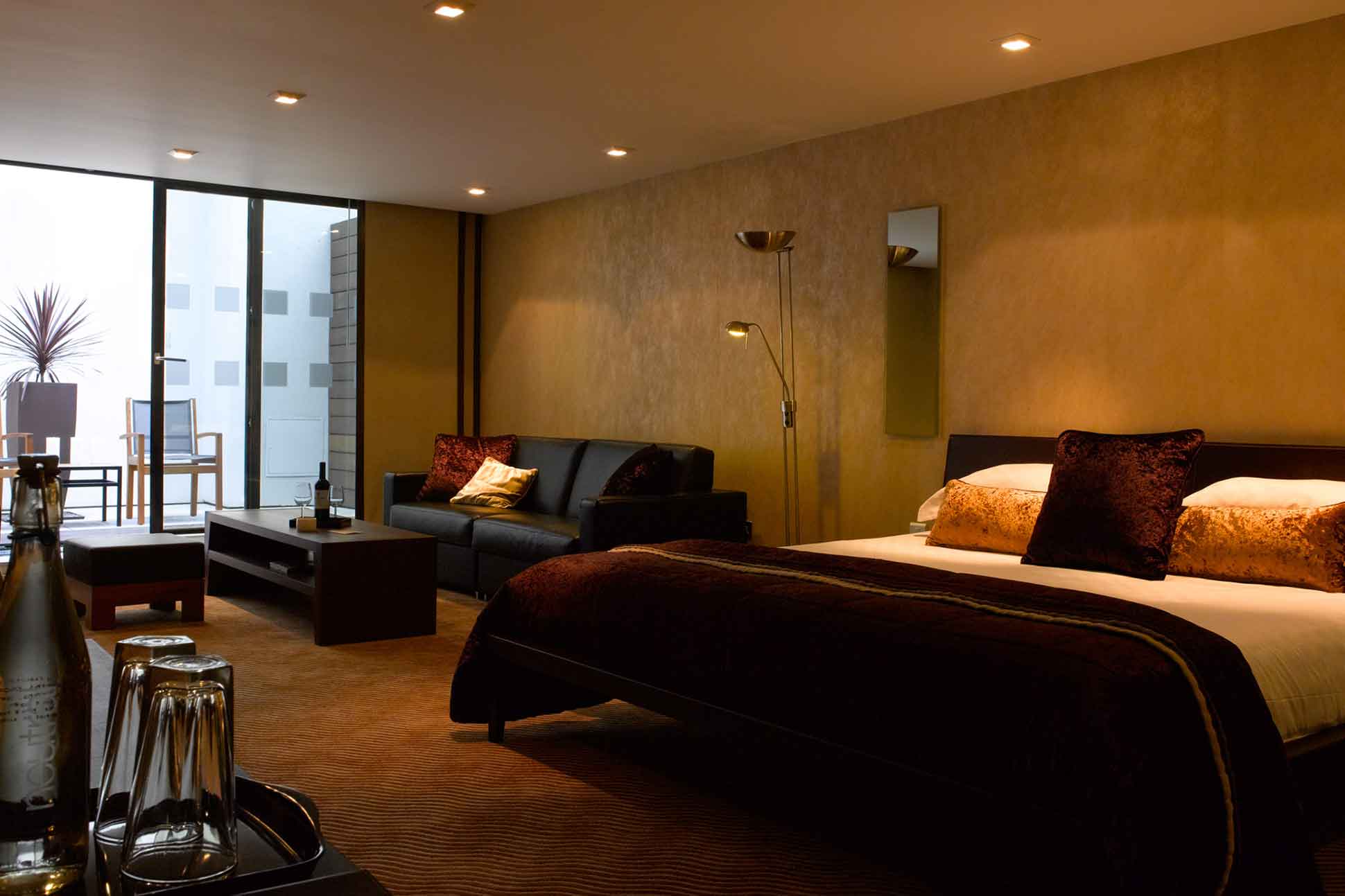 We love this old-meets-new success story of a hotel, based in the former Free Trade Hall on Peter Street, part of a glorious nationwide portfolio of trendy, urban hotels. Although this Radisson Blu Edwardian recently celebrated its tenth anniversary, it’s still as fresh as when its doors first opened. Word on the street is that they are expanding into the sumptuous Theatre Royal next door.

Arguably Manchester’s only fully fledged five star hotel, it plays on the city’s musical past and the property’s concerthall credentials, with hip decor, walls plastered with autographs by everyone from Lou Reed to Louis Armstrong and suites named after rock-stars. After all, the property once served as a stage for names like Bob Dylan and the Sex Pistols before being reborn as a hotel in 2004.

We lost time in the property’s sublime Sienna Spa, tucked away in the cavernous basement vault, with its whitewashed Victorian arches, complete with 40-foot pool, full spa facilities and treatment rooms to wash our worries away. In our rooms, floor to ceiling windows came as standard, offering views of the Pennine Hills beyond, and Manchester’s glorious red-brick architecture.