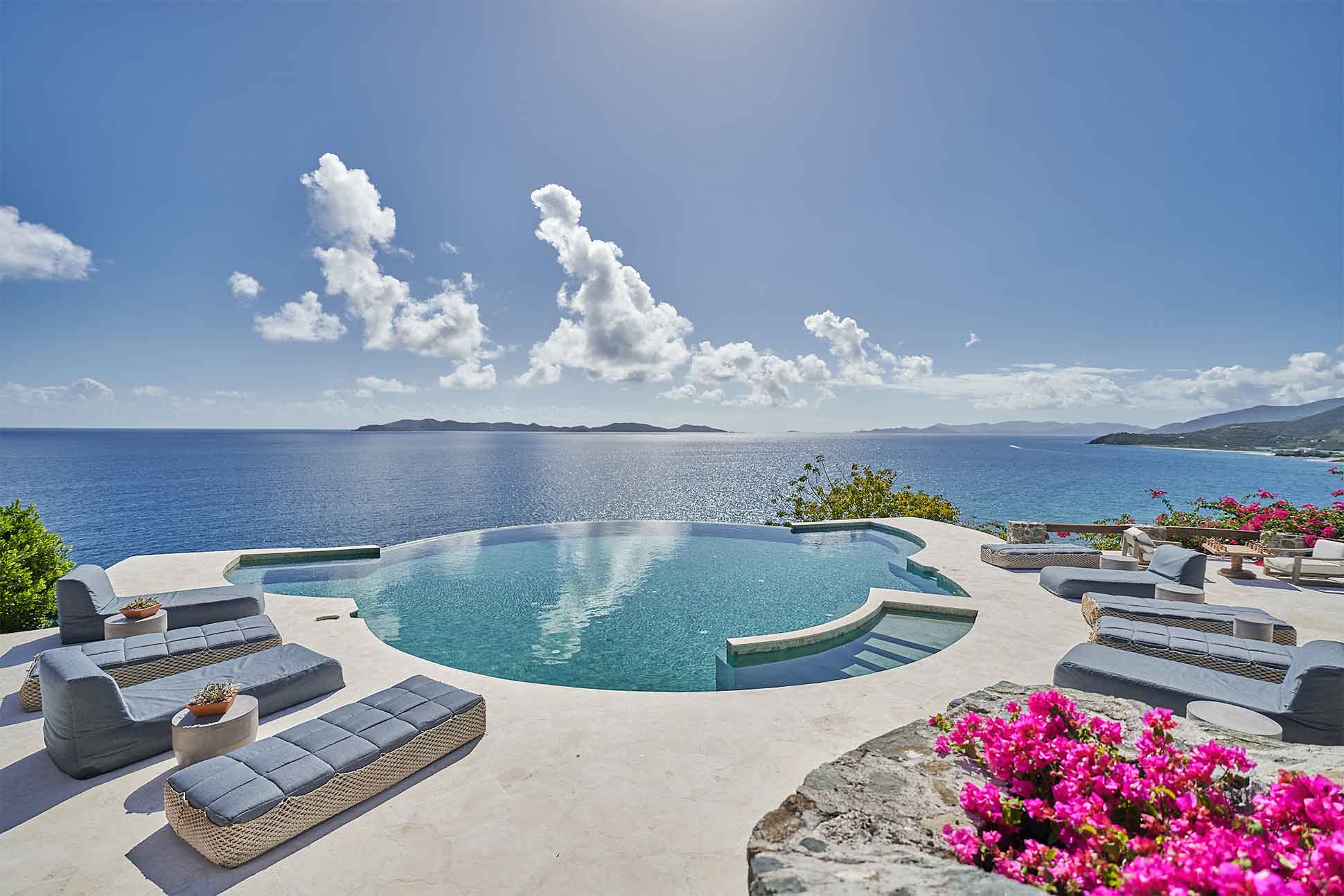 The Aerial BVI:
Off to new shores

Few are the destinations that understand the art of starting anew and building back better. But the British Virgin Islands have never quite played by the rules. Tucked away in what might just be the last remaining ‘virginal’ bit of the Caribbean, the BVI are bouncing back not only from the pandemic, but also from 2017’s Hurricane Irma. One particular new property, the future-oriented Aerial BVI, is luring travellers with a purpose-driven luxury concept.

Ever wanted to follow in Richard Branson’s footsteps? You might not be jetting off to space anytime soon, but with the British Virgin Islands welcoming tourists again, you most certainly could take residence in the BVI Branson-style and have a whole island all to yourself. It’s impossible to go wrong with family-owned Guana, a historic jewel boasting seven beaches, stargazing experiences and alfresco movie nights, though personally, we’ve got our eyes set on The Aerial BVI. The latest luxury addition to the region’s hospitality scene, the property looks so heavenly, you might just as well say you’ve been to space.

Still, The Aerial BVI is less about looks and more about looking. From its position perched atop a dramatic cliff edge, the Buck Island hideaway promises what those lucky enough to have stayed here already describe as the ‘best views in all the archipelago’. And speaking of visitors, the 43-acre estate accommodates up to 30+ guests across its five residences, placing it safely among the region’s top private island-buyout options for a socially distanced, post-pandemic getaway.

What intrigues us most about the property, however, isn’t its near fort-like optics or personal island concierge. Instead, The Aerial BVI quite simply seems to have understood that there’s a need to modernise and make contemporary the experience of visiting this particularly paradisal corner of the Caribbean: ‘purpose’ is a concept that’s held in high regard here, with the property setting out to help guests achieve their goals and return home with a sense of authentic growth. When visiting, look forward to guided journal writing, presence training, equine therapy and a culinary offering with healing properties both for the body as well as the environment. If that’s not enough good karma already (or you’ve got some sinning to make up for), there’s also the chance to volunteer within the local community – from teaching to turtle tagging, giving back around here sounds rather fun.

This more forward-thinking stance on luxury is exactly what we think will give the British Virgin Islands an edge over nearby destinations in the coming years. When you’re a Caribbean island, it’s easy to get a bit comfortable. One way or another, visitors will flock to your shores in search of palm trees and piña coladas. But between VOYAGE Charters announcing the arrival of the eco-friendly VOYAGE 480 charter yacht, and Bitter End Yacht Club, which Irma had left in shatters, rebuilding with the help of conscious design firm Simplemente Madera, we’ve noticed a trend towards a more experiential, responsible way to explore the archipelago.

And there’s another, equally attractive reason to head for the BVI: unlike many of the surrounding islands, which can be a minefield for LGBTQ+ travellers, the archipelago doesn’t criminalise same-sex sexual activity and has anti-discrimination laws in place. While far from real equality – especially for its local, queer population – the British Virgin Islands constitute a more carefree travel option, and they could well aim for becoming one of only a few Caribbean destinations profiting from ‘pink tourism’. For context, a recent study by Virgin Atlantic and Open for Business estimates the Caribbean loses out on some US $4.2 billion annually due to discriminatory laws on homosexuality. A stay at The Aerial BVI won’t set you back quite as much, but with a private island retreat and five-star amenities across the property, who wouldn’t want to make a little dent on that number?

Photography courtesy of The Aerial BVI and BVI Tourism