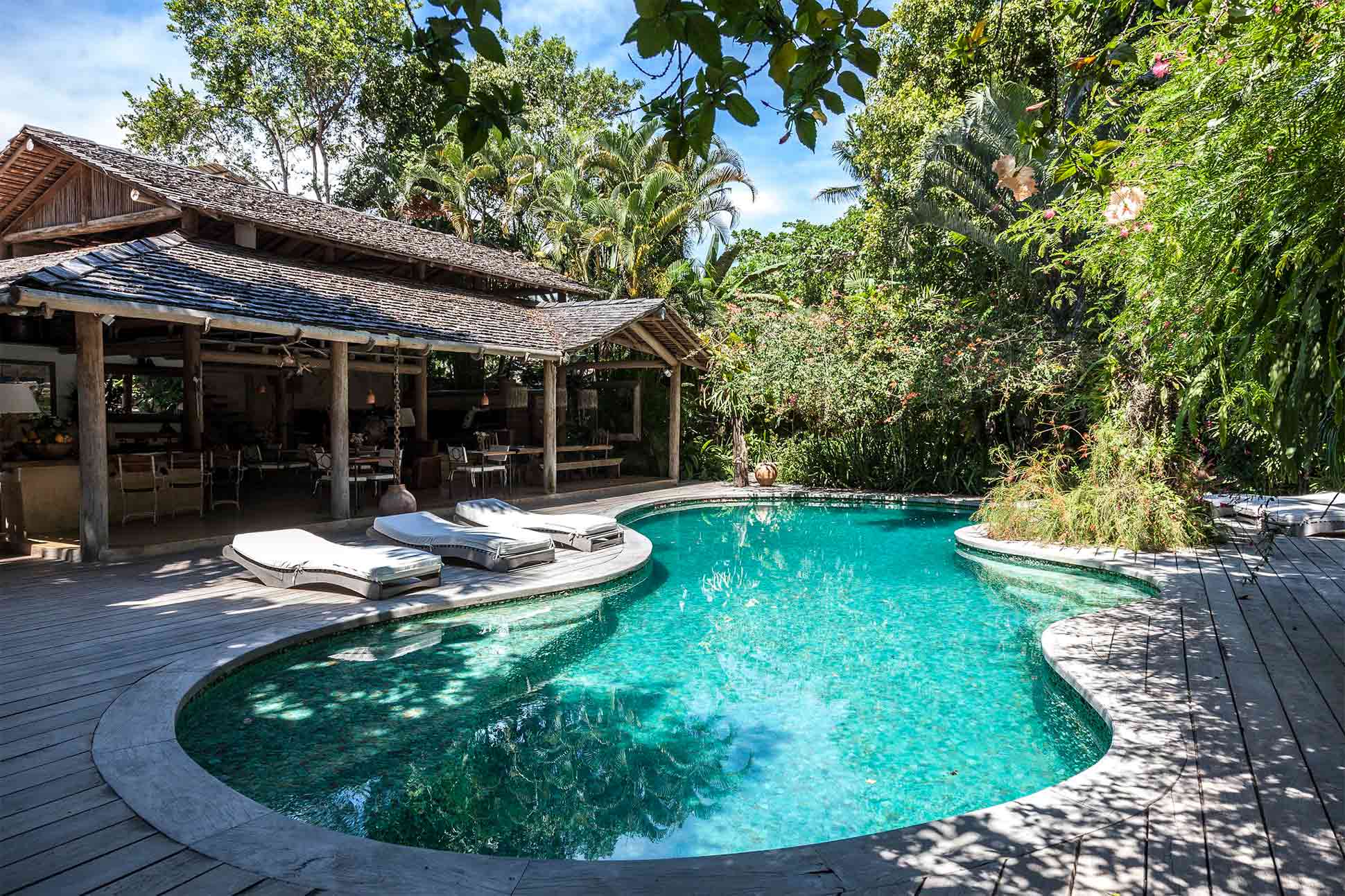 As far as rustic charm and laid back, effortless style go, things really don’t get much better than Uxua, set in a little piece of paradise known as Trancoso, Brazil.

Every step down the meandering pathways of this deceptively large, secret, tropical garden is met with small moments of delight. Each unique casa is self-contained and surrounded by lush tropical fauna, blurring the borders between internal and external spaces – especially in the case of the treehouse.

But its outstanding style credentials alone aren’t what makes this place so special. Uxua’s owner and designer, Wilbert Das’ vision is twofold: to create a sustainable hotel that harmonises both with the natural beauty of Trancoso’s environment and its people.

And it is his commitment to integrating the property into the local culture and community that marks Uxua out as the very best in forward-looking hospitality. The hotel, which incidentally feels much more like a private home, is staffed mostly by young people from the local community who Wilbert trains and mentors. From day one, he has worked with local craftsmen and builders, a relationship that has transformed lives and created a thriving artisan community. A stay here can be equally transformative; many of Uxua’s guests return year on year and some, like Anderson Cooper, have commissioned Wilbert to design and build their own casas. Well, you would, wouldn’t you?