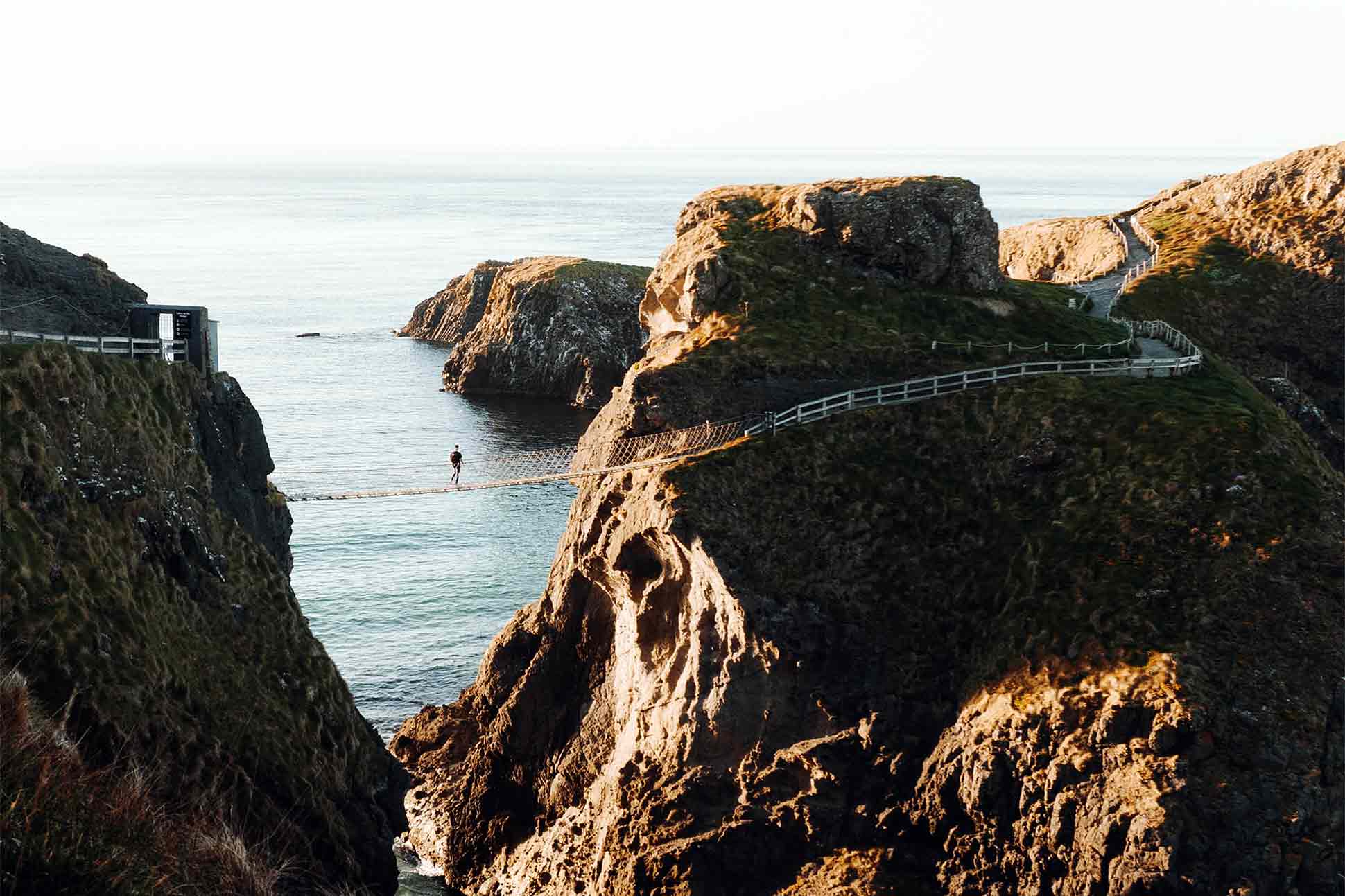 With Northern Island’s most scenic walking routes and a cluster of quirky attractions on the hotel’s doorstep, Ballygally Castle is warming up to welcoming guests back to the Antrim Coast from 24 May.

We don’t know about you but there are a lot of things we thought we’d never, ever do, and running away from Jamie Dornan was certainly one of them. But when the baby-faced beau from Northern Island played Belfast serial killer Paul Spector in the 2013’s The Fall (alongside our favourite living icicle of an actress, Gillian Anderson), we wanted to get as far away as possible. While we’ve long recovered from the scary nature of the series – and the disappointing third season – we’re still very much up for taking to the country’s gorgeous landscapes. Luckily for us, there’s Ballygally Castle.

A mere 26 miles from Belfast, the historic, 17th-century estate has all the makings of a fabulous staycation getaway, including a rather deluxe Antrim Suite, boasting panoramic views over the Irish Sea to Scotland, and what we hear is an afternoon tea fit for the Queen (or a King). But location is, as always, everything, and so when we’re headed for Ballygally Castle later this year, you bet we’ll be packing our wellies for a few walks around the region’s popular hiking trails.

There’s the long-established Gobbins Path, for one. A walk built into the dramatic cliffs jutting out from the rough sea, the trail is as breathtaking as they come, rivalling even the awe-inspiring landscapes of Scotland. No less spectacular are trips to the Carrick-a-Rede Rope Bridge or Northern Island’s prime tourist destination, Giant’s Causeway, both about an hour from the hotel and conveniently doable as day trips – just consult the suave concierge service available at Ballygally Castle.

If instead, you’re yearning for a picnic in the green, head for the Antrim Glens (‘glen’ meaning valley in English, who knew?). Recognised as a place of great natural beauty, the vast Glens crawl gently from the Antrim plateau all the way to the coast, encompassing flowering meadows, ancient megalithic tombs and romantic castle ruins you might recognise from Game of Thrones – the hotel will happily organise a tour to explore these if you’re a fan of the show (or Kit Harrington in any capacity).

There are other activities such as archery and zip-lining in the area, too, but our minds are all set on an epic walking adventure around this most beautiful part of the country. While for our local audience, Ballygally Castle will make for a safe getaway choice at a time when travel restrictions and freedoms are still somewhat up in the air, overseas readers would be well advised to bookmark the hotel for an upcoming journey to the UK. We’ve long said there’s more to this part of the world than London (remember our Great British issue?), and the confinement of the last year has our legs aching for some action.

Walking routes and scenery aside, what seals the deal for us is just how snugly of an estate Ballygally Castle is to return to after a day spent exploring the outdoors: for what it’s worth, there’s even an in-house ghost, Lady Isabella Shaw, who’s been a resident for over 400 years. Though fret not, you won’t find yourself worrying about running away from her – we hear the Lady is rather agreeable.

Photography courtesy of Hastings Hotels and via Unsplash