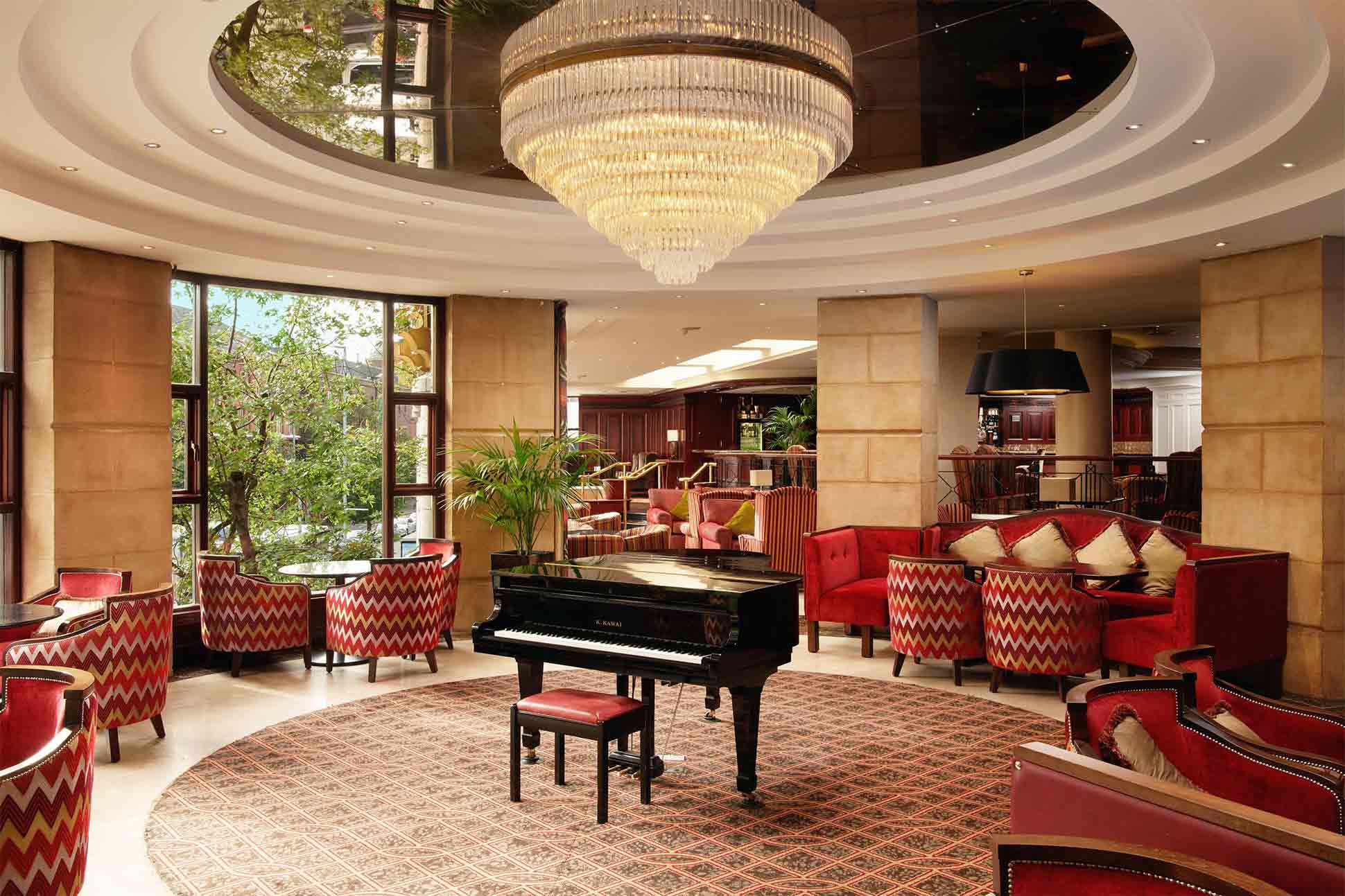 Celebrating 50 years since it opened its doors, The Europa Hotel is a Belfast institution, as much a part of the furniture as City Hall or the yellow Harland and Wolff cranes that dominate the city’s skyline.

Like Belfast, it has weathered the turmoil of Northern Ireland’s Troubles. Once infamously known as ‘the most bombed hotel in the world’ when journalists and government figures were put up there, the days of Belfast as a byword for conflict are now decades in the past.

A night’s stay from US President Bill Clinton in 1995 was a proud vote of confidence in the Europa after a major refurbishment, and gave the hotel a new lease of life. Today, it stands stoically on Belfast’s Great Victoria Street – traditional, but esteemed, like a glamorous dowager who has seen it all and barely batted an eyelid. And it is a perfect spot from which to explore Northern Ireland’s biggest city.

Inside, the atrium which welcomes guests has marble floors and wooden panelling, with break-outs to the lounge, dining area, and a spiral staircase leading up to the famous Piano Bar. Here, you can enjoy a drink overlooking the bustle of the city streets. A glance around depicts the clientele – business people, older couples, and at least one group of producers who appeared to be in town filming one of the many TV and film projects based here.

Up in our suite, we were welcomed with cupcakes and a signature Hastings yellow duck (which you can pick up at any of the Hastings group’s hotels). The bedrooms are traditional, but almost 200 rooms are undergoing refurbishment this year to include automated window blinds, new bathrooms and refreshed interiors.

With its dozen or so floors and spacious conference rooms, the hotel is known as a trusted spot for businesses to hold meetings and other major events. Another element to the Europa is the concerts and other shows which are listed for the grand ballroom – everything from Van Morrison to an ABBA tribute act – which come as part of package deals fitting for a 50th anniversary.

Admittedly, the Europa does have competition from Grand Central Hotel – a fellow Hastings site just a few streets away. With a slightly more cosmopolitan feel, it is notable for its observatory bar which provides cocktails and the perfect Instagram shot from high above the skyline of Belfast. A glamorous bar with blue velvet sofas, gold rails and soft music, it’s essential you pop in for a drink.

After a night out on the town, with great food, drink and friends, we enjoyed zipping back to the Europa, and the elegance that comes with a classic inner-city hotel, and all the history wrapped up in its grandeur.