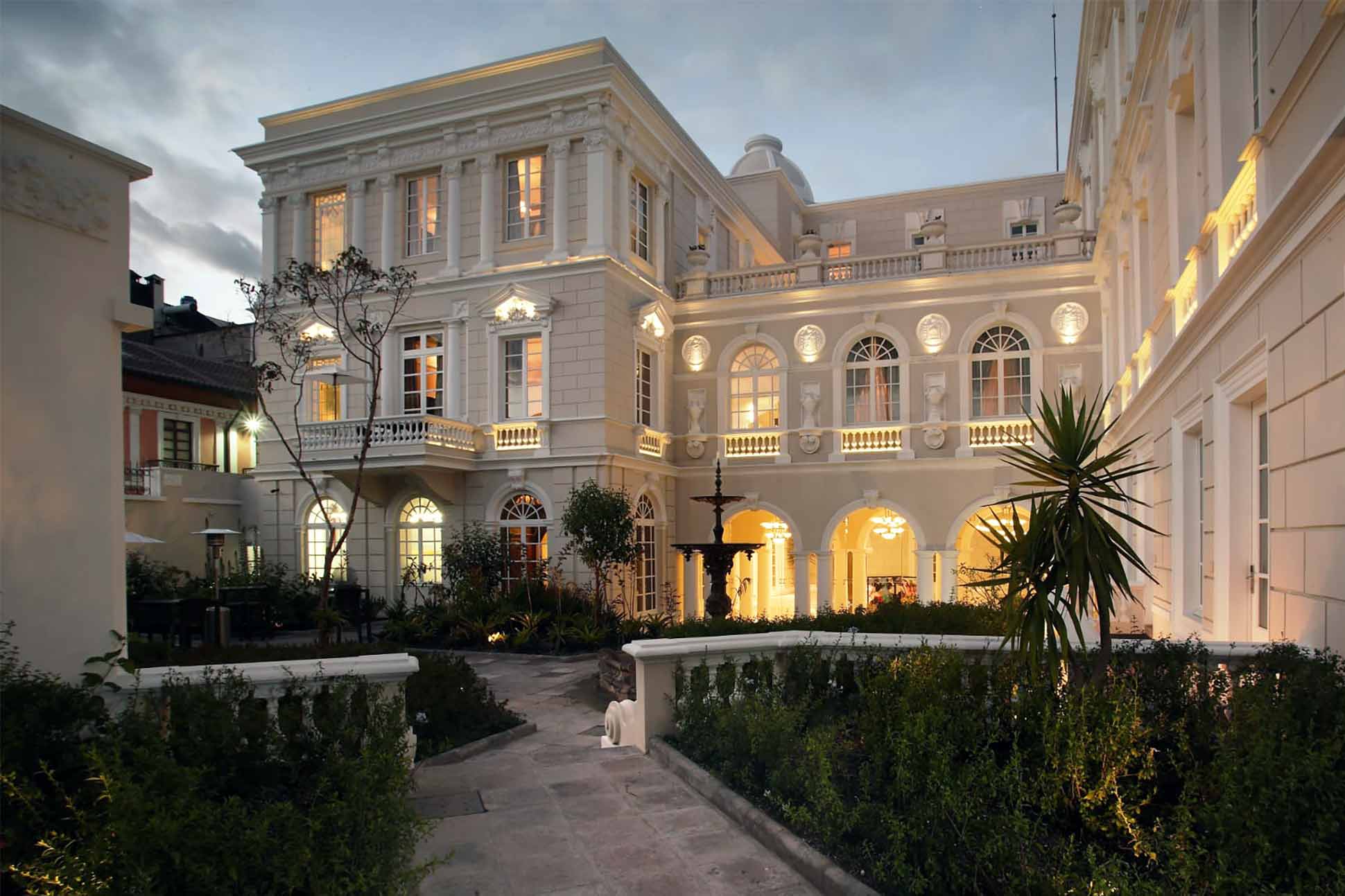 We love storied properties. Casa Gangotena’s goes back to 1600. Housing imperialists, cacao barons,
the first presidents of the republic and eventually its namesakes, the Gangotenas (one of Quito’s leading families), it was considered to be among the finest properties in the Old Town.

The building known as Casa Gangotena was eventually passed down to two feuding sisters (Lola and Mimi) who split the house in two, installing one of the city’s first elevators just so they’d never have to pass each other on the stairs. Today, the iconic property has been restored to embellish the features of its last big update in the 1920s, which created the palazzo-style stately home with marble finishes, frescoes, columns and fountains we see today.

We were able to affirm its reputation as the most exquisite, luxury boutique property in Quito. Casa Gangotena is, after all, the only Relais and Chateaux hotel in the city. With just 31 rooms, it has a high level of attention to detail to guest comfort. It’s a refined property, grand but small in scale, offering luxury with homely touches – a cosy bar, library, atrium lounge and courtyard garden. Its rooftop terrace is a brilliant place to watch Quito’s comings and goings at the same level as its UNESCO-protected bell towers and spires.

Our room was ample and gorgeously appointed. The highlight was our sumptuous bathroom, complete with mural and stained-glass windows that bathed it in otherworldly light. Here, certain touches could have been elevated: a ceramic roll-top bath would have suited the vibe better, rather than a fibreglass one – but we only noticed because we spent so much time in this otherwise beautiful bathroom.