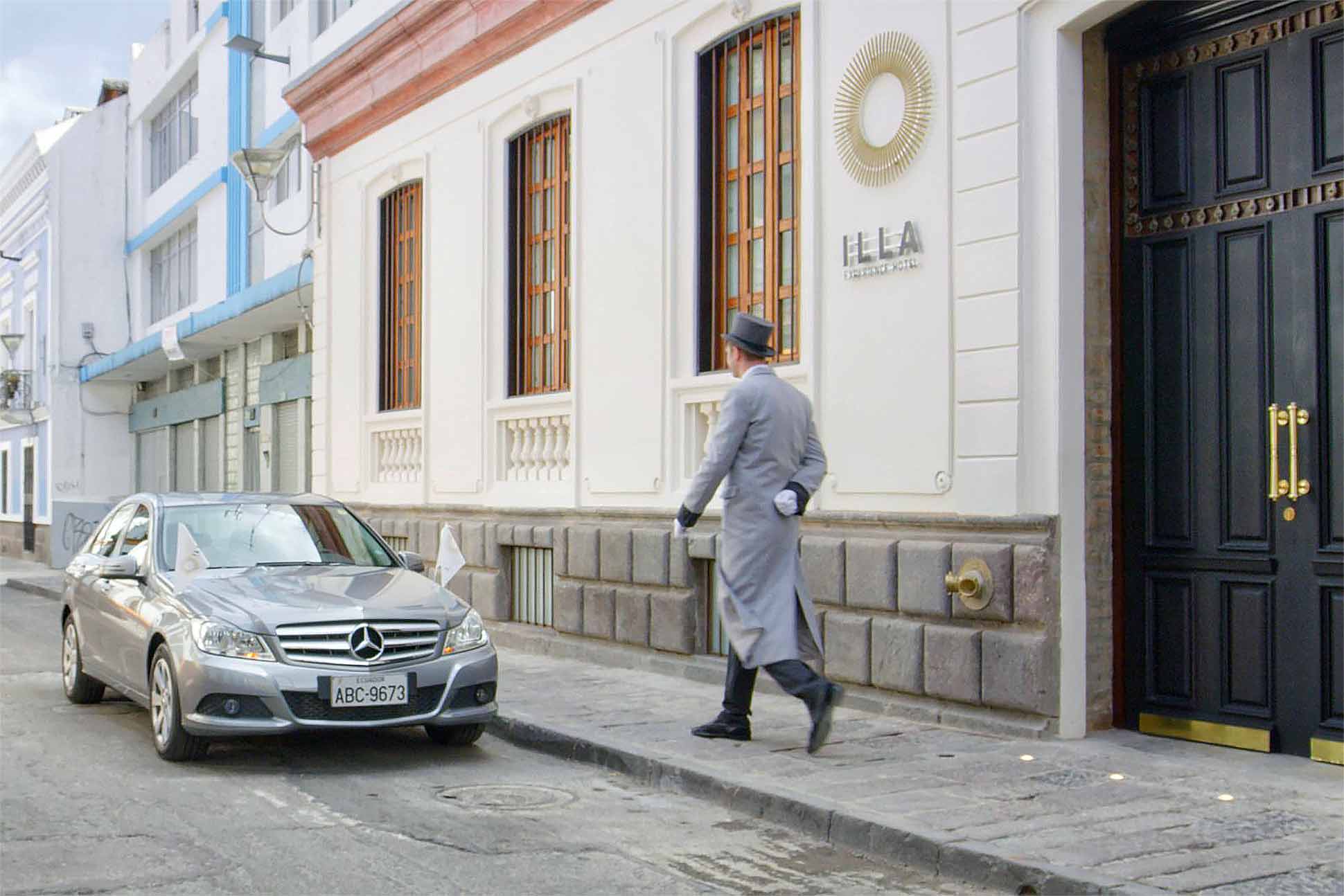 A true boutique, with just ten rooms, the Illa Experience Hotel occupies an adorable 19th-century building in San Marcos, one of the oldest and most charming parts of Quito.

The Illa Experience Hotel can be found nestled among beautiful old homes, quaint shops and local galleries that line the old cobblestone street. It may not be right in the midst of the UNESCO-listed Old Town, but it’s just a short stroll, providing guests with the added benefit of being slightly away from the bustle and tourists.

The neighbourhood has become somewhat of an extension of the hotel; the manager proudly showed us around, sometimes pushing through its doors and opening up its shops, as if it was their own home.

Taking advantage of the building’s quirky layout, the Illa Experience Hotel is set around a light-filled atrium, surrounded by the property’s suites on all levels. Like many a Quito story, this property’s design theme is old meets new: contemporary touches and art line its walls and stairwell, which leads up to a modern, open-kitchen restaurant (Nuema) and rooftop terrace, with views of “the bun” El Panecillo, not to mention some urban mural art.

It’s an intimate place, where we mostly felt as if we had the whole place to ourselves. Our suite was elegant. What we enjoyed most was that the team made our stay experiential. From little local touches in room; to tea stations with altitude-sickness busting beverages and bite-sized treats; to local ‘experiences’ that occur in the hotel’s lobby daily. There was Panama hat weaving, ice-cream making, and they even invited in some rather eccentric, creative locals. We enjoyed meeting an artisan who restores antique gramophones, in turn piping vintage music through the space, adding to its already ethereal atmosphere.