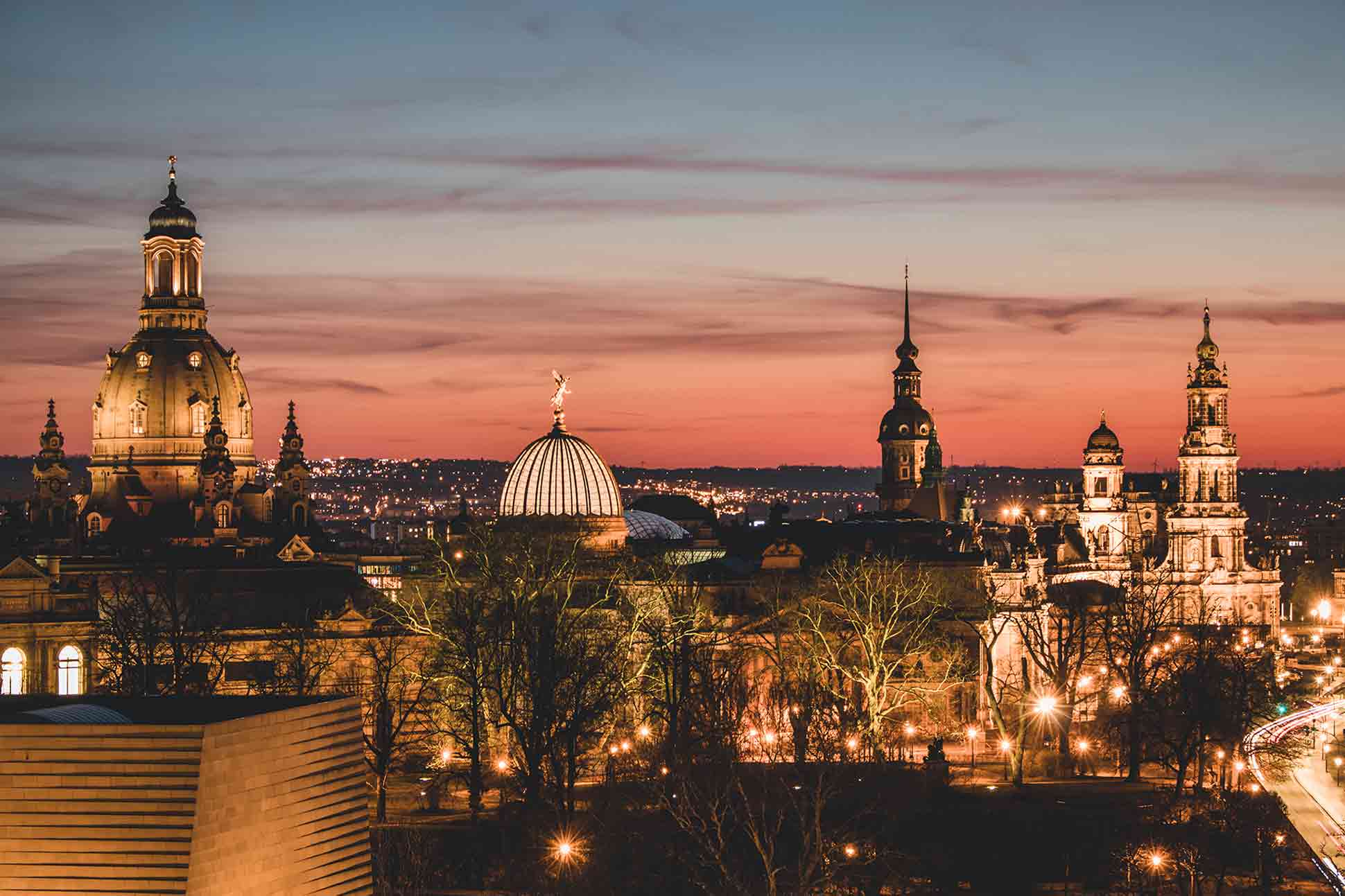 There are many destinations where Christmas brings unique, cultural wonder – biscuit-tin, snow-topped roofs, skate-able frozen lakes, quaint Christmas markets and ubiquitous choral music as a soundtrack. But for a lot of them, pandemic controls over live activities will mean that any celebration will be a low-key affair. But that’s not going to stop one German city – Dresden Elbland – from getting into the Christmas spirit. Christmas in Dresden is now available in every home.

When it comes to Christmas capitals, everyone has their favourites. Some of our Experientialists will pick the big city, bright lights of NYC as their destination of choice. Others might prefer the winter-wonderland of the Scandinavian city of Stockholm, Sweden instead. There are even some among us that would say, “Bah, Humbug!” to it all and head for the warmer climes of Thailand.

However, one beautiful German city aims to convert us all – Dresden. Touted as Germany’s most cultural city, the city’s culture institutions are offering up huge doses of cosy-Christmas inspiration this year.

The Auditiv Vokal Dresden, an innovative performance practice that places artistic work and vocal research in new contexts with science, politics and art, has come up with a novel advent calendar of ethereal music, featuring choirs and instrumentalists performing in the city’s regaled locations like the Frauenkirche and Staatsoperette, each day leading up to Christmas. We’ve opened the first couple of day’s aural journeys and we’re hooked!

This year, Dresden Philharmonics were supposed to celebrate their 150th anniversary together with the world-famous Staatskappelle Dresden. As the festival of music had to be done virtually instead, it means that we can all experience the splendour of their work without needing to secure what would usually be one of Europe’s hottest musical tickets. The orchestra performs music by Strauss and Schubert – who have ties to the city – perfect for those looking to channel a bit of Christmas in Dresden.

For those who want to link sound to sight, you can follow members of the Staatskappelle into Dresden’s Old Master’s Picture Gallery on their musical museum tour. And while you’re there, keep an OutThere eye out for some of its collection of antique statues, including Caravaggio’s famous St. John, on loan from Rome. It is surrounded by other great masterpieces all about male beauty.

The appreciation of men by other men is not something that’s confined to the Old Master’s Picture Gallery. Locals will happily tell you about Albrechtsberg Palace, one of the three manors overlooking the Elbe Valley. It was originally built in 1850 by a Prussian Prince who was exiled because of his love to someone who didn’t fit the expectations of his noble family. History repeated itself not too long ago, with another exiled noble, this time a Scottish peer, Earl Findlater. Banished from Scotland as rumour had it he was gay, he found his new forever home in Dresden with his male ‘secretary’. When the end of their days came, they were buried together, said to be the first time that a same-gender burial has ever happened in Germany.

It’s not all old masters in Dresden, however. If your tastes are more contemporary, there is plenty of that too. You can catch up with tenor Billy Andrews and his Leonard Cohen Hallelujah cover, with great imagery from the city, shrouded in a message of peace. And for OutThere families, the star-studded, live-action remake of Cinderella by Walt Disney features Dresden’s Zwinger Court as a model for the magic castle. As they say in the movie, “A dream is a wish your heart makes,” and today we’re dreaming of Christmas in Dresden.

Photography by Christoph Münch and courtesy of Dresden Elbland