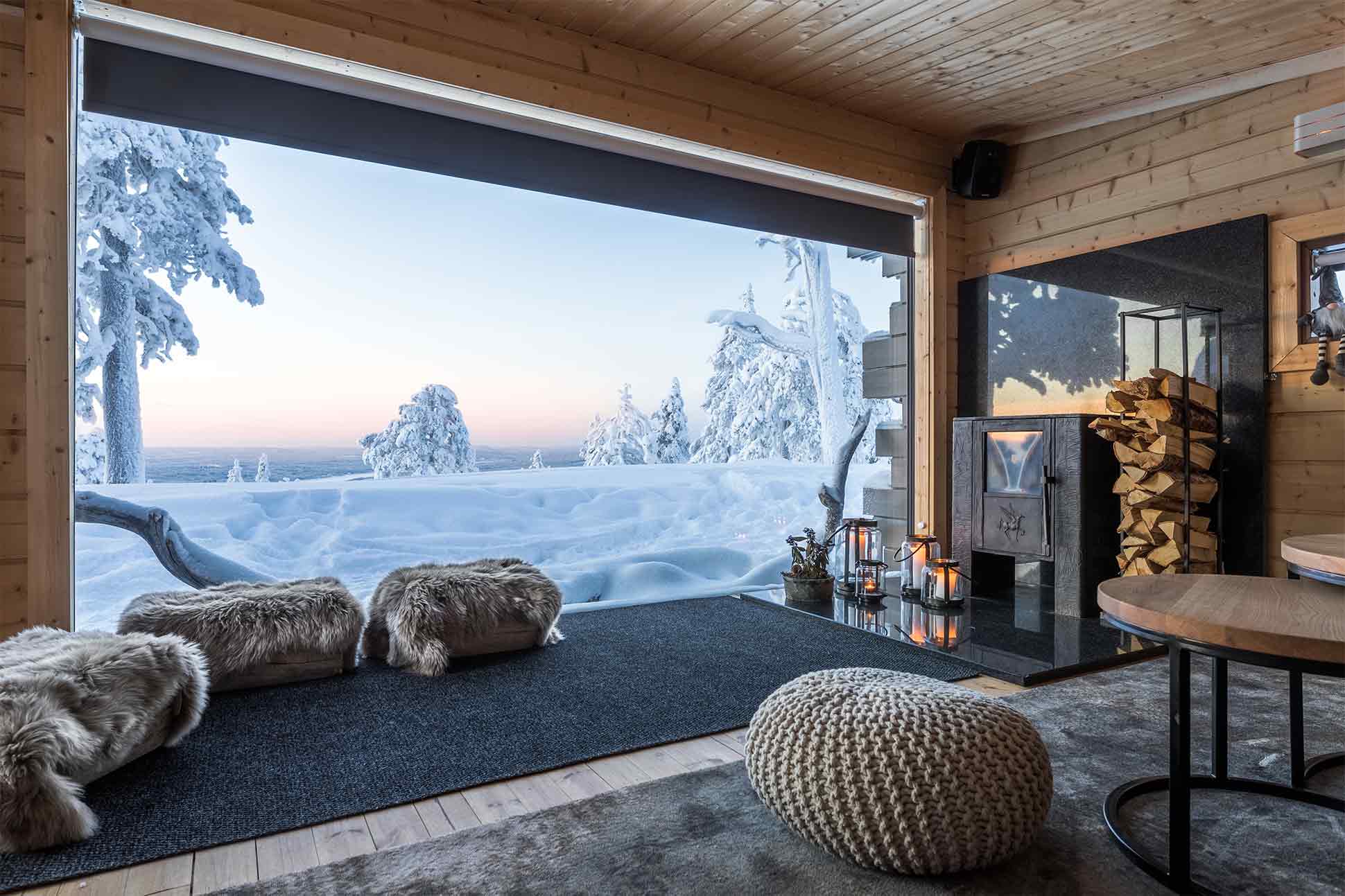 They say there’s a story to every hotel property. This one is one of courage and strength. When Janne Honkanen’s racing career came to an abrupt end in the late nineties due to a near-fatal accident in which he broke his back; then later, on recovery from what he was told was an inoperable brain tumour… he went on to set up high-end travel company Luxury Action in 2009, followed by the private wilderness reserve in Arctic Finland, Octola, which opened in December 2018.

Unlike a typical hotel, Octola can’t be booked on demand, only by request; and is best suited to groups of friends or families. Only partial or exclusive buy-outs are available – you can’t just book one room.

In total, there are twelve ensuite rooms ranging from 22 sqm to 48 sqm. Ten of Octola Private Wilderness’ rooms are in the main lodge (four in one wing and six in the other) and new in 2021 was a separate two-bedroom villa with two terraces, an outdoor spa bath, indoor sauna, kitchen and lounge.

Octola is a true retreat from the urban world. We found it particularly magical in winter when it’s lit up with golden lights, the trees are laden with snow and there is a camp fire burning outside. It’s peaceful, homely and cosy – on arrival we were given hand-knitted socks to wear and meals are eaten at long communal tables in an open-plan dining room. We got to know the friendly staff personally throughout the course of our stay: there is a 24-hour concierge, butler and chef Mika Kiviniemi who prepares meals from morning until night. It’s a truly special place, which has to be seen to be believed – easily Arctic Finland’s best kept secret.

Highlights include the outdoor hot tub and forest sauna lodge where you can spend an evening drinking with friends between jumping into the snow. Octola also has a fleet of e-fat-bikes, snowmobiles and ice buggies available to guests, as well as skis, snow shoes and sledges. Other recent additions to the property include a private karaoke and burger bar, and a glass roofed-cabin for romantic trysts.