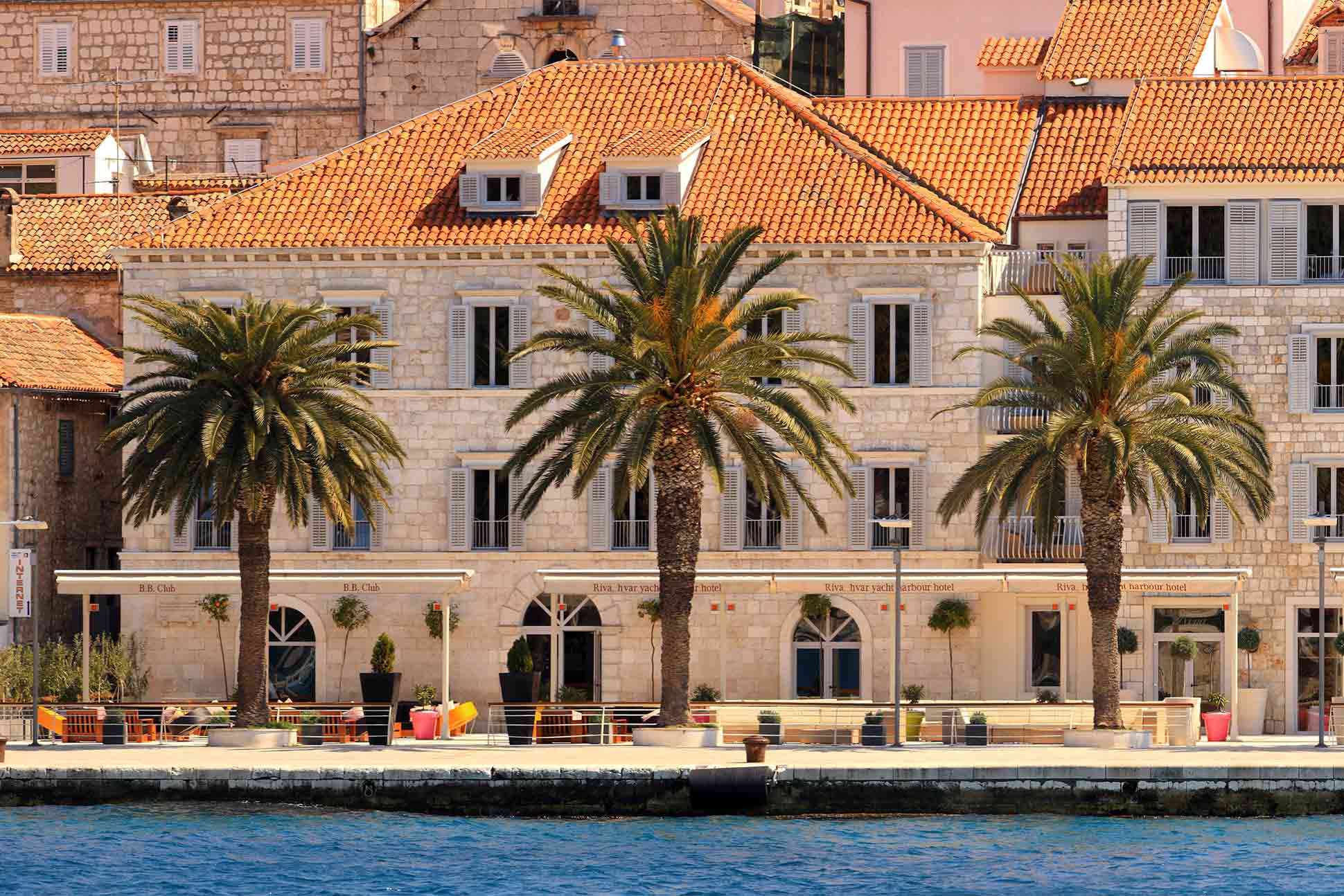 At the very heart of Hvar is the somewhat magnetic, young, fashion-conscious hotel that’s big with its yachting set, the 54-room Riva, Hvar Yacht Harbour Hotel.

Our room was appointed like a capital-city bolthole, rather on the small-side considering this is a holiday hotel, but it was perfectly well-formed. It came complete with a fabulous balcony and bay window facing the harbour, perfect for beautiful, or rather, rich-people watching. And when we had enough of that, we enjoyed our sun-trap of a private terrace instead.

As if Hvar isn’t already known as the St. Tropez of Croatia, the Riva adds to that reputation with its Hollywood-glam murals and white leather terrace bar. In fact, the hotel and destination in general pangs of the South of France, but with a distinctly Adriatic vibe.

Location is everything at the Riva, Hvar Yacht Harbour Hotel, situated bang smack in the middle of the city, facing the superyacht moorings. Being where it is, it’s party central at the height of summer; you’ll hear champagne corks popping to the cheers of revellers and Euro-disco coming at you from every imaginable direction. Sleep is not particularly high on the agenda here – except during the daytime – but as they say, “if you can’t beat them, join them.”