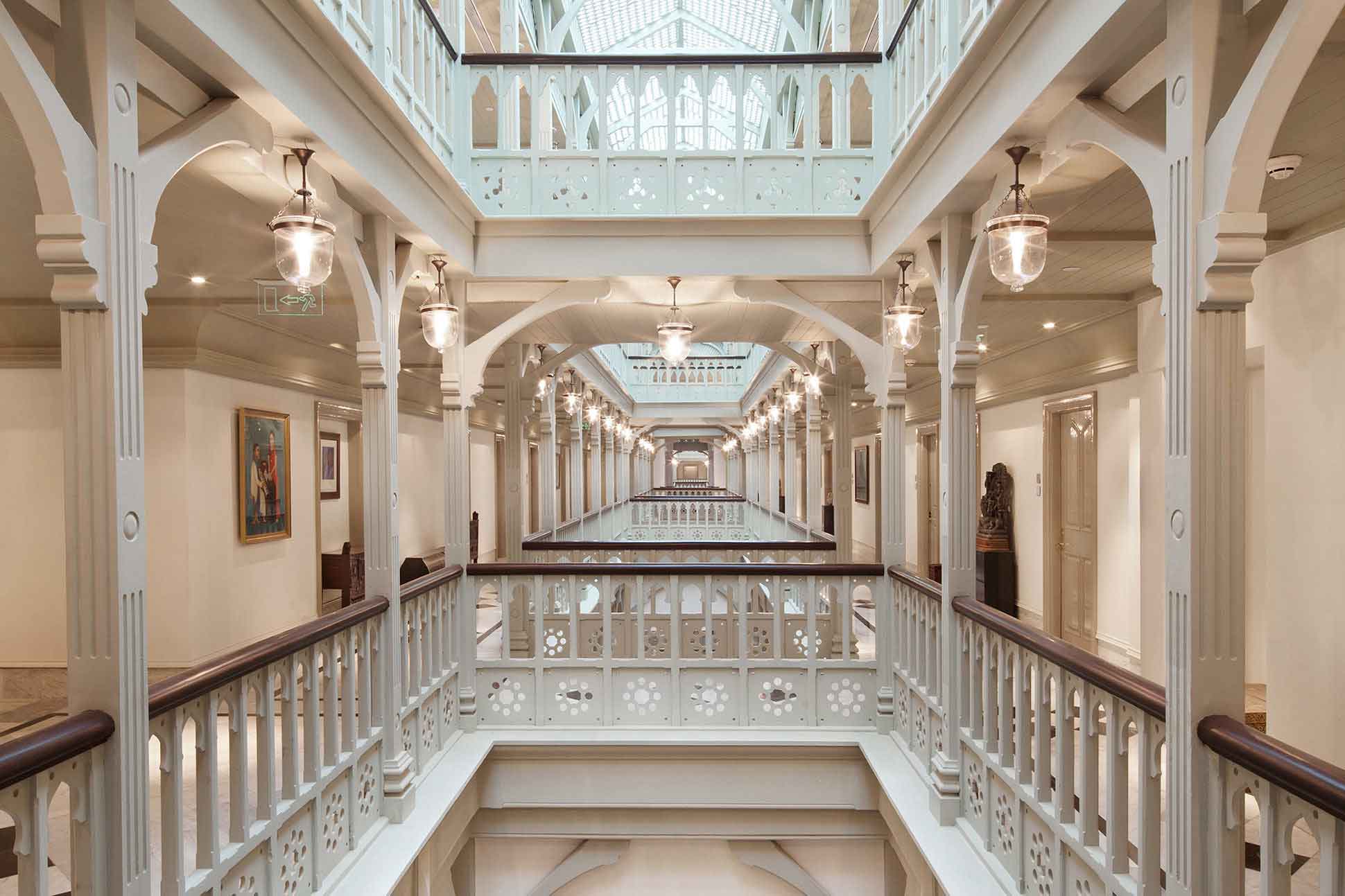 This palatial grande-dame complex is easily the most iconic building in the bustling city. A residence fit for royalty, it’s played host to kings, queens, heads of state and celebrities since it first opened its doors in 1903. If its walls could talk, it would tell a thousand tales – like the one of George Harrison being taught the sitar here by Ravi Shankar in 1966. You can channel that energy for yourself by staying in the same Ravi Shankar duplex suite we did, just one of the many to choose from, each complete with a huge, cloud-like bed for the perfect night’s sleep.

The Taj Mahal Palace is very much a destination hotel and there is so much on offer that you can easily spend your days and nights without ever leaving the hotel. In fact, we only did once and that was on the recommendation of our butler, who’d noted our interest in the city’s historic architecture. He mentioned it to the concierge, who in turn arranged a private guided heritage walk around the neighbouring Colaba district – home to the Gate of India arch monument on the waterfront – returning us to the hotel just in time for tea, which came as part of our suite package.

Our days began with a wake-up ritual of yoga in the property’s lush tropical gardens, followed by a sumptuous breakfast, either al fresco by the pool or in the charming colonial Sea Lounge that overlooks the harbour. Other meals were taken in one of the hotel’s many restaurants, with flavours from all along the Spice Route, including Japan, Sichuan and the Middle East.

Our hot tip – whether you’re starting your trip in Mumbai or ending an adventure here – take advantage of the skilled therapists and signature wellness treatments at the hotel’s brand-new Jiva Spa. You won’t regret it.