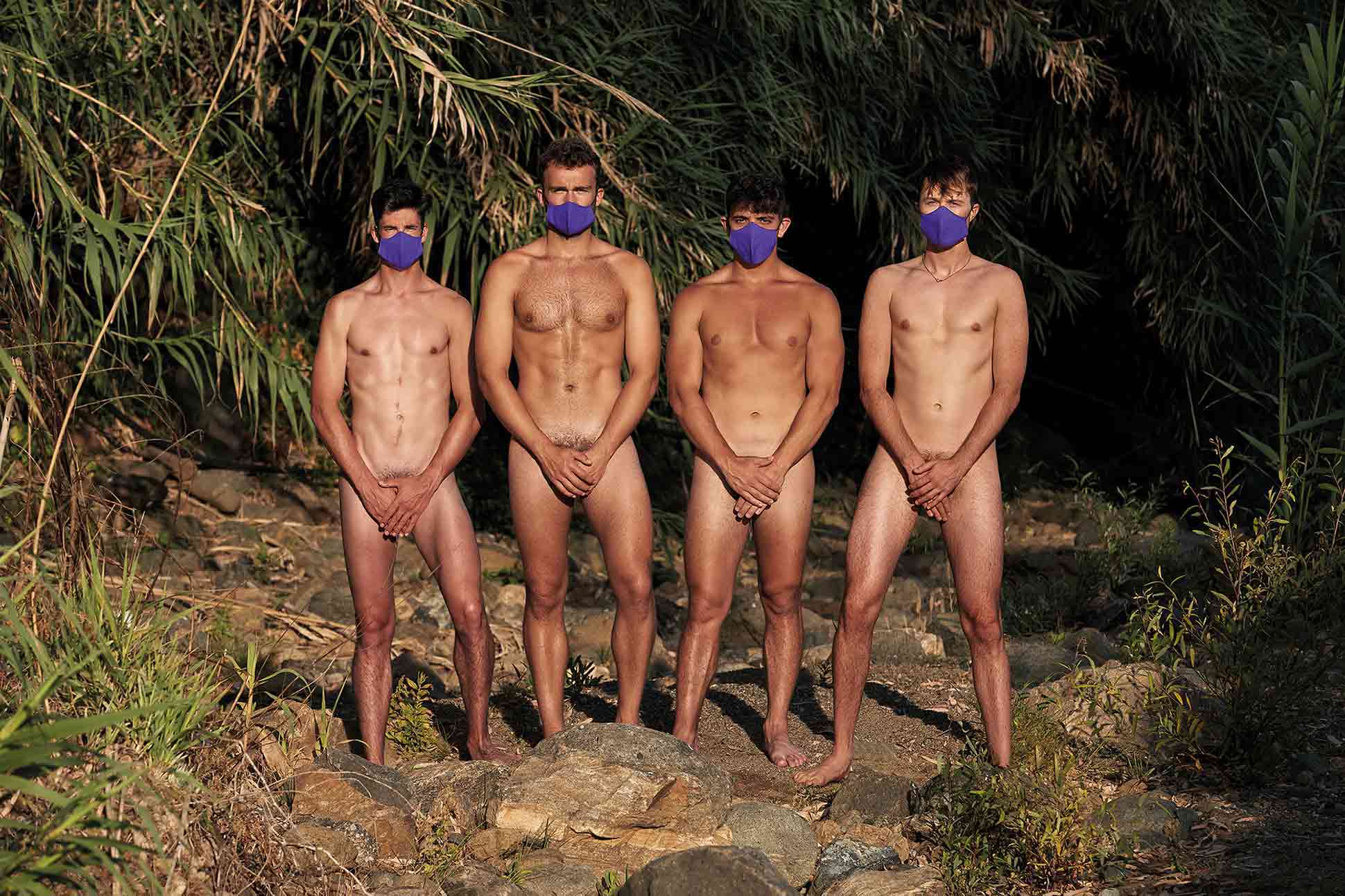 The new 2021 Worldwide Roar (formerly known as the Warwick Rowers) calendar launches – its 12th edition – featuring male athletes posing nude for healthier masculinity. Shot in Andalucía, Spain, the calendar offers a ‘fresh look at men’ and goes some distance to question ‘hegemonic masculinity’. It also raises money for its charity, Sport Allies – an organisation that promotes sport as an inclusive and supportive route to personal growth for everyone.

While we’re proud to be associated with Worldwide Roar (our Editor-in-Chief is a trustee of their Sport Allies charity), we also understand that you may perceive some of the campaign imagery as “NSFW” (not safe for work). But given most of us aren’t technically “at work” at this time, we are thrilled to be able to bring you some news (and views) that will brighten up your day.

The 12th edition of the annual, award-winning male nude calendar launched this week, amplifying its campaign for healthier masculinity with the question: “How do we want to look at men?”

After all, looking at men is something the globally renowned fundraising calendar knows all about, for over a decade featuring the mainly straight male rowers from a UK university’s sports club, who got naked as a gesture of solidarity with LGBT+ men who can sometimes feel excluded from sport. It continues to challenge homophobia, but today its mission is more holistic, bringing topics like male privilege, misogyny, mental-health and structural prejudice – hegemonic or what is often called ‘toxic’ masculinity – to the fore. The project recognises that it is this ‘pandemic’ – ironic in this age – that has been destroying lives, especially LGBT+ ones, for centuries. By challenging men to ask how they are looked at – and as importantly, how men look at each other – it believes it can help them to grow by embracing their vulnerabilities.

What has this got to do with OutThere travel, we hear you ask? Well, apart from it being a project dear to our hearts, the calendar was shot in the beautiful and lesser-visited parts of Andalucía, Spain – a region well known for its positive human rights and social equality. In response to lockdown considerations and concern for the welfare of everyone involved, the WR21 calendar was shot entirely at relatively remote locations in the Malaga province like La Mairena, a hilltop community popular close to Marbella and the Costa Del Sol, yet connected to open spaces and nature. The team also shot in Ojén in the mountains and rivers of the Sierra Blanca and near the estate of Julio Iglesias, as well as Lake Istan, created in 1972 by damming the Rio Verde.