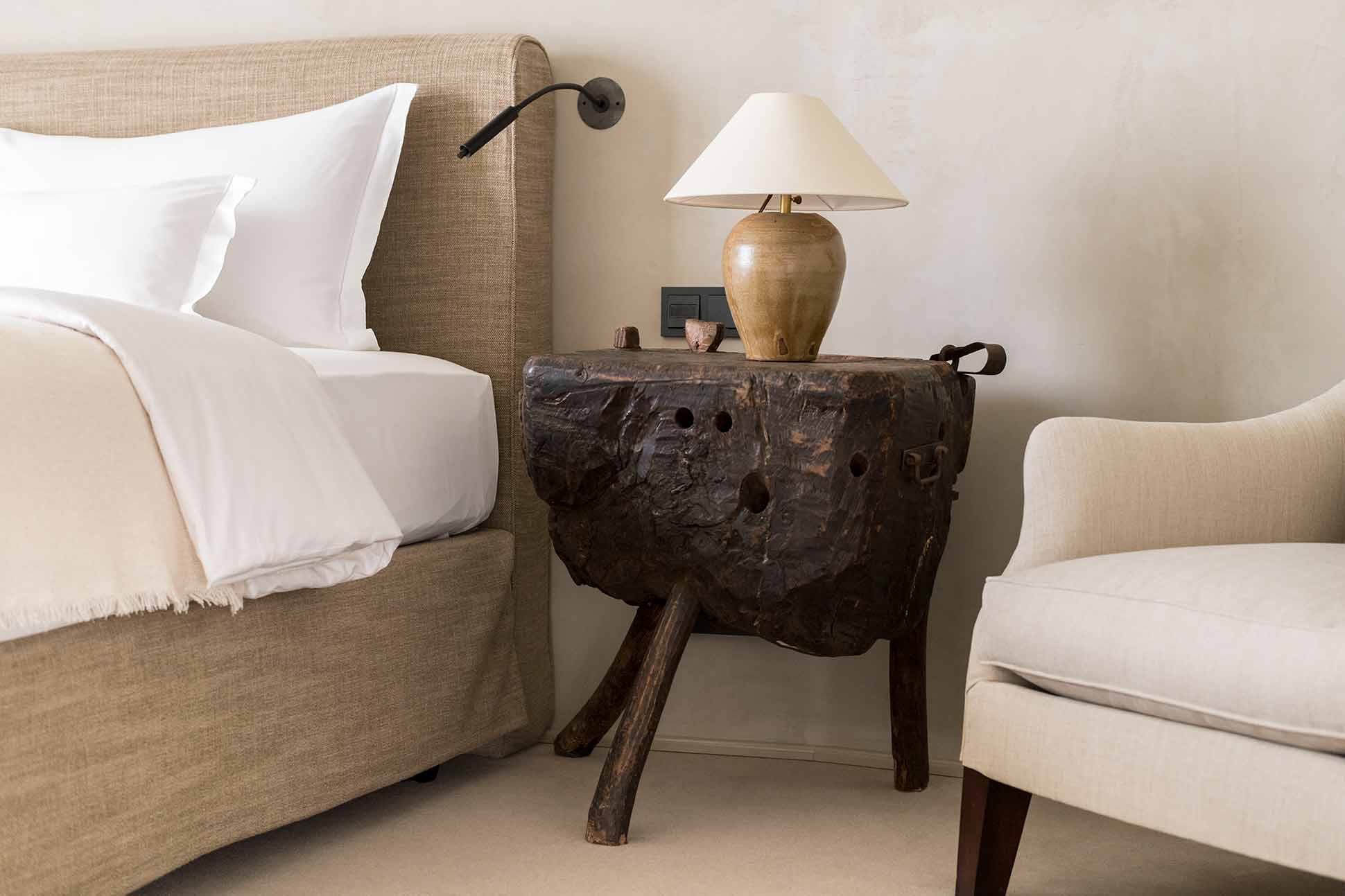 Belgian designer to the stars Axel Vervoordt’s own brand of minimalism and curio-curation invokes a sense of serenity, mindfulness and focus on what is important in life. We’re inspired by his exquisite work – one of the only hotel engagements he has ever taken on – at Munich’s Bayerischer Hof. Axel Vervoordt’s captivating and timeless designs are sure to #keepyourmindtravelling and perhaps even influence some change in your home life.

Minimalism is in vogue, you just have to fire up Instagram or Netflix to see just how many soothsayers of the movement are poised to teach you the steps to take, to declutter your life and with it your soul. For us, minimalism is more a state of mind and less of a set of rules. It’s about making the most of – perhaps even amplifying – what you have and need, rather than obsessing over what you want. It is all about introspection and values; and seems rather poignant at this time.

Embracing minimalism has many benefits. Decluttering both the physical and mental helps us breathe, it re-energises. Oftentimes, it gives us the clarity we need to decide on our next steps. It can free up time for us to focus on the things that we really enjoy, the things that are important to us. These are also reasons why we travel or go on holiday – there are great parallels between the two.

We recently caught up with Innegrit Volkhardt, General Manager and great-granddaughter of the Bayerischer Hof in Munich, one of Germany‘s top heritage hotels. She told us the story of how she persuaded Axel Vervoordt – who doesn’t usually design hotels – to create a minimalist, emotional and awe-inspiring experience at her’s.

At Bayerischer Hof, Axel Vervoordt elevated the grand dame – that in its history has traded heavily on its opulence and maximalism – gracefully into the 21st century. He has permeated an aura of calm throughout the hotel, while still paying homage to the property’s rich history. Using rich colours and subtle textures, he amplifies the beauty of the functional and uses light and form to theatrical effect, creating a soothing space to inspire mindfulness.

We’re thrilled to showcase a collection of images from Bayerischer Hof / Axel Vervoordt below. We hope it brings some inspiration to your life at home in current climes. Remember though, minimalism is a philosophy; not a religion. And it’s not just about mindful aesthetics: Axel Vervoordt’s guiding principals are all about focussing on what brings you joy, spending time on your passions and living openly and in the moment. We couldn’t agree more.