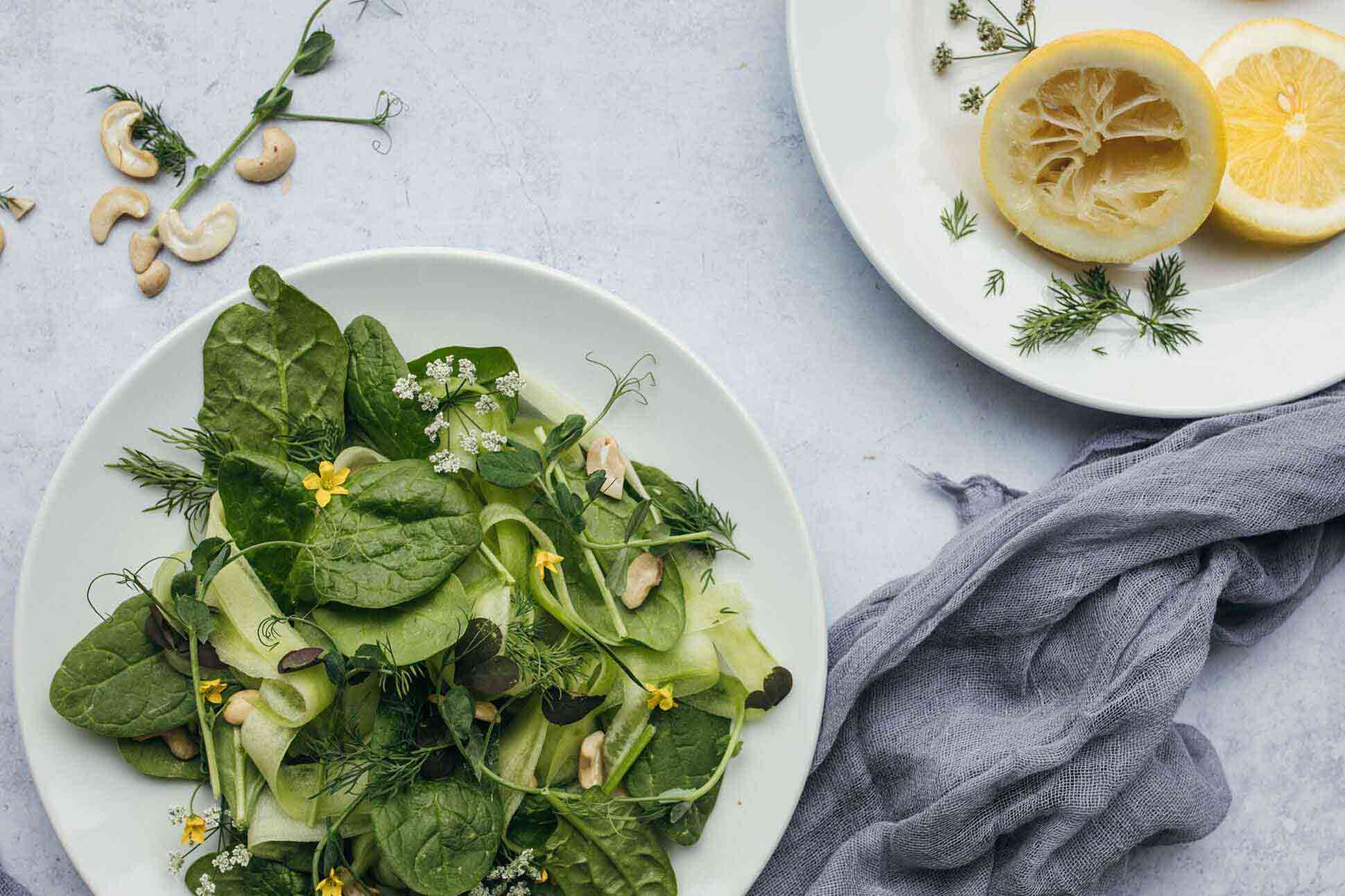 National Vegetarian Week:
Around the world in plant-based meals

As the year goes by, it can get hard to draw the line between the last week of April and the first week of September; not least, because seasonal climates have proven to be somewhat unreliable in recent years. But one particular week offers a welcome change to the calendar – and it might just help on the climate front, too.

National Vegetarian Week, an initiative supported by Stephen Fry and Ab Fab ‘darling’ Joanna Lumley, has come around again, encouraging flexitarians and the culinarily curious to ditch T-bones for tofu and tempeh bowls. Vegetarianism does, admittedly, sound a little tame to plant-powered millennials scanning Instagram for recipe ideas in 2019: at eighty million mentions, the ‘vegan’ hashtag scores four times the numbers of its older sister. But who am I to judge a campaign inviting people into the discussion?

On my personal travels, I’ve roamed wet markets in rural Vietnam and hole-in-the-wall eateries in Marrakesh in search of meat-free meals. I’ve survived (some would say thrived) on plants for half of my life, making me a bit of an expert when it comes to veggie travels. Needless to say, there have been more than a few excellent green restaurants along the world’s winding roads. So where is good to veg out, you ask? Why Seattle of course! But I also enjoyed sustainable dining experiences in LA and Japan on recent trips.

In Washington’s Emerald City, the life-saving Happy Cow app led me to Café Flora, where scrumptious meals and cocktails are served al-fresco in a spacious atrium. The restaurant is set in a converted Laundromat, though I found its ambiance much more reminiscent of a Parisian bistro: think woody perfumes, not laundry detergent smells wafting through Flora’s interior. In any case, I stuck my nose (not literally) in a glorious Portobello Wellington, served alongside pecan pâté, seasonal vegetables and Madeira wine sauce. This place is by no means fancy, but every bite made my tongue tickle with the sophistication of locally sourced produce, prepared with finesse.

Travel south along the West coast from here and you’ll eventually end up in the homeland of America’s veggie-scene: California. Following an invite by a newly opened hotel in Santa Monica, I recently found myself in LA where I stumbled, somewhat luckily, over WeHo-based Gracias Madre. Here, I feasted on young coconut ceviche (you’ll never go back to Peru’s fish-based version) and stewed nopal cactus with cashew cream. Thanks to its location between Hollywood and Beverly Hills, Gracias Madre doubles as a magnet for celebrities and yoga moms alike – though if you want to pass as a local, don’t cause a scene when famous vegans Joaquin Phoenix or James Cameron walk through the door.

Across the pond, celebrity spotting isn’t quite the raison d’être of Kanrantei Tea House in Japan’s Matsushima Bay. Instead, I was treated to views of the bay’s 260 tiny islands covered in pine trees. ‘Kanrantei’ means ‘place to view ripples on water’ and that’s just what I did after a long day of exploring the Tōhoku region. The 400-year-old teahouse once served samurai and royalty, though to my great delight, they have resolved to serving vegetarian delicacies only these days (no puns intended). I enjoyed a cup of matcha tea here, alongside traditional Japanese sweets. Try the shiruko, a sweet porridge of azuki beans topped with mochi and chestnuts. A surprisingly flavoursome dessert and views of a moon rising above the bay in the evening hours: I can’t think of a better place to celebrate National Vegetarian Week – though frankly, I’d eat here any week of the year.