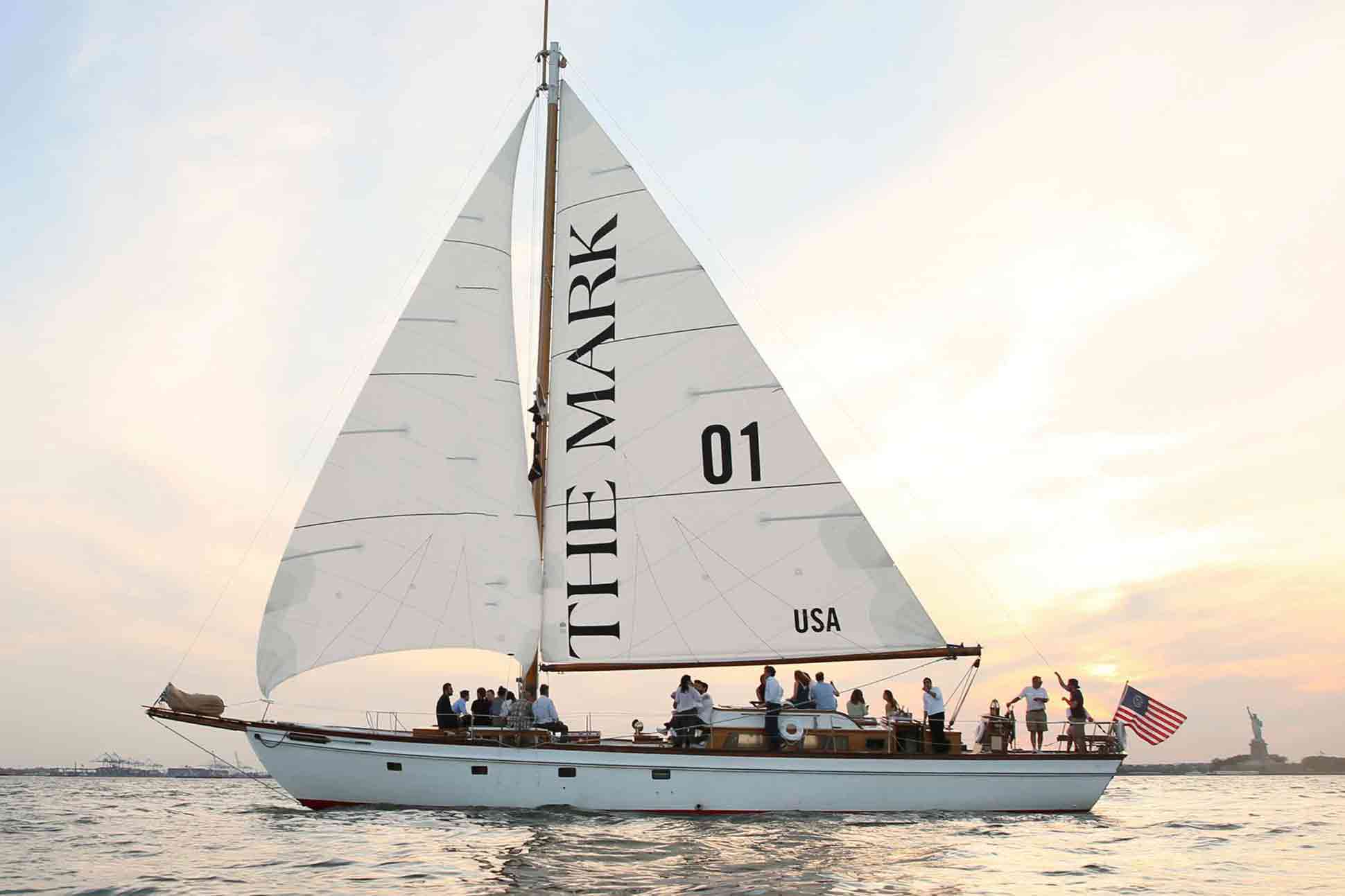 Last year, in putting together our Monumental NYC Issue, we did something that we hadn’t done before in over a decade of travelling to the Big Apple: sail by yacht around Staten Island. Given New York City is a destination that keeps giving, but discovering the lesser-visited borough by sailboat was a unique experience that for ages after had us guessing why more people don’t do it, considering the city is surrounded by calm water.

So we’re relieved (and excited) to hear that The Mark, a hotel synonymous with Manhattan luxury has stepped up to the plate, with an extension of the property sat in Tribeca’s North Cove Marina. A dazzling 70-foot sailing yacht originally designed by naval architect Nathanael Greene Herreshoff in the early 20th century, The Mark’s private vessel is not only a stunner, but also a rare first for an NYC hotel (though it’s far from the only game-changer in The Mark’s experience portfolio).

If you thought there wasn’t a view of New York you haven’t already seen, trust us when we say that gazing out at Manhattan’s skyline whilst cruising down the Hudson en route to the city’s iconic harbour will give you a whole new perspective on the Big Apple.

What, you’re a nervous sailor? Don’t worry: seafarers will find all the comfort they need in the vessel’s exclusive canapés menu, created by The Mark’s very own resident chef Jean-Georges Vongerichten. It’s an excursion in its own right.