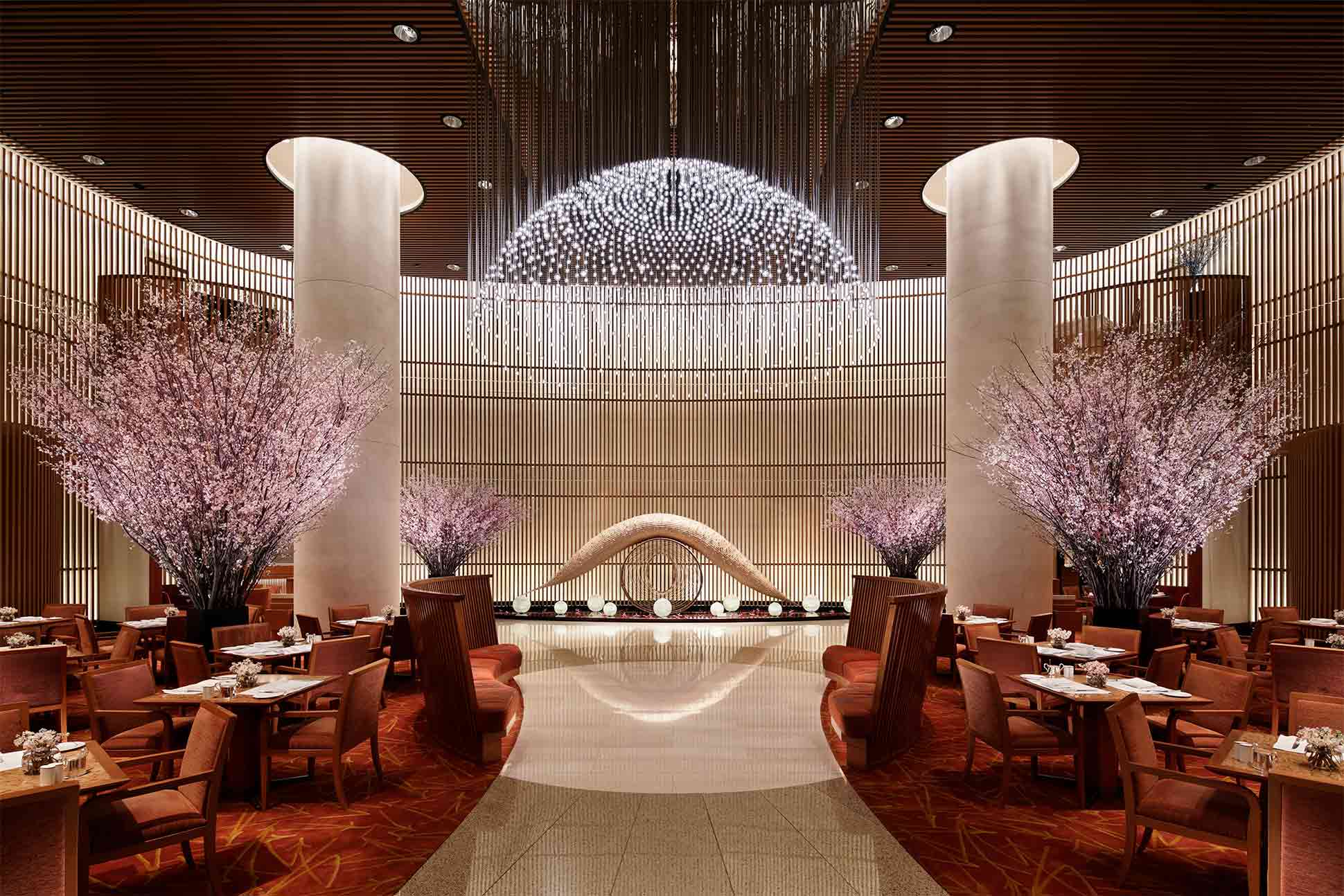 Towering high above Tokyo’s upmarket Marunouchi is The Peninsula Tokyo, itself accenting the skyline of the city’s commercial district. The modern skyscraper it is in is supposedly inspired by a tōrō, or traditional Japanese lantern, summing up the five-star hotel perfectly. It offers classic but timeless luxury accommodation in the beating heart of this hyper-modern city.

Looking out to the horizon over the Japanese capital from The Peninsula Tokyo at sunrise after we arrived on an overnight flight is a splendid sight. After all, this is the land of the rising sun. We watch Japanese salary-men do their morning exercises in unison in neighbouring towers as the city slowly awakes. The Imperial Palace, situated just below us, breaks the ‘desert’ of tightly packed office buildings, its gardens like an oasis of tradition in 21st century Japan.

What we see outside is reflected inside too, in our one of 47 suites that take inspiration from old Japan – black lacquer furniture, kimono-thread patterned carpets and pared-back minimalism when it comes to design. It all works together to make the most of the spectacular view, that changes as dusk falls and the city lights up at night. And around the clean-lined hotel room staples is all the technology you’d expect from a Tokyo hotel, electric toilet included, of course. There is clearly keen attention to detail, here.

To rid ourselves of our jetlag, we made use of the hotel’s spa, opting for their signature Keihatsu Enlightenment Massage, followed by a swim in their lofty 20-metre pool, again with a view (you see a pattern forming here). It took us to a whole new level of zen.

Each morning, we enjoyed an elaborate Japanese breakfast (why not?) – in the latticed-walled lobby (again a modern interpretation of traditional design) – perfectly cooked morsels delivered in a beautiful lacquer box, a piece of culinary art.

Speaking of art, the hotel boasts an enviable collection of over a thousand pieces, mostly by Japanese artists. We made sure to take time to study them during our stay. Like in many hotels worldwide, the works are ubiquitous – in common areas and in-room – so we wanted to make sure that the spectacular specimens weren’t missed or mistaken for decor.

Back to gastronomy, a highlight of our time at The Peninsula Tokyo was dinner at Peter, the hotel’s contemporary Japanese grill on the 24th floor. What a treat it was – and the service just perfect.

While opulent and luxurious, we have to say that the Peninsula Tokyo, at time of visit, was starting to show its age. With Japanese outposts of many of the world’s most luxurious hotel brands clustered around it, some of which brand new, we felt the hotel may need to consider upping their game to stay in competition. But true-blue Peninsula fans like us will see past the aging aesthetics – we all know that what really makes a great hotel is more than what meets the eye. And the Peninsula Tokyo has this in abundance.

Photography courtesy of The Peninsula Hotels