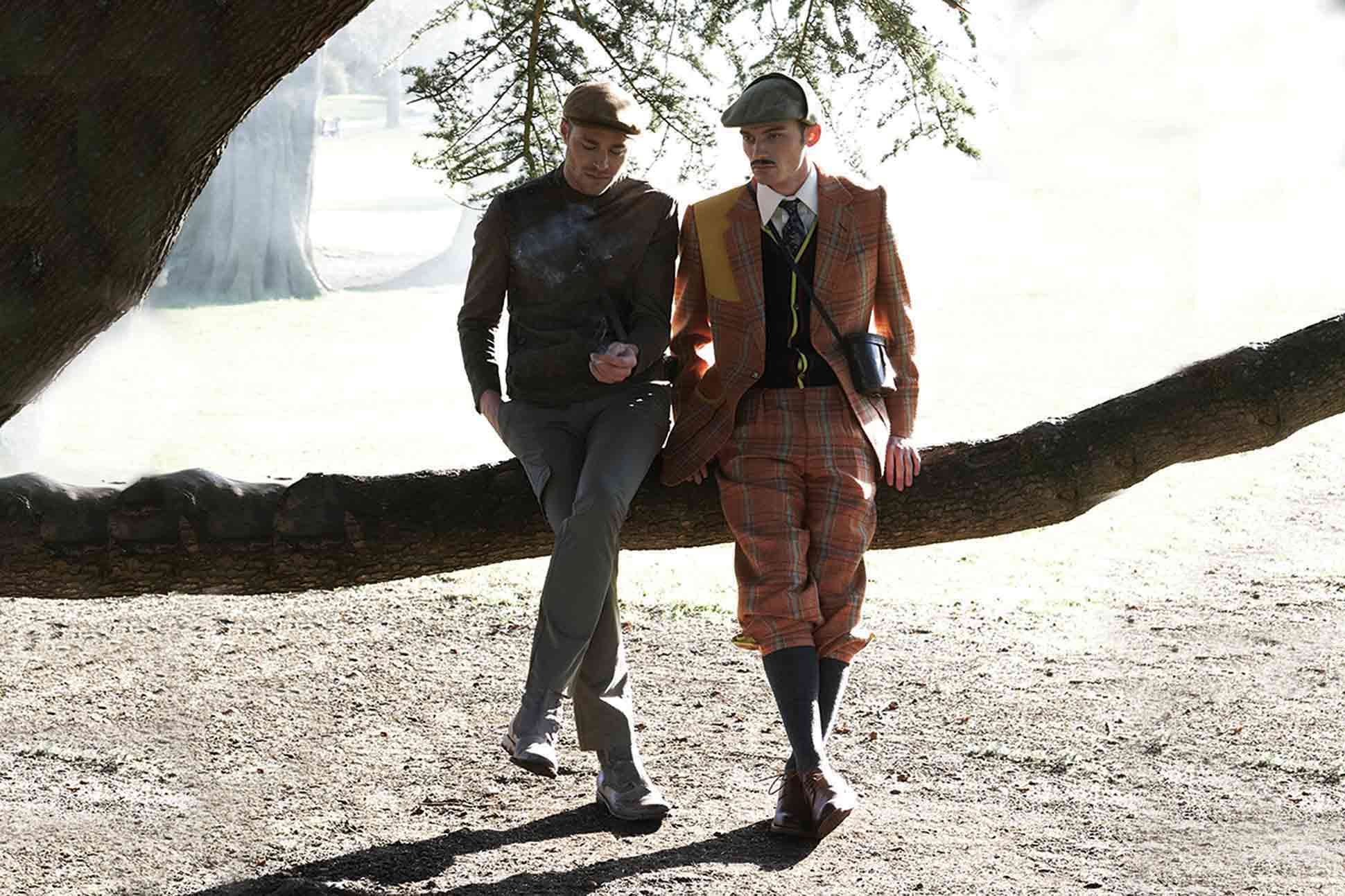 If there was ever a reason to go to romancing in Oxfordshire, the Belmond Le Manoir aux Quat’Saisons tops the list, with its two Michelin stars offering foodie and luxury explorers gastronomical finesse, for almost three decades. But beyond the award-winning food, the whole experience is intimate and special, set in a breathtaking 15th Century manor house with beautiful, extensive grounds, just 10 miles from the majestic city of Oxford. This is romance at Belmond … with a queer love story to boot.

This part of Oxfordshire has always carried some deep romanticism for us. We’ve longed to spend time here ever since we read Evelyn Waugh’s evocative story about the aristocratic British way of life a century ago, Brideshead Revisited. The area is believed to have inspired the nostalgic masterpiece.

It’s been over 50 years since the author passed, but fresh perspectives have emerged about the bisexual author’s life and the inspiration for his work, by diving deeper into his memoirs and manuscripts.

Brideshead Revisited glorifies the British upper-class – as rich, beautiful and bored – each with first-world problems and not much to do, but drink and be sexually adventurous. It was, after all the roaring twenties. The book draws heavily on Waugh’s bohemian times at Oxford University, just up the road from Belmond Le Manoir aux Quat’Saisons and his intense relationships with his male friends, with an LGBTQ gaze drawn firmly towards the character that is the gorgeous, charismatic and gay, Lord Sebastian Flyte. While Brideshead in the book itself is in Wiltshire and the movie filmed in Yorkshire, it is said that for Waugh, it was this very part of Oxfordshire that inspired a lot of the scene-setting and storytelling for the book.

While in the 1920s, homosexuality was still very much taboo, Oxford was said to be a hotbed of gay exploration and many of Waugh’s contemporaries corroborated. At just 19, Waugh got really close to a handsome 18-year-old Alastair Graham, who he described in his own words as “a friend of the heart”. Rich, aristocratic and dreamy, Alastair became a great love of Waugh’s life and many would say the most obvious muse for the character of Sebastian. To prove the point, in the manuscript for the book, the name Alastair appears twice, scrawled out and replaced with Sebastian.

Waugh and Alastair remained inseparable throughout his tenure at Oxford and they would often spend time in his two-seater sports car, tearing off into the stunning Oxfordshire countryside – a romance at Belmond Le Manoir aux Quat’Saisons’ grounds perhaps – where they would drink, frolic and picnic in the woods away from prying eyes to enjoy their fondness of each other. We’d like to think that at some point, they may have even ventured onto the property and its gardens; how exciting if they did.

The jury is still out on whether the homoerotic undertones of the book reflected Waugh’s real-life with Alastair. But for us hopeless romantics, it seems pretty clear. In any case, his alluding to the love between the two men, whatever the context, inspired us immensely as travel writers, particularly as it gets closer to Valentine’s Day.

We hope that when the pandemic is over, we’ll be able to bring our own Sebastians here to celebrate a deferred Valentine’s Day and experience the romance of Belmond. Whether they’ll fall for Oxfordshire in the way we have, we’re not sure – but we reckon a stay at the Belmond Le Manoir aux Quat’Saisons should do the trick.

Photography by David Edwards and courtesy of Belmond