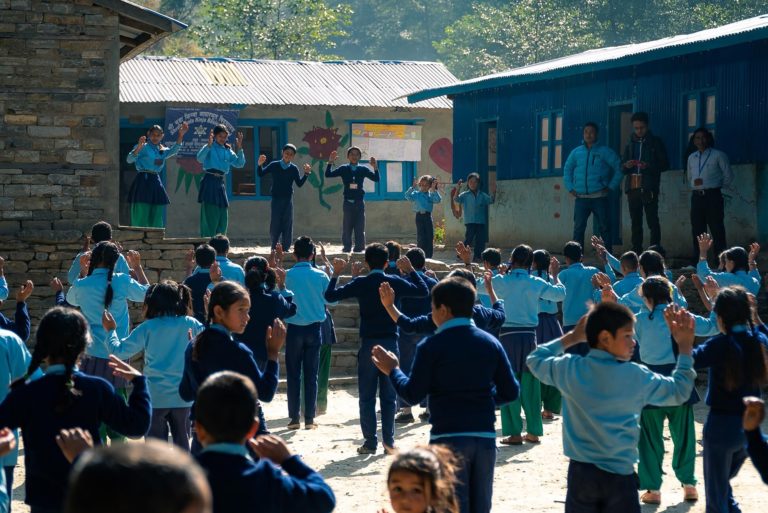 Volunteer into adventure with the Juniper Trust

We are super excited to learn about a voluntourism initiative for The Juniper Trust, a charity that directly helps many of the poorest countries in the world.

The trust’s objective is to work on low-impact, sustainable initiatives that support children in the poorest communities in the developing world –currently across several projects in Nepal – initiatives that have been devastated by COVID and in need of further funds ahead of Winter 2020.

The Nepalese Himalayas have some of the world’s most treasured mountain trails and walks; and in recent years has seen an onslaught of adventure tourism. Yet, the people of Nepal struggle to feed, clothe and educate their children. Since its devastating earthquake in 2015, the trust has focused on the reconstruction of damaged schools in remote areas that would otherwise receive little help, having rebuilt some 18 schools, including a hostel for blind students in Kathmandu.

In 2021, the Juniper Trust is set to embark on its 19th project in the remote village of Maili. This village has been using a temporary school since the earthquake and gets no aid from the outside world. A JustGiving page has been set up to solicit donations, but nothing will get you as involved as being a volunteer with the charity’s Adventure Aid Nepal. After two successful annual trips where a group of 16 lucky volunteers are invited to spend 18 days with the villagers, the trust is calling for entries for its October 2021 journey – directly helping the villagers in Maili, to rebuild their school and reforest the surrounding area. At the end of it all, there’s a trek to the magnificent Pikey Peak.