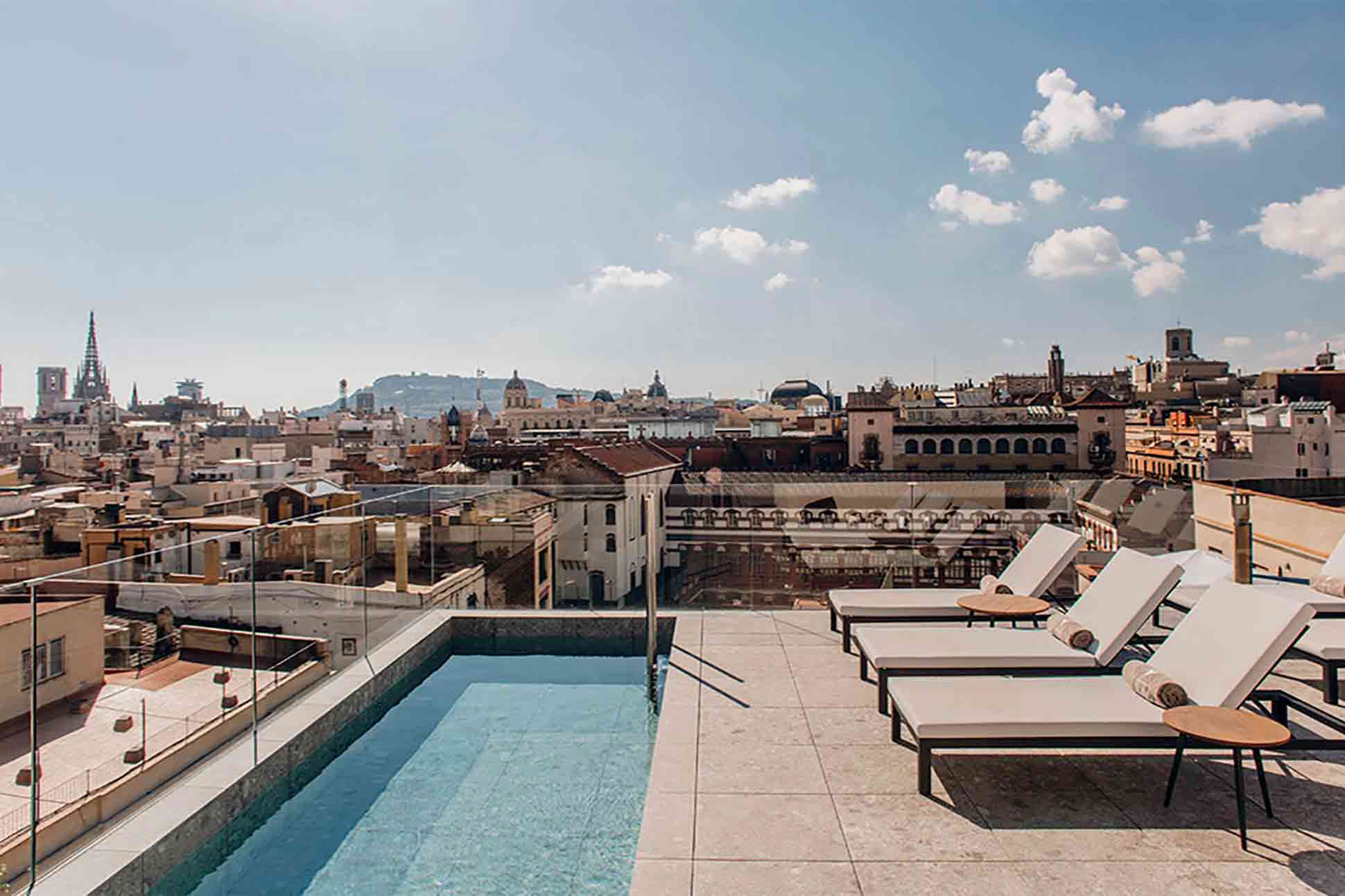 There’s a lot to be said about this super-contemporary hotel in trendy El Born. A proud Preferred partner, Yurbban Passage Hotel & Spa offers a sensual escape, top-notch gastronomy and exceptional value, hitting all the right notes.

They say to always follow your nose on travels and, when doing so in Barcelona, you’re likely to end up at Yurbban Passage Hotel & Spa. The city’s most fragrant place to stay, Yurbban is engulfed in a scent somewhere between a herbary and an Aesop store – from its statement-lobby featuring an eye-catching Jaume Plensa sculpture to the gorgeous spa and the hotel’s sixty zeitgeist-hitting rooms.

Aesthetically, Yurbban Passage positions itself as a noteworthy Barcelona example of contemporary chic with an industrial imprint: its undeniable charm owes much to the building’s former use as a textile workshop, and being located in the creative El Born neighbourhood, it’s steps from the city’s trendiest retail and culinary experiences. Should you wish to venture out further, we wholeheartedly recommend Yurbban’s bike hire scheme and its custom Google Maps page bursting with exclusive insider tips.

Though you could also just relax on your room: ours was an oasis of calm, featuring a natural colour palette, luxurious brass light fixtures, marble tabletops and a pillow menu offering ultimate comfort – we sprayed our chosen cushions with a soothing oranges and lavender pillow spray we found on our room one night, one of several thoughtful gestures in Yurbban’s experiential repertoire. Meanwhile, our bathroom boasted some welcome touches, too: think a rain-effect shower, waffle-knit bathrobes and, of course, sensually aromatic toiletries. The only thing couples will search for in vain is a second sink, though we can’t say this bothered us.

Breakfast at D’Aprop, the hotel’s popular restaurant overseen by Michelin-starred chef Xavier Franco, was a casual affair and every bite we took was a delight (who knew an ensemble of hummus varieties could excite us this much?). It’s here, we thought, that Yurbban showcases a more playful brand of interior design; a subtle contrast to its otherwise crisp contemporaneity. We very much approved of this, as well as of our favourite waiter, a charming Anderson Cooper lookalike.

Yurbban’s rooftop terrace and plunge pool with generous views over Barcelona were a treat, too, although we preferred spending our evenings in the adults-only and entirely vegan Signature Organic Spa. The subterranean retreat beckons with everything from a steam room with a pretty stars-in-the-sky effect to a second pool under its vaulted ceiling, which harmonically echoes the spa’s meditation playlist.

Travellers looking for a ‘hotel for the senses’ would be well advised checking into Yurbban, not least because it offers fantastic value: a four-star boutique address, we thought the hotel ticked no small amount of five-star boxes.