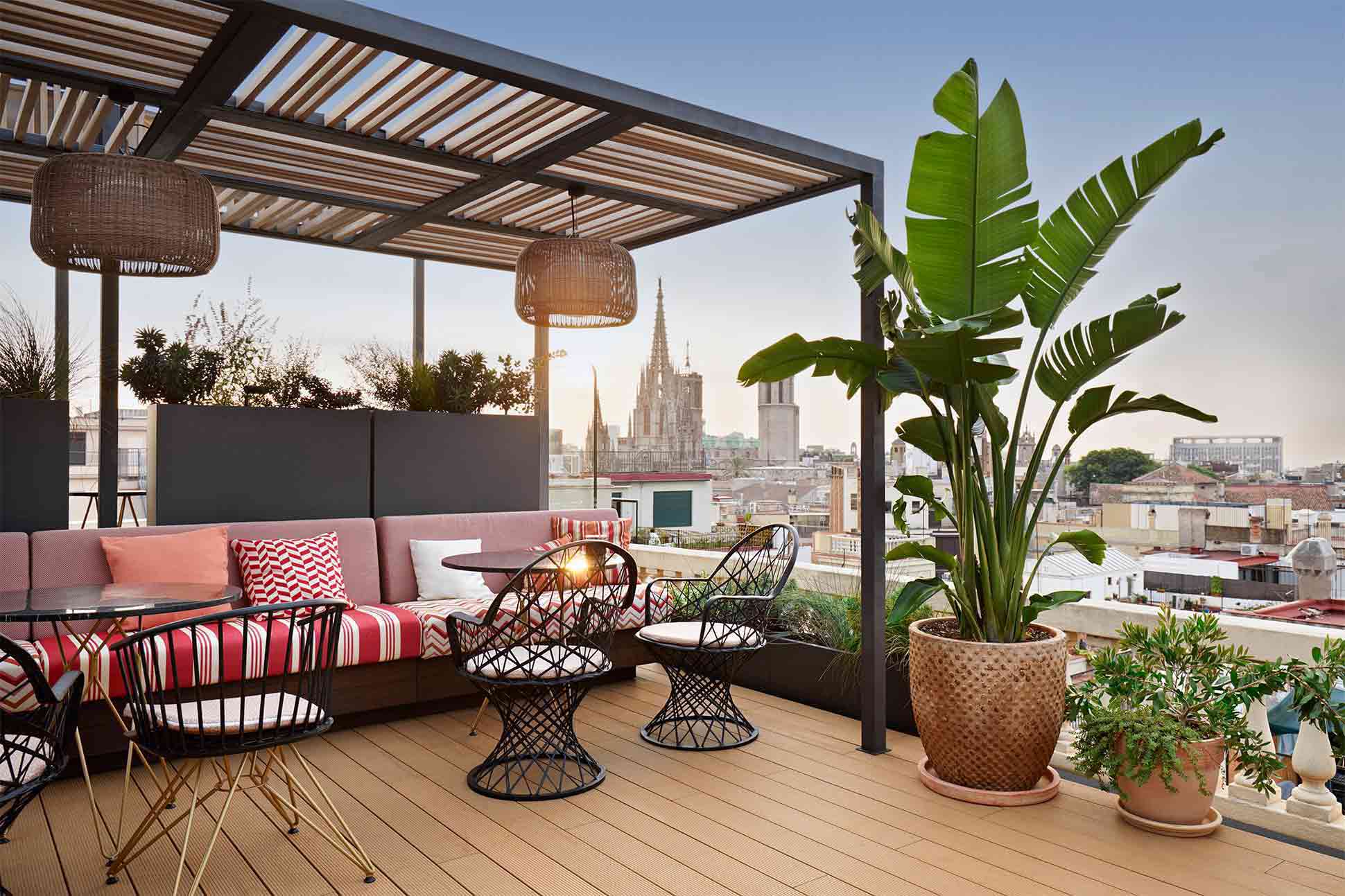 If your plan is to be at the source of all things social and creative whilst in Barcelona, the exceedingly welcoming Kimpton Vividora, a luxurious boutique hotel, is the perfect place to mingle and make friends.

Try to look up the term ‘vividora’ and you’ll find it loosely translates to living life to the fullest – in essence, it’s the Catalan equivalent to the French ‘bon vivant’, and that’s exactly what Kimpton’s first-ever Spanish address encourages guests to be. Tucked away in the lively Barrio Gótico and walking distance from the city’s main shopping area and some of its most postcard-worthy attractions, the five-star number is bigger than it looks from the outside: from its 156 rooms and 10 suites, the pulse of Spain’s sexiest city is amazingly tangible.

Contributing to this is the Kimpton Vividora commitment to ‘heartfelt hospitality’, which includes bringing the outside in – be it the neighbourhood’s skating culture (bikes and longboards are available from the reception free of charge) or the locals themselves. Throughout our stay, we enjoyed mingling with Barcelona’s hip crowd and squeezing insider tips out of them during the Vividora’s daily social hour; a most beloved Kimpton tradition that brings together guests and visitors over complimentary natural wines and vermouth.

Our Deluxe room, in contrast, offered a real retreat from the surrounding hustle and bustle, with a private and invitingly homely feel. Its layout was cleverly optimised to make maximum use of the space, allowing for a small desk, an armchair and a few fun elements (think Vifa Bluetooth speakers and a rotary dial telephone), which complemented a King-size bed with back-lit headboard and a French balcony. We thought the playful and distinctively Mediterranean decor and textures – courtesy of El Equipo Creativo, the local design agency behind Barcelona’s celebrated Tickets restaurant – created a truly joyous ambience to wake up in each morning.

What’s more, the Kimpton Vividora offers three unique restaurants and bars, including the breezy rooftop eatery Terraza de Vivi, where we indulged in tapas made from locally sourced ingredients before soaking up the sun from our poolside lounger with spectacular views over the romantic old town. And speaking of locally sourced, we were impressed by just how far the hotel is taking the concept: everything from the hand-stitched teabags on our room to the hotel’s signature amber and cedar wood body lotion was made by Catalan producers – a love letter to the region’s manifold heritage.

To us, the Kimpton was more than a mere reflection of its surroundings. Rather than simply sitting at Barcelona’s historic heart, the Gothic quarter, the hotel forms an active part of the neighbourhood, serving simultaneously as a hub for locals and an international community of luxury travellers. If your goal is to get under Catalonia’s skin, you’d be hard-pressed to find a more suitable base than the Vividora.