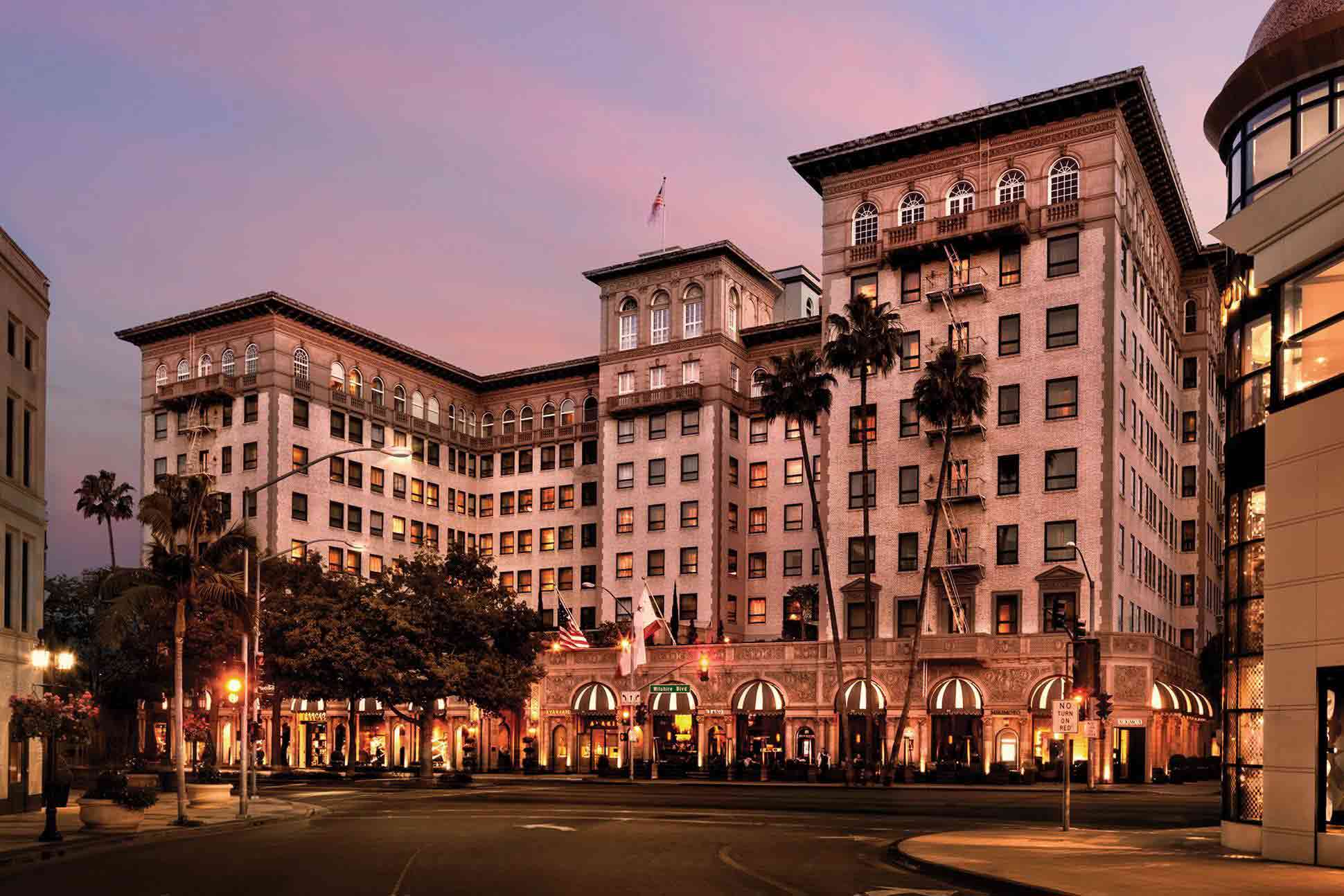 The streets of Beverly Hills have their fair share of rumours floating around them, but if there’s one thing about town you can be sure of, it’s this: everyone and their Chihuahua in a Louis Vuitton weekender has stayed at the Beverly Wilshire before. From Julia Roberts and Richard Gere in Pretty Woman (‘well, colour me happy, there’s a sofa in here for two!’) to Obama and the Dalai Lama – some, like Elvis Presley and John Lennon, have even chosen to live here permanently; and looking out over LA from the balcony of our 10th storey Signature Balcony Room, it’s easy to see why.

But there’s more than just views to the historic five-star hotel. From the moment we stepped into the opulent lobby, we were amazed (if not blinded) by its sparkling chandelier, large-scale artworks and marble floors. It’s the kind of grandeur usually reserved for European grand dames, but the Beverly Wilshire pulls it off convincingly. As we sped off to our room in the Beverly Wing, we were greeted with smiles all around, as doors seemed to open by magic and lifts were called for us as if our arrival had been announced and greatly anticipated.

Service was immaculate and in fact, we’re tempted to call staff some of the most attentive we’ve encountered, amiable and accommodating throughout our four-night stay; from room service, which seemed to attend to our room every time we left it (we must’ve been very messy), to a waiter of Balinese origin, serving us our morning staple, the refreshing Pitaya bowl, while reminiscing with us about Denpasar’s turbulent night market. While excellent hospitality is to be expected from a Four Seasons property, the Beverly Wilshire had a personal touch that did its part in elevating our stay.

Meanwhile, our 400 sq. ft. room felt spacious and tasteful. Fitted with a King size bed, a large LCD TV, an elegant wooden desk and highly appreciated blackout curtains, it was complemented by an all-marble bathroom equipped with signature Ferragamo amenities. Still, we spent most of our time lounging on our balcony and taking in the sweeping views of Downtown LA rising from early morning mist (or was it smog?) on the horizon, while the skyscrapers of nearby Century City provided a dramatic setting for Southern California’s famously evocative sunsets. Also visible from up here were the Santa Monica Mountains and the Mediterranean style outdoor pool, modelled after that of Sophia Loren’s Tuscan villa. We were so smitten with the latter; in fact, we almost overlooked the D.I.Y. welcome cocktail on our desk upon arrival – a boozy concoction suitably entitled ‘Pretty Woman’, which we made a total mess of, having to order a properly prepared one at the downstairs restaurant later that night (any excuse will do, really).

Speaking of which, THE Blvd offered some fabulous fare, and chef de cuisine Corey Burgan himself stopped by our table to entice us with some off-the-menu vegan options that formed the delectable dinner we never knew we needed in our lives (insist on the beetroot gnocchi on walnut foam, menu or not!). We didn’t get to try the Beverly Wilshire’s other eatery, Wolfgang Puck’s Michelin-starred CUT, but if the Givenchy and Balenciaga-clad, surgically-enhanced Miley Cyrus lookalike at the table next to ours can be trusted, THE Blvd is ‘where it’s at’ anyway.

Upon checking out, we were somewhat sentimental having to leave the hotel’s pomp behind, though that’s not to say there aren’t a few things we’d like to see improved in the future. Our room’s decor, in typical Four Seasons fashion, was certainly classy, but also a little tame and – dare we say – dated. THE Blvd’s menu could have done with more veggie-friendly options (this is LA after all), and we were a little bummed by the gender-separated spa, which prevented us from a sauna session with our girlfriends as well as from bumping into Angelina Jolie, who we heard was recently spotted at the spa and kindly turned down selfie requests, stating her publicist ‘would kill her’.

But really, those are some seriously luxurious problems to have, and we can’t say our stay at the Beverly Wilshire overall wasn’t an utter delight from start to finish. Last but not least, if there’s one category in which the hotel outdoes all its local competitors, it must be the superb location: stumble out the front door et voilà, you’re on notorious Rodeo Drive – quite the plus, considering LA traffic.