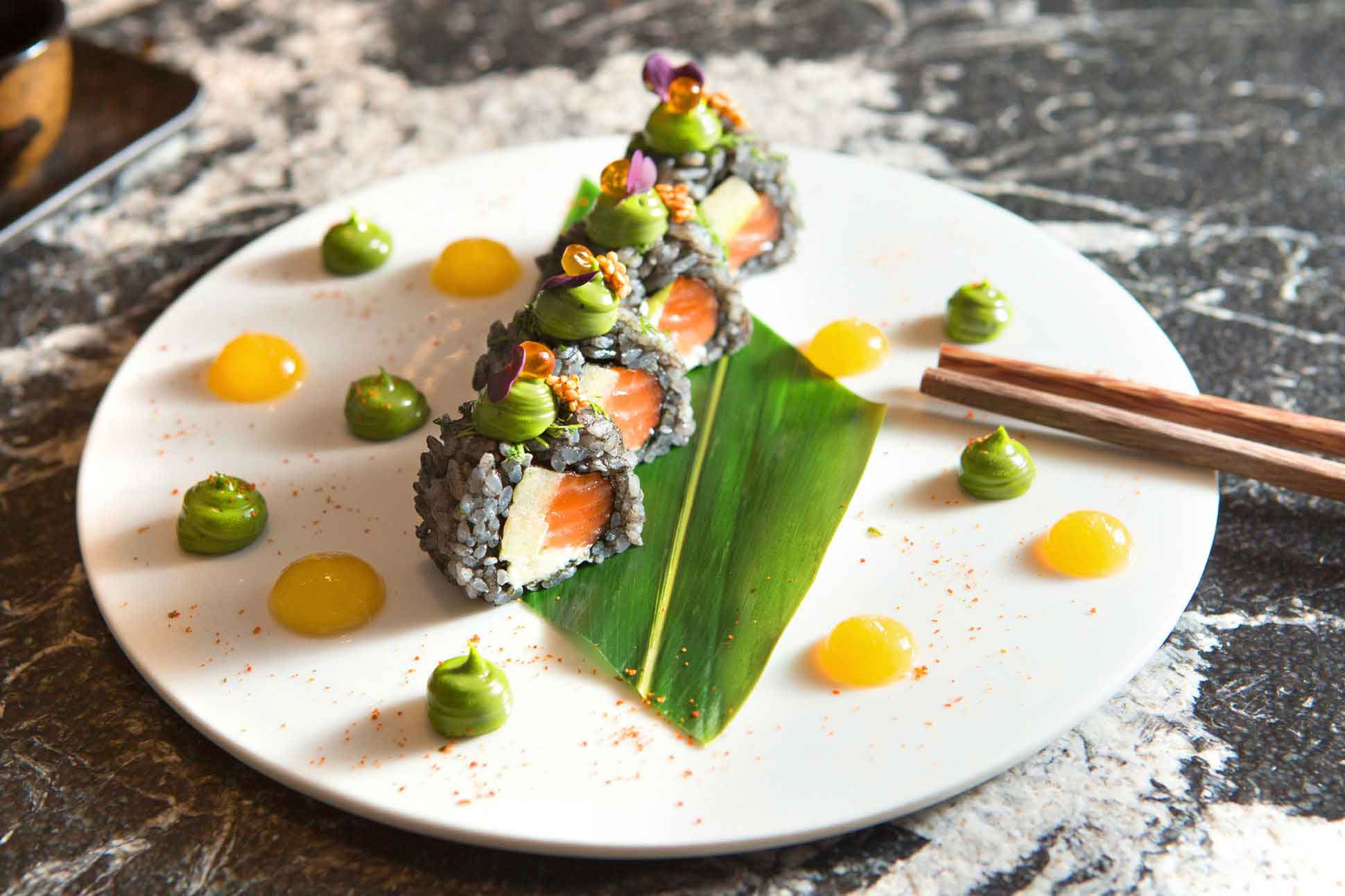 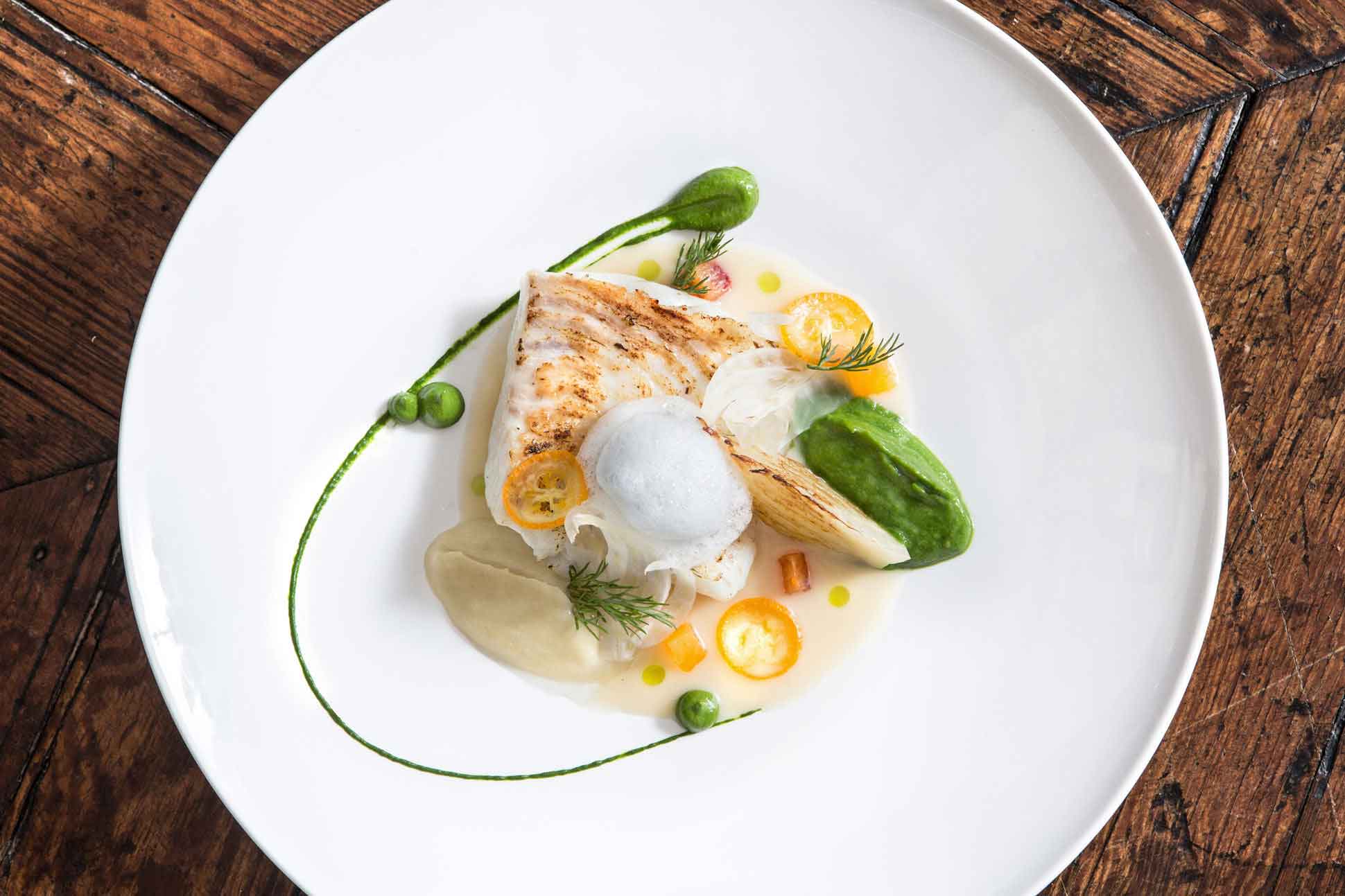 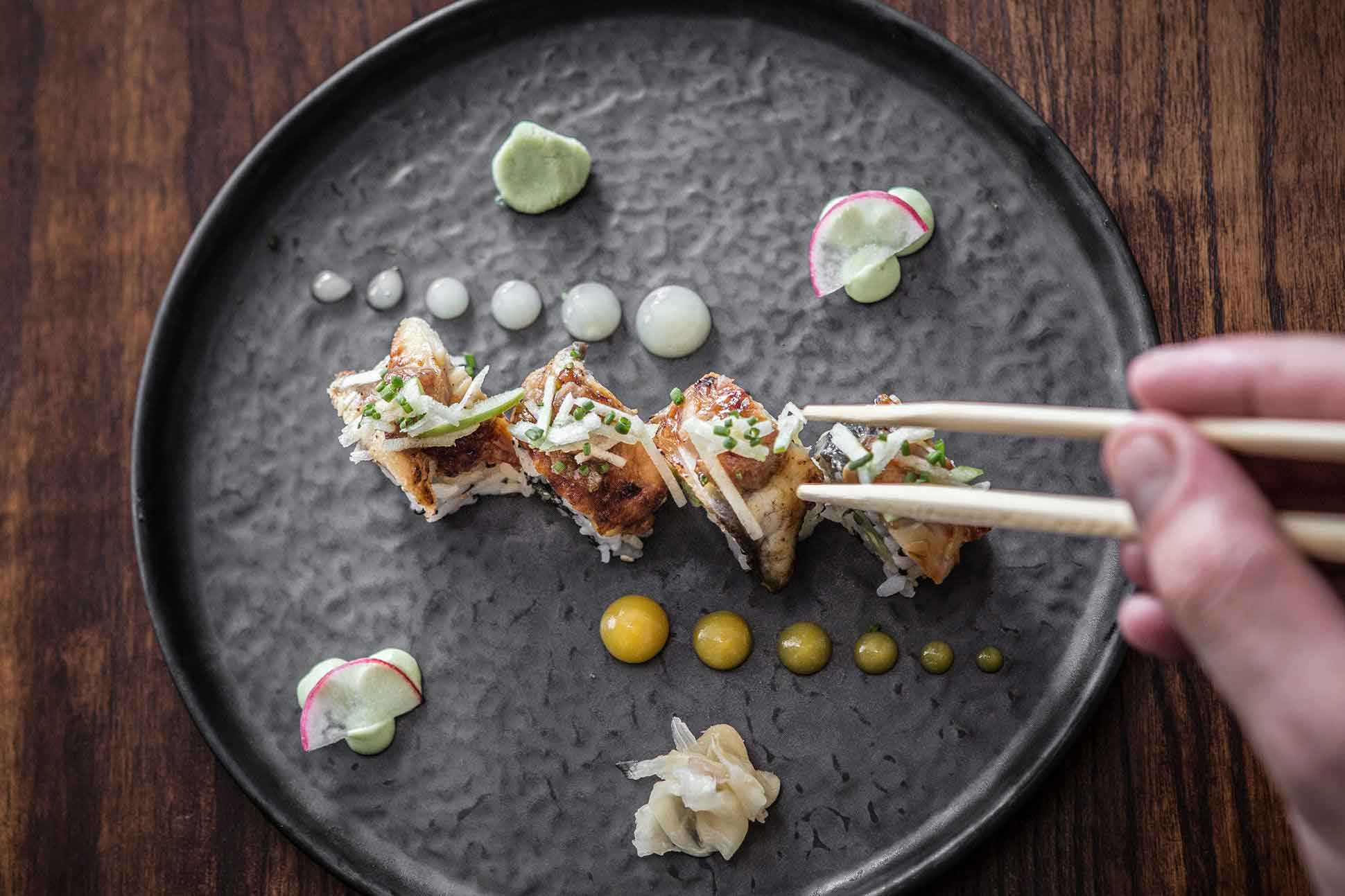 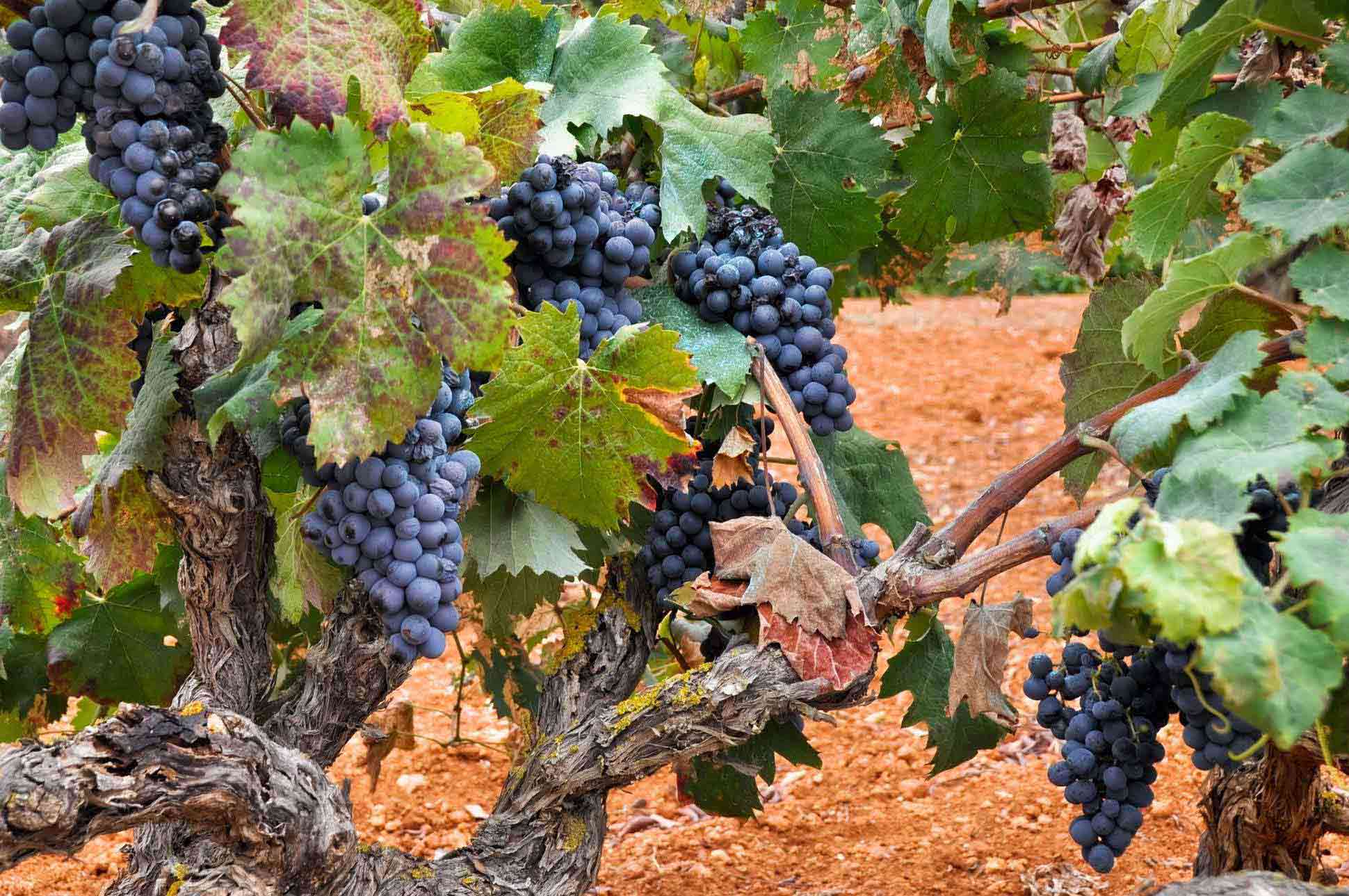 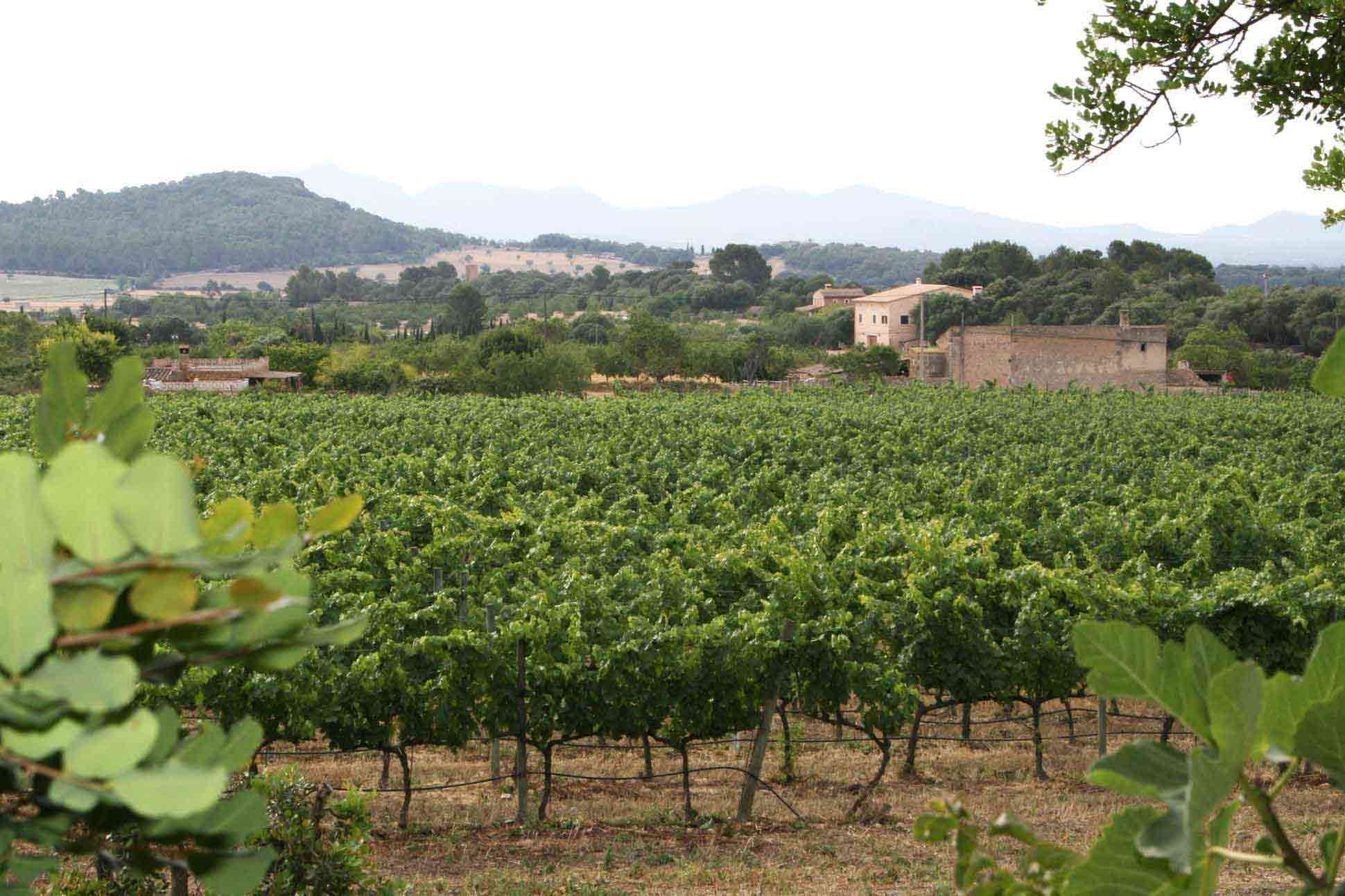 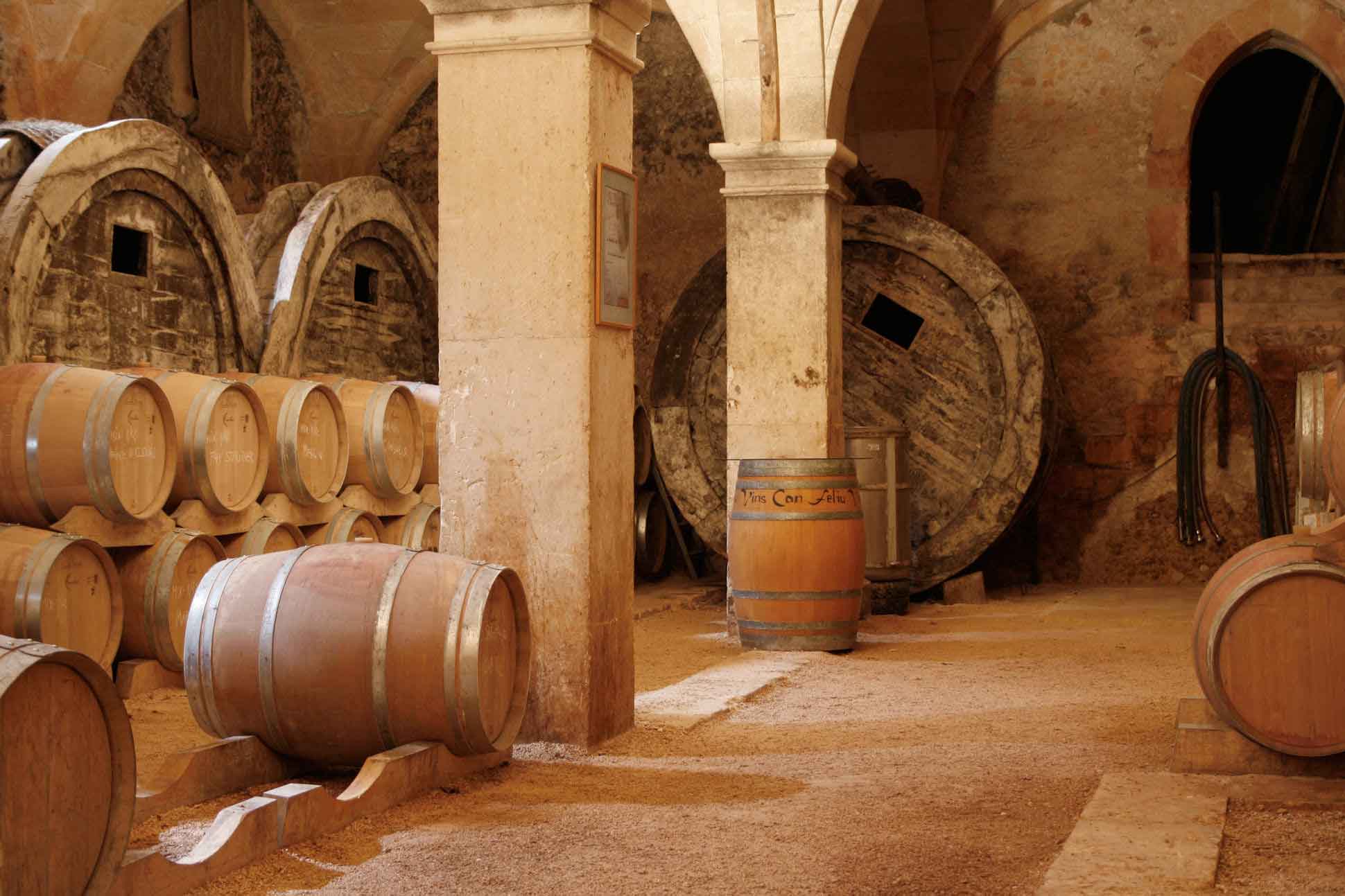 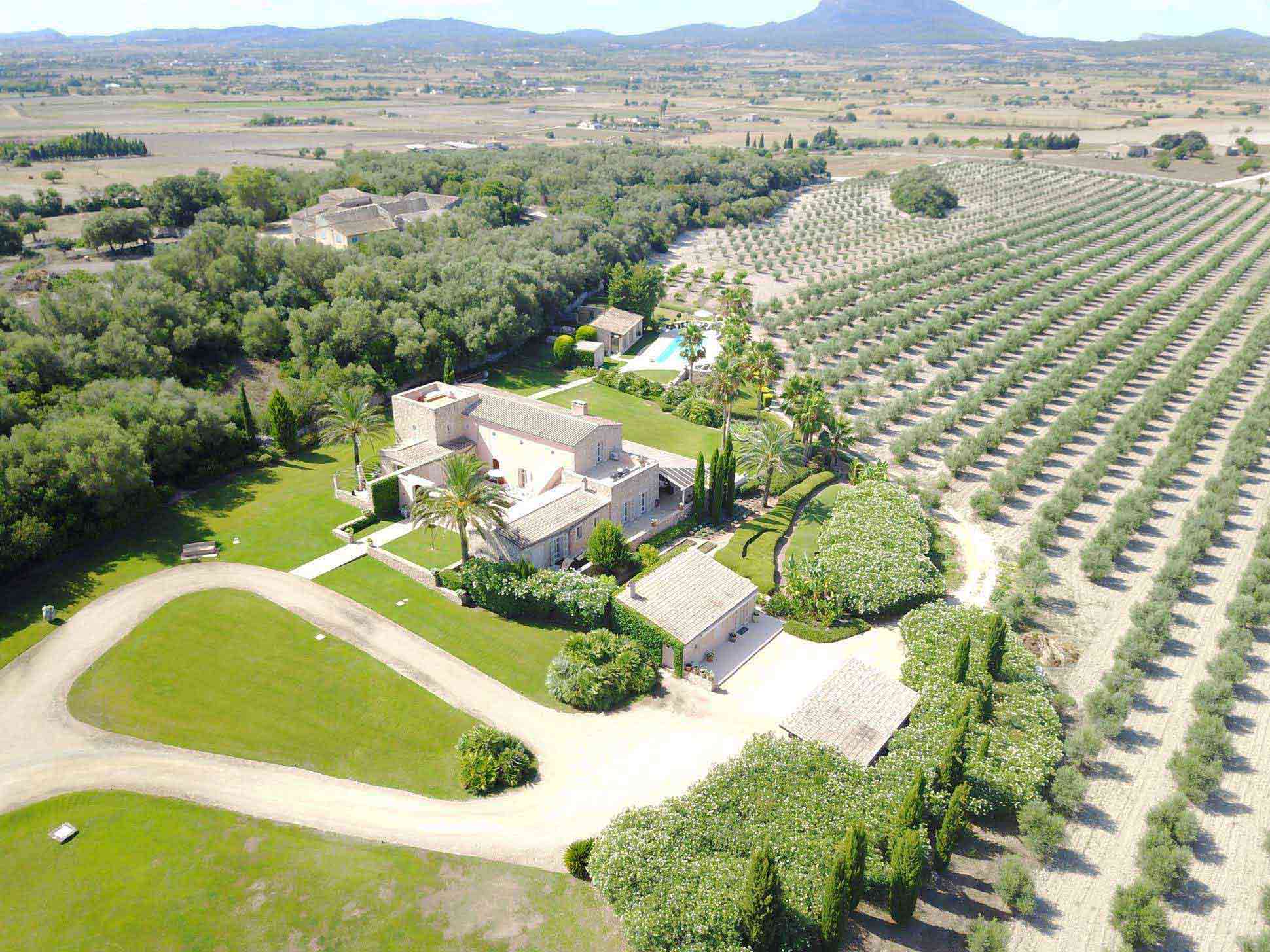 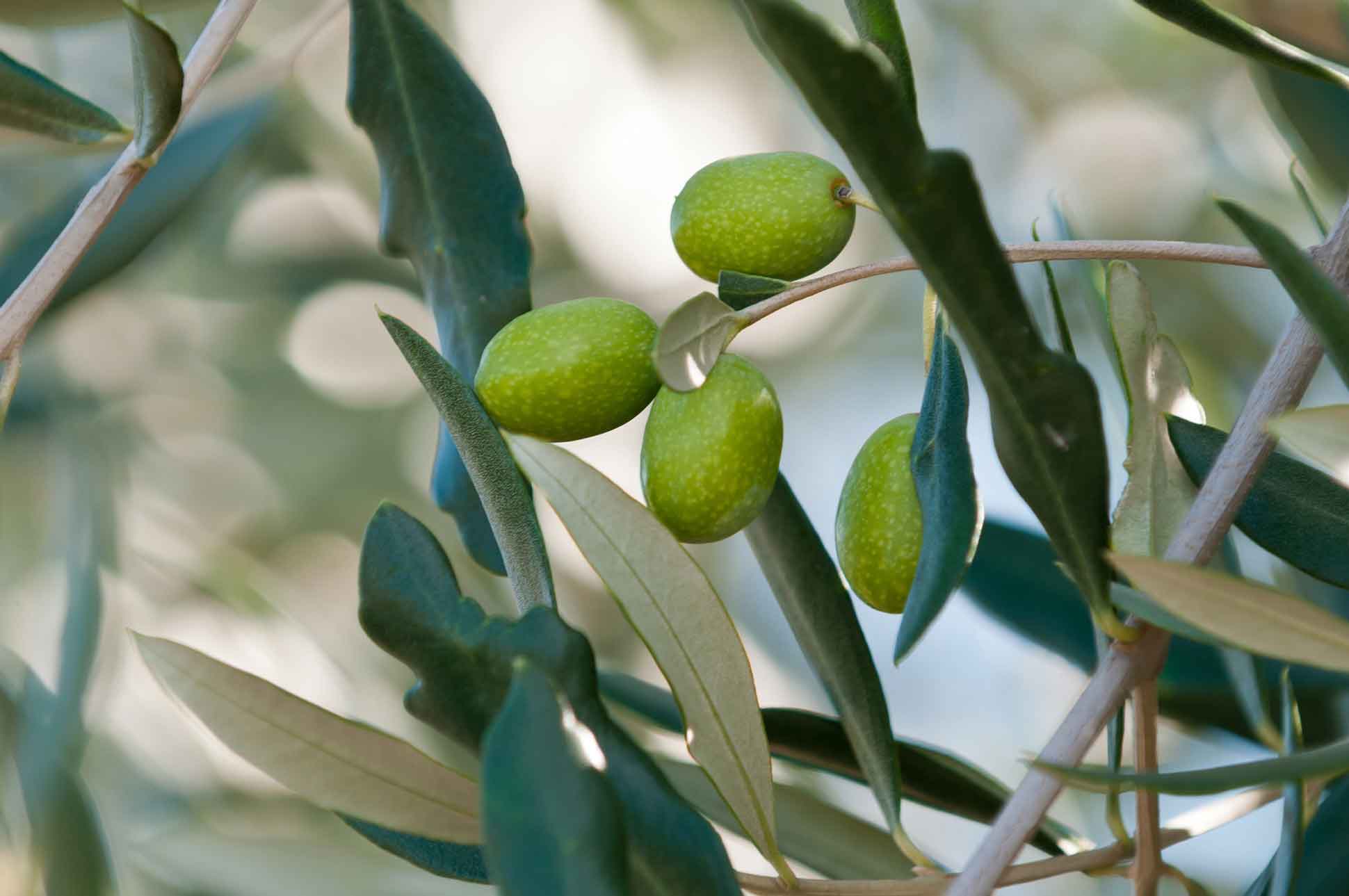 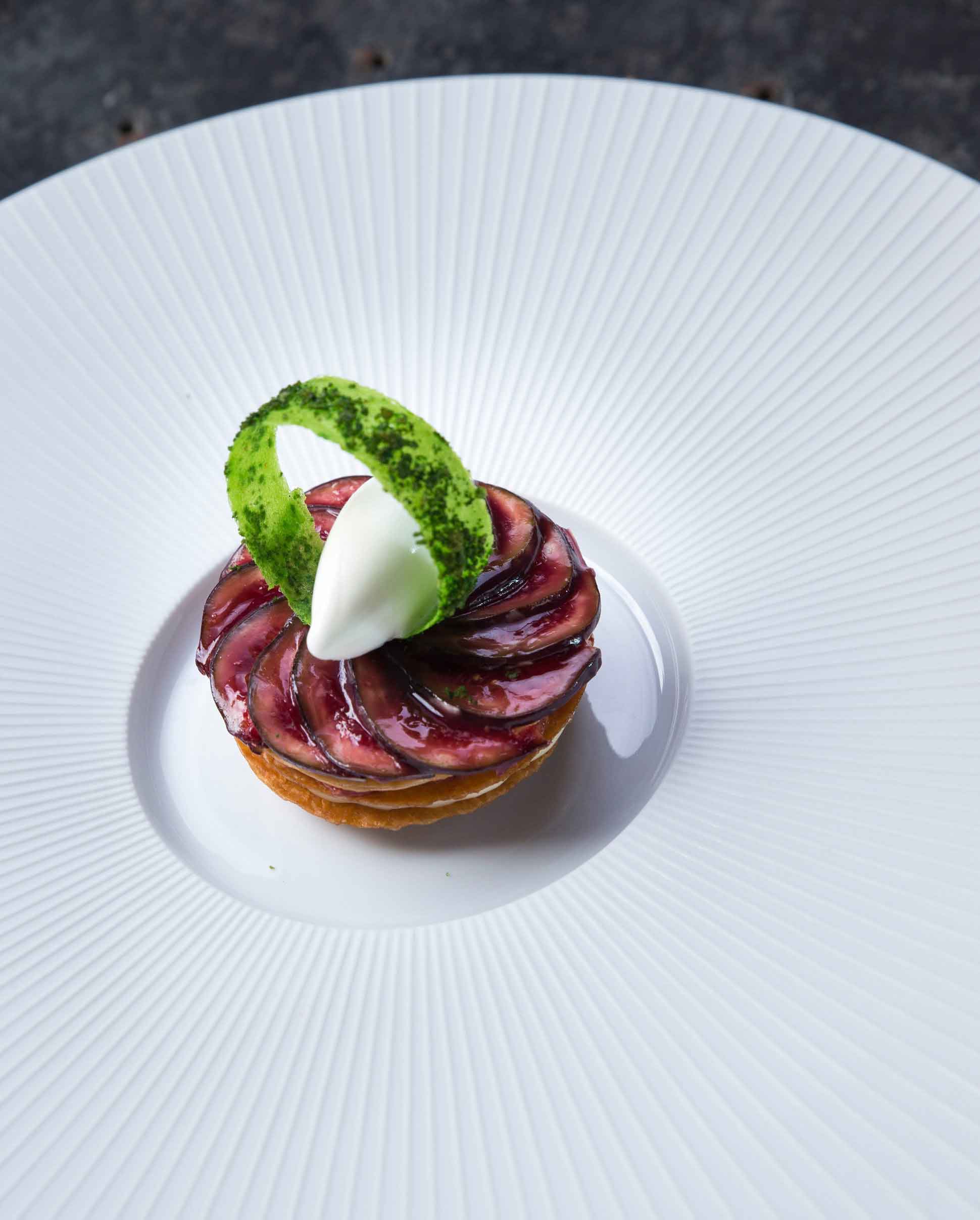 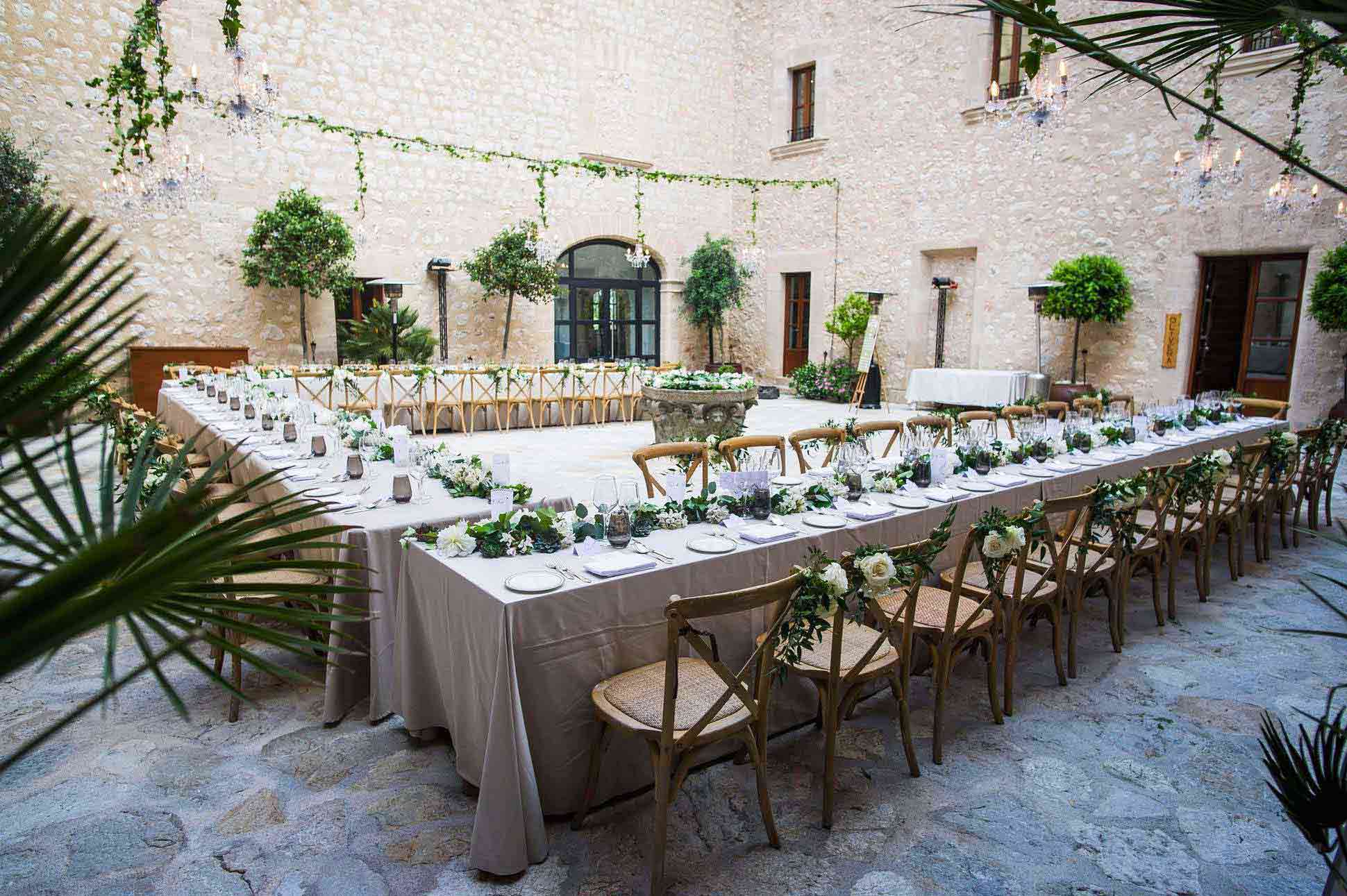 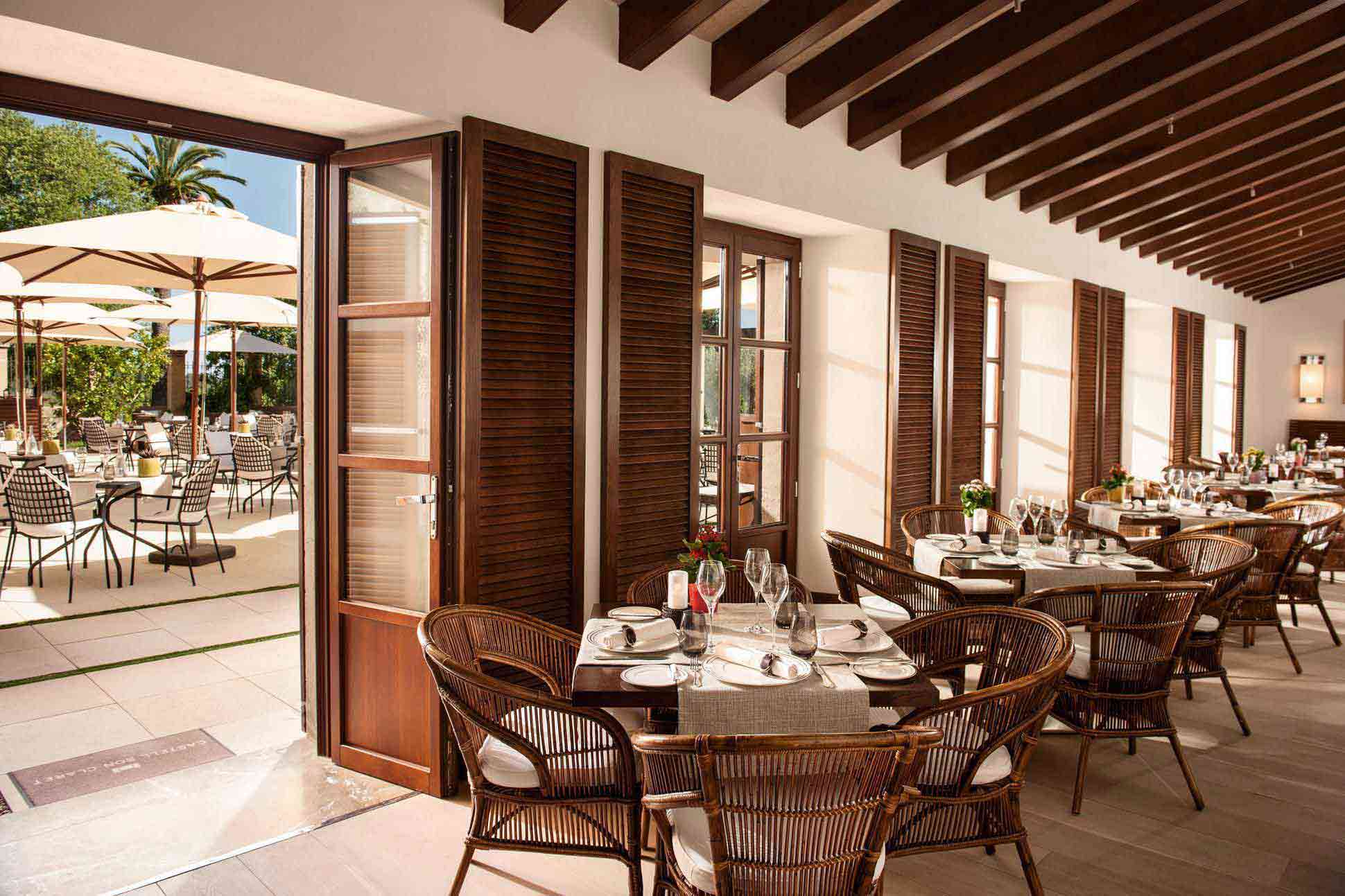 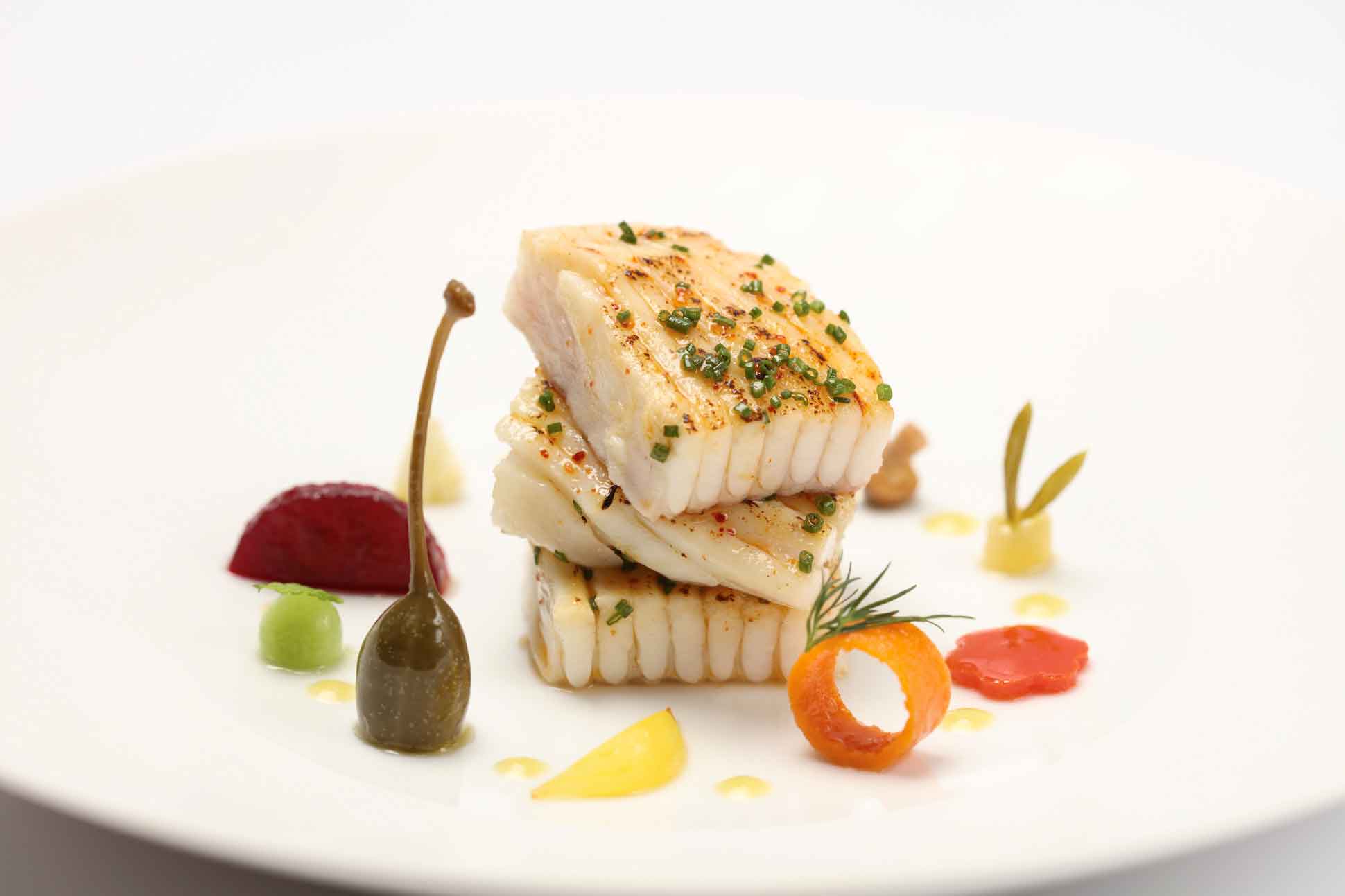 Mallorca’s restaurant scene is buzzing like never before, with trendy pop-ups, long-established eateries who’ve upped their game and a surprising number of Michelin stars, considering its size. Expect fulsome flavours and mouthwatering textures teased from healthy Mediterranean ingredients wherever you go.

Some 6,000 miles separate Palma from Japan, where I spent a few years of my adult life, yet I find myself tucking into a crispy nori roll here, albeit with a hint of truffle oil. I’m at Fera, one of the restaurants at the heart of the explosion of conceptual gastronomy on Mallorca. It’s creating quite a culinary stir.

I came to the island with the mindset that my article on the food would be all about discovering the traditional local cuisine. But, in spite of this, I got lured into Fera and I’m thoroughly enjoying its Mediterranean-meets-the-Far-East fusion of flavours.

The man heading up the kitchen is Austrian chef Simon Petutschnig, whose exquisite-tasting stunningly presented food matches the lashings of contemporary art in the restaurant (and, yes, there was a course served on dry ice for added theatre). To say that the fare at Fera isn’t local wouldn’t be true. On paper, Mallorcan cuisine is based on fish, meat and vegetables, with generous doses of olive oil. More importantly, it’s rooted in the use of fresh, local ingredients. And – with the exception of items like nori, dashi and yuzu – my gourmet menu was just that.

Simon tells me that the introduction of these ingredients into his cooking stems from his time sharing a house with Asian friends and using whatever he found in the kitchen. A nice story, but I think the food at Fera is more calculated than that, especially with marketing-friendly words such as ‘borderless Mediterranean-Asian’ cuisine and an international front-of-house team. When you stop to think about it – here’s an Austrian chef using Japanese staples, with Mallorcan produce, an Italian sommelier and a very OutThere French maître d’. Fera is the embodiment of the word ‘cosmopolitan’ and it sums up my experiences of a few days in Palma.

Mallorca’s food and drink scenes are causing quite a buzz in international foodie circles, with inventive pop-ups and innovative openings delivering top-notch, home-grown food with global finesse. A new wave of chefs is championing locally inspired cuisines. Up till now, international chefs wanted to make their mark in the big capital cities of the world but, suddenly, it’s become trendy to travel to this small island and set up shop. A whole generation of Mallorcan chefs is returning home, having honed their skills in some of the world’s most-lauded kitchens. Plus, the old guard here has finally realised that locals and travellers alike are looking for more than a perfectly cooked steak or traditional Cordon Bleu cuisine and they, too, are evolving to create menus that take in local ingredients and cooking techniques in creative ways.

The same is happening beyond the kitchen – out front, everyone from managers to mixologists represents a new breed of restaurateurs keen to deliver a service and offering to match the food.

Even the island’s luxury hotels have got in on the game. Zaranda at the Castell Son Claret hotel has retained its two Michelin stars yet again, Es Fum at the St Regis Mardavall and Marc Fosh at the Convent de la Missió both have one, all becoming foodie-travel destinations in their own right. Other Michelin-starred eateries are to be found in Palma, Deià, Capdepera and Puerto Alcúdia. In fact, of the seven awarded restaurants on the island, five are outside Palma, going to show that when it comes to great food it’s not only about the Balearic capital.

Ivan Levy, Simon Petutschnig’s business partner at Fera, is also of the mind that the enjoyment of good, farm-fresh food is an important part of life, no matter where you are on the island. I pay him a visit at Finca Son Naava, his private, sprawling, monochrome estate-home in the countryside, overlooking a grove of biodynamic olive trees. A Swiss retail impresario, Ivan was originally looking to down-pace in Deià from Zurich, but fell in love with this rural setting, gazumping a famous Hollywood actor in the process. But his entrepreneurial spirit lived on and he now produces some of the island’s best olive oil under the name of his beloved finca.

The man who tends Ivan’s grove is the passionate but modest Carlos Feliu, a Demeter-certified farmer who heads up his own estate, the bodega Can Feliu in Porreres, where 18 splendid hectares are dedicated to biodynamic wines, the only such producer on the island. We spend an afternoon tasting the gorgeous bounty of his vineyard, something all visitors can do as part of Carlos’s eco-agro-tourism drive. Those wanting to get at one with Mother Earth here can do so too: travellers can experience and participate in the caring of the vines, the harvest each September and even produce, design and mature their own vintage. I was tempted to create an OutThere batch – ‘worldly and fruity’ would be the tasting notes, I think.

But, while the more holistic and somewhat ‘spiritual’ aspects of biodynamics are a little lost on me, I understand that it is a sound agronomic system that gives back to the farm as well as taking from it – healthier soil, a higher-grade of crops and a vibrant ecology. Plus, the wine that’s produced tastes really good – a win-win-win, in my book.

My few days of ‘tasting’ Mallorca really opened my eyes to just how great the local produce is. From Carlos’s wine to Ivan’s olive oil, there is a complex culinary identity to what constitutes modern, Mallorcan food. I ventured to Es Trenc to see the famous sea-salt in its natural habitat. I tasted Mallorcan and Menorcan cheese and the ubiquitous sobrassada sausage in street markets all over the island, but primarily in Palma’s Santa Catalina and Pere Garau.

But there are other smaller foodie hangouts where visitors can get up close and personal with the local tastes. At Mercat 1930, I joined a cookery workshop and sank my teeth into ensaimada, a lardy pastry that tastes far better than I make it sound. At Mercat de l’Olivar, I watched fish rolled in off the boats, purchased it fresh and took it to the imaginatively named and innovatively conceived You Buy We Cook restaurant, where it was grilled for me for just a few euros. It’s nothing fancy, but you have to get wet to lay your hands on seafood fresher than that.

What I take away from my gastronomic adventure on the island is that Mallorcan cuisine is very much part of and representative of the island’s identity. Like its people and culture, the food holds on to the best of the traditional but embraces the future. It is worldly, cosmopolitan, fun and rather passionate at times. It’s always beautifully presented, but doesn’t take itself too seriously. Mallorca has risen high on my list of OutThere foodie destinations and has given me an opportunity to share and understand this magical island. Eating here has been a cultural experience and I certainly had my fill of it.

Fera is a restaurant dining concept that has to be experienced to be believed.

For perfect pairings of Mallorcan food and wine, head for Can Feliu’s unique cellar-door experiences.

Take a local virgin home with you in the shape of some Son Naava organic olive oil.