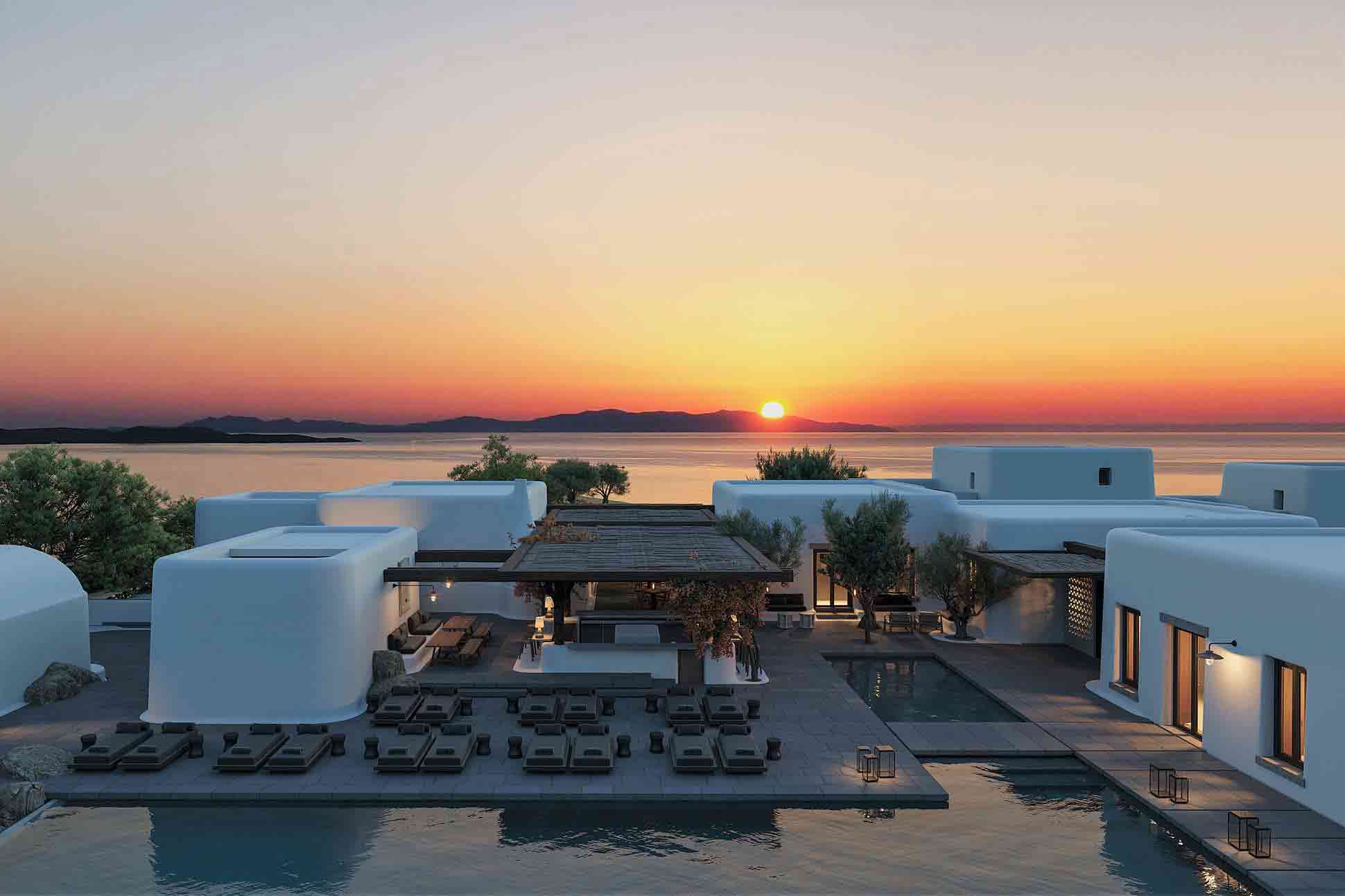 Travel across the Greek islands, set to open to international visitors in May, is adapting to new traveller needs. From an innovative tour operator to the sun-kissed archipelago’s latest hotels, the word on everyone’s lips is privacy.

Ever dreamt of having a Greek island all to yourself? Chances are you might be able to fulfil your dream in 2021 – yes, that’s despite the forecast influx of travellers heading to the Cyclades in search of some sun and dolmades once borders reopen. Conveniently working towards the government’s goal of spreading people (not droplets) out further than ever before, the Hellenic Republic had kickstarted a major shift towards slower, more off-the-beaten-track tourism long before the pandemic. It’s this trend that could help to set Greece apart from similar destinations in the coming months, as OutThere travellers and others are eyeing its archipelago with a new-found interest – and boy, do we love to part with our money when on the islands!

If it wasn’t already clear from our Authentic Athens issue, we’re true Greece devotees, and we’ve walked away from previous visits wondering why so few people seem to have picked up on the country’s most awe-inspiring sites. The treasures of ancient Olympia simply wowed us and the valleys and peaks of Vikos Aoos National Park rival those of Utah’s Zion – well, almost, anyway. To understand why much of the country’s magic has eluded travellers for decades, it’s important to remember that when mass tourism arrived in the region in the 1960s and 70s, it did so in a big way, catapulting Greece to bucket list status, and turning some of its most photographable islands into real-life theme parks (to be fair, there are a lot of islands; perhaps they didn’t mind sparing one or two). Throngs of people and package deals aren’t exactly the name of the game in 2021, however, and we’re delighted to see things changing in front of our very eyes.

Fly Me To The Moon

Take the memory makers behind Fly Me To The Moon, among Greece’s most disruptive travel designers. Founded by long-time slow travel advocate Elena Papanicolaou, the brand promises to open up a slice of the country unknown to even the best-travelled Grecophiles. ‘I could take visitors to Kasos. an island most Greeks have never found’, she says. ‘They’d stay in an exquisite 18th-century mansion, an old sea captain’s home right on the harbour. I’d take them on a tour around the capital Fri, population 357, and let the locals drag them into their houses to let them taste the kolokithopoulia, stuffed courgette flowers’. It’s easy to think this kind of immersive travel is a direct result of the pandemic. After all, we’ve all been stuck inside for a year, longing to dive into another culture (especially one that comes with stuffed courgette flowers), but the thirst for authentic experiences runs deeper: it’s not simply about what we expect from travel that’s changed; it’s what we expect from life.

While not too long ago, luxury travellers’ prime concerns would’ve been helicopter pick-ups and private yachting adventures – rest assured Fly Me To The Moon can arrange for those, too – we believe the counter-trend of ‘going small’ is ultimately about rendering the business side behind one’s adventures near-invisible, making a journey more about human encounters than over-the-top spectacles. ‘Until travel became an industry’, says Papanicolaou, ‘it took place between humanity and nature, defined by mutually rewarding relationships, and at best, it could be transcendent’. There is, perhaps, a certain irony to making a luxury holiday feel like the kind spontaneous, happy-go-lucky experience you’d more readily associate with a low-budget backpacking trip, but it’s exactly those local experiences we hold dear the most; the kind that money can’t buy – or couldn’t, until now.

So what if you want to stay on the beaten track, instead? Mykonos is set for a bit of a comeback, we hear. Despite its illustrious image as a hedonist hotspot with non-stop partying (we wonder who’s to blame for that…), the island’s southwestern corner remains blissfully tranquil. It’s here that one of Greece’s most hotly anticipated new hotels is opening doors on May 20: at just 25 suites and two villas, Kalesma, which aptly translates to ‘inviting’ in Greek, seeks to make holidaymakers feel as though they were vacationing in their very own, private Myconian village. A stay in the hotel’s whitewashed collection of Cycladic-style houses will come with weekly supper clubs, privileged access to the island’s lesser-known sites, as well as private experience managers responsible for turning your travel dreams into reality (within reason, that is!). Kalesma’s design can’t go unmentioned, either. It’s clean and contemporary, yet warm and with the type of soft edges and balmy colours that will no doubt help visitors forget about the troubles of the past year. If the interior doesn’t help, there are also heated, private pools with 360° sunrise to sunset views to soothe your mind. Frankly, we think the hotel looks like rehab for the soul, and we’ll very happily check ourselves in when it opens.

There’s also The Rooster on lesser-known Antiparos. You’re sure to ditch the crowds at this sophisticated yet rustic resort, whose mission to help travellers unwind is rooted in the philosophy of offering simple pleasures done exceedingly well. This means everything from gorging on the very best, organic produce to allowing for moments of surprise and exploration along the Aegean shoreline nearby. You won’t have to share the hotel with a large number of other tourists, either: there are just 17 individual accommodations, from suites to fully-fledged villas, and from what we’ve seen so far, the property features plenty of nooks and crannies inviting moments of total privacy and relaxation. If anything, you might bump into the occasional cock running around (don’t say the hotel’s name wasn’t a clue), but then again, we hear it’s what some people visit the Greek archipelago for in the first place. A little birdie tells us The Rooster’s founder, Athanasia Comninos, set up the hotel to encourage a respectful and sustainable way of travelling to up-and-coming Antiparos. If the hotel delivers on all its promises, we think it’ll make a marvellous addition to the Cyclades hospitality scene. And it sure will help keeping another kind of tourism, the one other islands are now starting to move away from, at bay. Call us impatient, but with so many slow experiences to look forward to, can you blame us for wanting to speed up the coming weeks?

Photography by Yannis Rizomarkos, styling by Anestis Michalis, courtesy of The Rooster