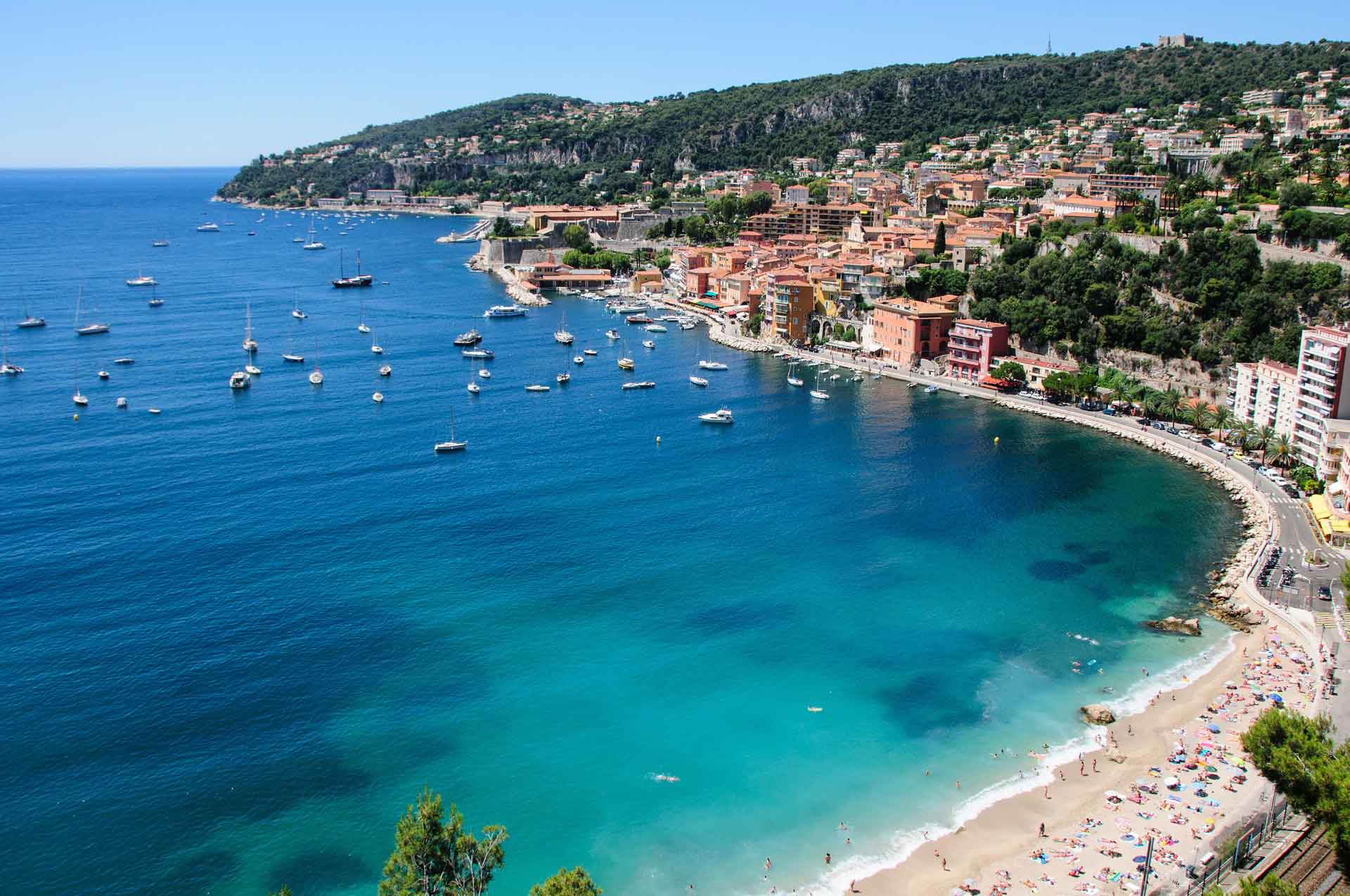 The door to the hotel room stood open, allowing passersby to see the crystal beads elaborately draped across the ceiling by artist Choi Jeong Hwa in criss-crossing strands of crimson. They pulled me in for a closer look, like jewelled tentacles, the only colour in a space of white, neutrals and mirrors. On the television, South African artist and performer Steven Cohen stepped gingerly through the squalor of a homeless camp, his muscular legs flexing to balance in his perilously high heels, his body encased in a glittering chandelier – a video complement to the ceiling art.

At the Hotel Windsor in Nice, France, the commitment to artful accommodations is gallery-worthy. Since 1989, the owner has commissioned artists to transform the rooms of the 19th-century building into individual installations that embrace both the modern and the whimsical. Over a week in late November into early December, the lines between art and accommodations blur even further when the hotel opens to the public for the free Festival OVNi, a showcase for global video art, such as Cohen’s gender-bending “Chandelier.”

OVNi, which extends to other venues throughout the city, was memorable not only for its art, but also for the nonchalant way that queer artists were incorporated into the mix. This was something that struck me repeatedly during my short trip to Nice: the integration of LGBTQ life in the destination in a way that felt relaxed, authentic and easy to access for visitors, blending right in without jarring.

When I travel, I don’t need every destination to have a dedicated gaybourhood or lesbian bars, but I did burst into a giant grin when I spotted the rainbow cat on the door of a tiny café (yes, lesbian-owned!) and did a little dance to find an LGBTQ bookstore still alive and kicking on a quiet street in the city centre. Nice glows with the magical light of the Côte d’Azur, which gives its streets a warm flush even in the winter months, but its celebration of diversity enhances the lustre in the way particular to our staunchest allies.

Throughout the city, hotels, cafés, shops and bars display the “Nice irisée naturellement” (“A Natural Iridescence”) logo to show that beyond just signing on as welcoming businesses, they have taken part in a training session organised by the Nice Convention and Visitors Bureau, in collaboration with local LGBTQ associations. The city is also home to two LGBTQ film festivals and the summer visibility march, the Pink Parade. Erwann Le Hô, president of the Centre LGBT Côte d’Azur, which has 2,000 people use its support services annually, says the city is simultaneously conservative and liberal, but it is definitely a place where same-sex couples can walk together through the streets without concern, and serves as a magnet for LGBTQ people in the smaller surrounding towns – in itself, diversity at work.

Tourism has, of course, suffered since the shocking act of terrorism on Nice’s Promenade des Anglais in July 2016, and with it came a scaling back on LGBTQ events. After two successful years, Lou Queernaval, held during the larger Nice Carnival, was put on hold as the city addressed big-picture security measures around how it hosts and implements such events. Yet, there is a prevailing hope that the show will eventually go on, as bedazzled as ever.

If the gay event that I attended at Le Glam disco the same week at OVNi was any indication, the spirit of the local LGBTQ community will play a key role in buoying the city through its healing process. Organized in collaboration with the Centre LGBT and linked to World AIDS Day, it was a raucous night on the dance floor to raise money for health research, and the perfect showcase for a community that does indeed shine with a natural iridescence.

To find out more about Nice – Office du Tourisme et des Congres (which has been an IGLTA global partner since 2011) and LGBT-welcoming travel businesses in more than seventy countries, visit www.iglta.org.