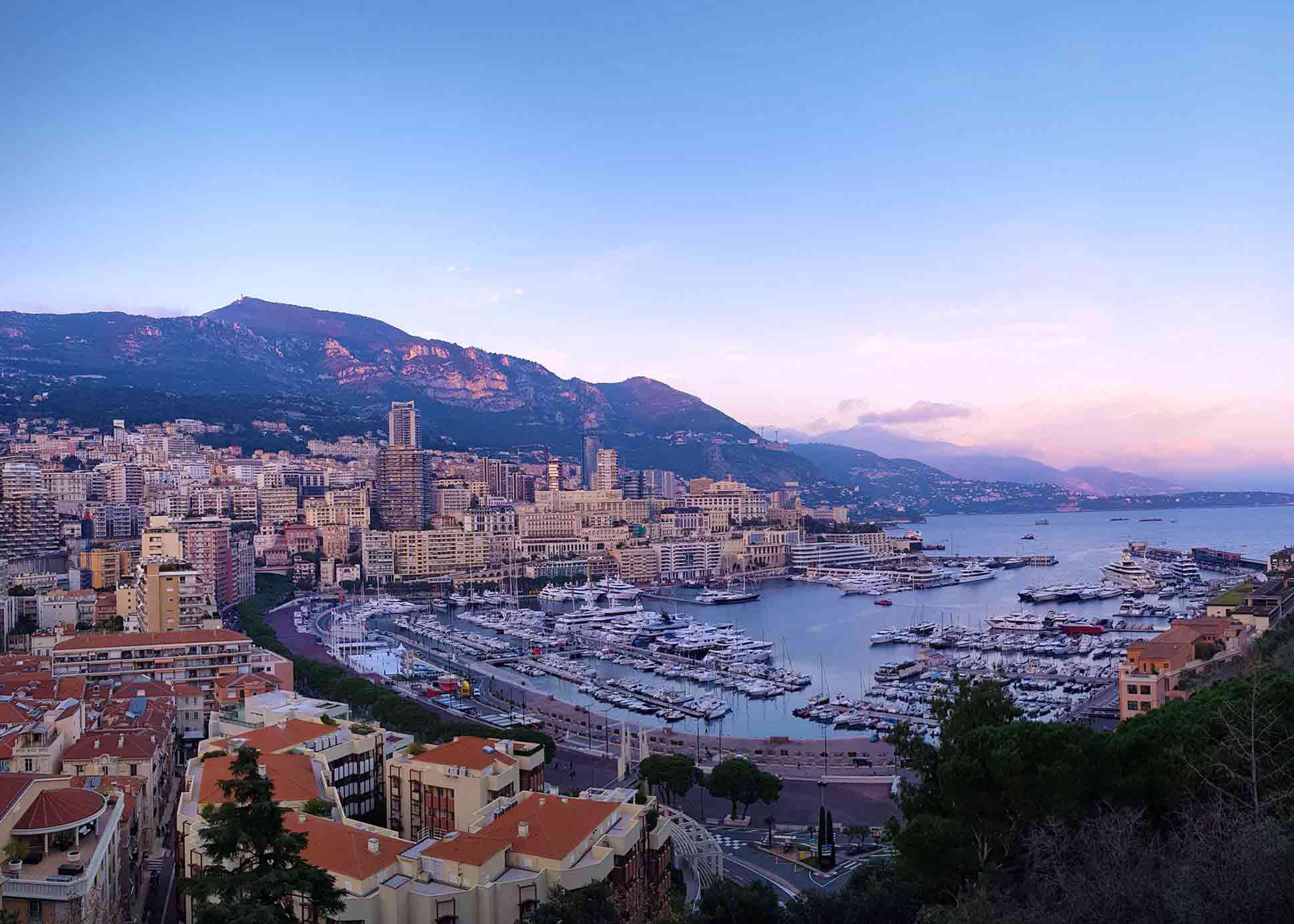 As well as an incredible destination in its own right, Monaco is a convenient location to access both the French and Italian Rivieras and experience three countries in one day. The picturesque principality boasts a unique cultural and architectural heritage — from Charles Garnier’s Monte-Carlo Opera House to Gustave Eiffel’s dome at the Hotel Hermitage. The legendary Monte-Carlo was conceived in 1863 and was marked by the opening of the Casino de Monte-Carlo. The district has since emerged as a pioneer in the fields of sustainability, innovation, hospitality, and the performing arts.

You could be forgiven to think there isn’t much beneath the thick layer of glitz and glam that coats Monaco like a sugar frosting. But the stereotype of the sophisticated yet shallow micro-state simply doesn’t hold true: Monaco is rich in culture, hosts an astounding number of events and festivals considering its size (you can essentially see one end of the country when standing at the other), and it’s home to what’s arguably the most cult-worthy Formula 1 racecourse. But the micro-state doesn’t like to play catch-up with destinations 1000 times its size and more.

Rather, we find it embraces its exclusivity, and with that comes a mindset that to one extent or another keeps the world out – not in an arrogant way (although some might find the roaring Lamborghinis circling around Monte Carlo’s pretty cafés in the early afternoon uninviting), but there’s a sense here that this little place is somewhat untouched and, in its own, very glamourous way, actually quite wholesome. For a Mediterranean retreat sprinkled with culture and a good dose of pomp, Monaco makes for a perfect getaway from the world. Here’s where to hide out during your next stay.

Each Spring, this musical and artistic extravaganza fuses classical and contemporary creations under the guidance of HRH the Princess of Hanover. In addition to concerts and artistic events, the festival offers many masterclasses and workshops around the featured artists, composers and programming. From musical installations that include electronics and video projections, to baroque string quartets, the festival is a perennial highlight of Monaco’s cultural calendar.

The Grand Dame of Monte-Carlo has always managed to stay contemporary and chic despite its long hospitality heritage and Belle Epoque architecture. Located in the principality’s heart, there’s a sophisticated world of gratification to be had here, including Christophe Cussac’s exemplary cuisine at Restaurant Metropole Monte-Carlo, Michelin-starred Japanese restaurant Yoshi, and the late Karl Lagerfeld-designed Odyssey, a  getaway haven of upscale relaxation featuring a swimming pool, gardens, restaurant and bar.

The Monte-Carlo Société des Bains de Mer, which is behind some of the area’s top luxury hotels, restaurants and casinos, has created journeys for discerning, sophisticated travellers. Why not indulge in a stay at the Hôtel de Paris Monte-Carlo (where Helmut Newton shot some of his most legendary photographs). Travellers can reconnect with wellness at the seafront Thermes Marins Monte-Carlo or try meditation or yoga with Marina Bordet, yogi to the Monégasque jet-set, at the Monte-Carlo Bay Hotel & Resort. Wine lovers should take the Société up on its offer of a private tour of its famous wine cellars, too, including a glass of the wine chosen by Prince Albert II for his wedding. Salut!

Photography by Mark de Jong and via Unsplash