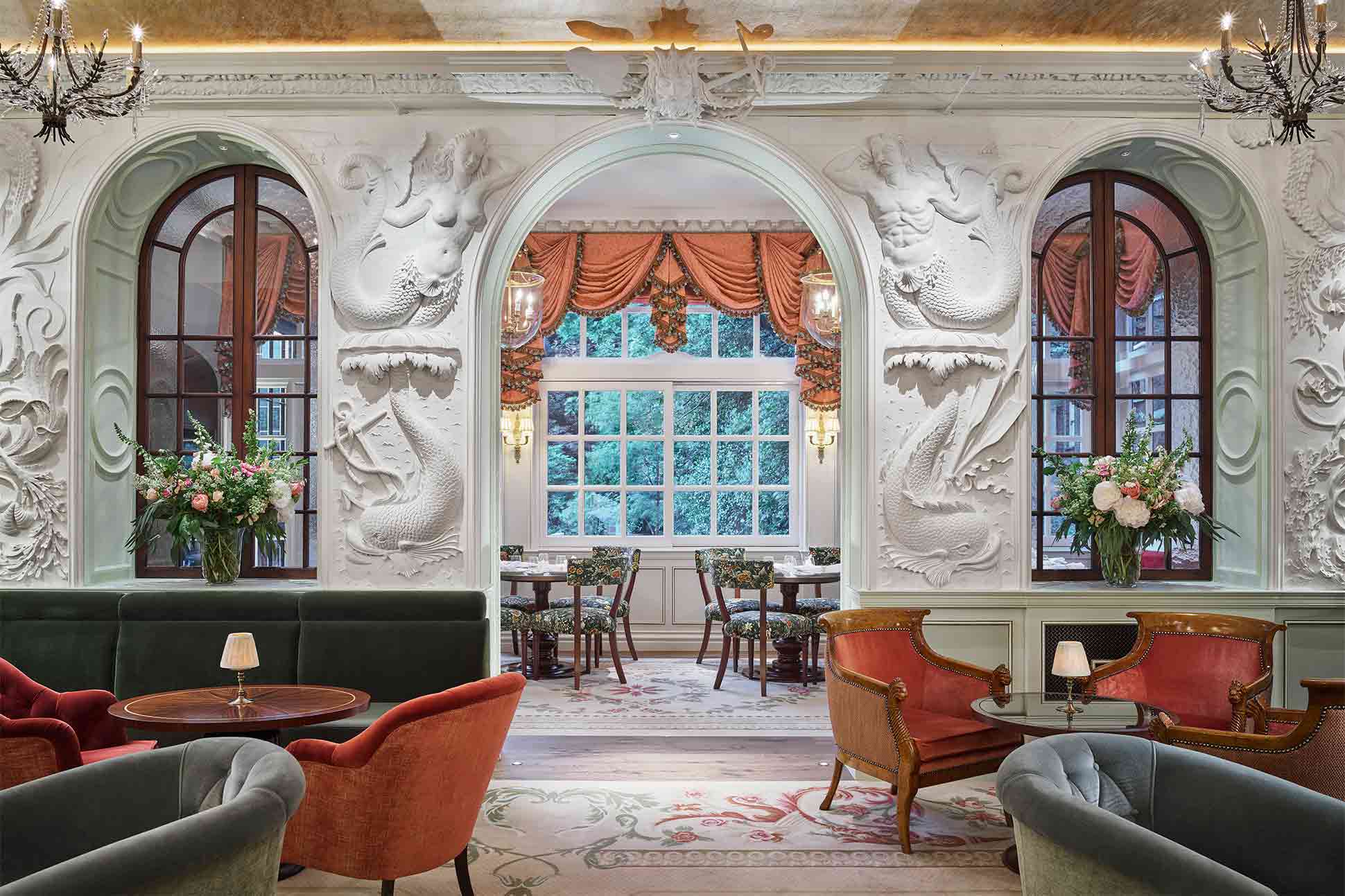 Got banned from Buckingham Palace for being naughty? Check into the perfectly regal five-star Belgravia hotel right behind it, instead. While an exclusive 69 rooms and suites make The Goring London’s leading ‘Baby Grand’, its role in historically significant events makes it somewhat of an English institution.

When German coal merchant Otto Goring first opened the exceedingly British Goring in 1910, he’s unlikely to have anticipated that 110 years later, the hotel would remain the sole London five-star address to still be owned and run by the family that founded it. Though that’s far from the only impressive stat the stately Goring has to offer: the only hotel to have welcomed every reigning Monarch and serving Prime Minister since its 1910 inception, The Goring also received the unique honour of being granted a Royal Warrant of appointment by HM The Queen – for convenience, the crest hangs proudly in the reception hall, surrounded by hand-painted Fromental wallpaper customised to reference the hotel’s outstanding heritage.

Once our eyes had adjusted to the pomp of the entrance area, we were delighted to be handed an old-fashioned, golden key that made stepping into our fourth-floor lodgings with garden views feel a bit like unlocking a treasure chest. And some would argue that’s exactly what it was. All of The Goring’s rooms and suites have been furnished by English designers by the likes of Russell Sage and Nina Campbell; and top suites come with a personal tailcoat-donning footman to dance attendance on guests, serve a complimentary cocktail or, in our case, a pot of Fortnum’s Royal Blend (one simply must), which we savoured during a proper little in-room tea ceremony while watching a game of croquet in the hotel’s private gardens below – the second-largest in Central London, only to be topped by those of Buckingham Palace.

Though we didn’t stay in the Royal Suite, which houses all sorts of princely toys (and no, we don’t mean Kate Middleton, who spent the last few days leading up to her wedding to Prince William here in 2011), we still found ourselves bedded into an impeccably lavish setting. Our white marble bathroom, adorned with oriental wall paintings and classic Empire lampshades, was an absolute treat, a complimentary sheep plushie (The Goring’s animal patron saint, a recurring motif throughout the hotel) a sweet gesture, and a veganised-upon-request fruit and patisserie welcome platter was so generous, we thought it impossible to finish.

In any case, not bringing a decent appetite to supper at the Michelin-starred Dining Room is hardly proper and certainly not advisable. We felt as though the restaurant, led by Execute Chef Richard Galli, probably hadn’t changed a bit in the last thirty years – not that we minded. In fact, the Swarovski chandeliers and a waiver of music lend the dining experience something rather solemn and official; an insistence on tradition elsewhere often discarded. The hotel also offers private dining in its Silver Room, where Winston Churchill held meetings with allied leaders during WWII – quite the story, should conversation ever run dry.

It should come as no surprise that The Dining Room also scores from a gastronomic perspective, especially seeing HM Queen Elizabeth II herself hosts occasional luncheons here. Our globe artichokes with confit lemon purée and lovage were an exquisite starter followed by salt-baked celeriac with autumn truffles. And an oak and cashew-based blackberry mousse with redcurrant sorbet made so splendid of a dessert, it made us wish there’d been a sweet, plant-based breakfast option to swap the hotel’s somewhat bland avocado toast with. But The Goring is, of course, all about tradition.

Breakfast aside, there were only a few times we found ourselves wishing for a more modern hospitality experience: USB sockets on guest rooms or an alternative to the somewhat old-fashioned, heavily-perfumed toiletries would certainly be a step towards even more bespoke luxury. Not that we’re complaining, though. All in all, a stay at The Goring is as regal as things get in London and – by extension – anywhere. Returning to our plush lodgings after dinner, we found the radio playing Chopin, jasmine tea waiting by our bedside and our mood lights having been dimmed to a sensual setting aptly named ‘Oooh…’ (our favourite). Really, it would be hard not to feel like a Prince.

Photography courtesy of The Goring