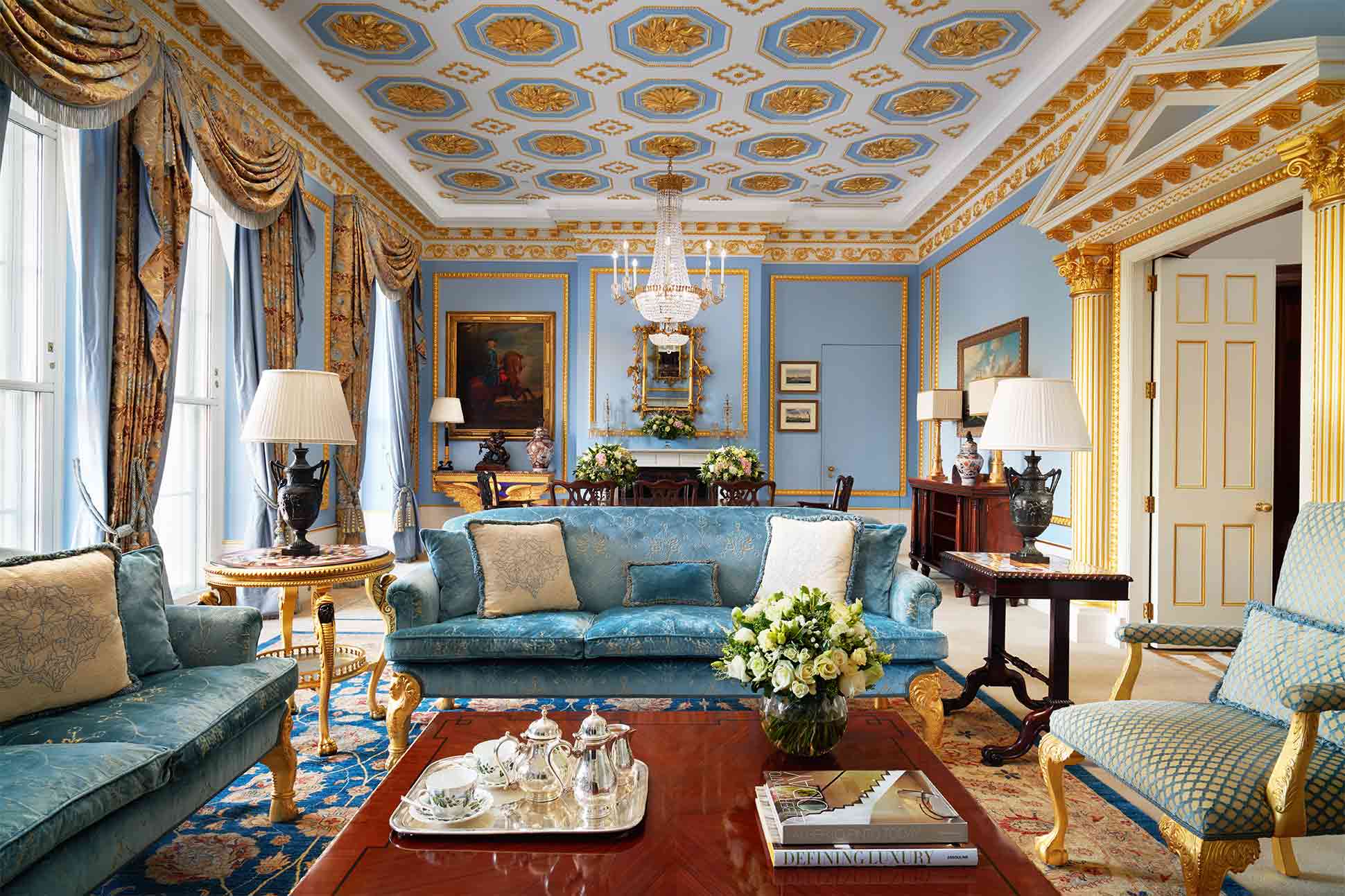 No place on earth has a higher density of five-star hotels than the British capital – and yet, The Lanesborough somehow stands out from the crowd. Opened in 2015 after an 18-months renovation spearheaded by famed interior designer Alberto Pinto, this ultra-sophisticated Oetker Collection property sets an example for luxury hotels not only in London, but anywhere in the world.

We still remember passing The Lanesborough en route to our then home in West London a few years ago, wondering what was behind the Grade II*-listed building’s stately facade, and why there’d be at least one Phantom parked outside its entrance at all times. Despite all its grandeur, it’s easy to miss that this Hyde Park Corner address is about as upscale a hotel as it gets, which speaks volumes about the property’s commitment to refined understatement. Though upon walking past its discreet plaque by the entrance for the first time, checking in for a recent overnight urban spa retreat, we immediately understood that The Lanesborough’s opulence lies mostly in its museum-like interiors: oil paintings, sculptures and endless hallways clad in dark wood with gold inlays paint of a picture reminiscent of Britain’s most magnificent manors (the hotel’s ‘Royal Entrance’, meanwhile, is downright fit for a Queen).

Spellbinding as The Lanesborough’s public spaces are, you’ll want to make your way to your private lodgings eventually. The property features a total of 93 rooms and suites, including the 450 square-metre Royal Suite, which extends to seven bedrooms, accommodating up to 18 guests. It’s the single biggest suite in town; though seeing we arrived with just one guest in tow (rather than 17!), we gladly settled for a smaller suite. Though ‘small’ is an understatement: our room boasted a fairytale-like bed with a crimson canopy, designated one-tap butler buttons, two iPads controlling every aspect of technology available, a fully-fledged working space and a gorgeous chimney above which a painting concealed a wall-mounted LCD TV – another television was hidden in our bathroom mirror, and we loved that both sets were rendered completely invisible unless turned on.

Vibrant colour combinations made the traditional decor of our suite appear in a friendly and modern light, which helps preventing all the antique amenities and ceiling roses from looking old-fashioned and overwhelming. Our bathroom, meanwhile, felt positively pompous and was equipped with bespoke amenities by British perfumer Roja Dove, including actual bath foam (you won’t believe the number of hotels that expect you to run a bath with shower gel!). Those looking for even more relaxation will find it at the hotel’s ultra-luxe underground Lanesborough Club & Spa, perhaps London’s most exclusive private members fitness and health club. We thought the treatments alone justify a stay here, and a designated spa butler made sure fresh towels and water are always at hand. If you need something more substantial, there’s the tranquil but stylish spa restaurant, where service was again immaculate – give our love to the wonderful Fabio when you visit.

As you’d expect from an Oetker Collection property, staff at The Lanesborough are highly trained and wonderfully suave. They speak of the hotel in the highest terms, clearly taking pride in their work. Though formalities aside, our butler, who turned out to be a fellow vegan who lives in our neighbourhood, also added a warm touch to our stay that it made it all the more memorable. Only dinner at the Michelin-starred Céleste revealed a few weak spots: it’s one thing to serve a wrong side, but it’s another to get our dietary requirements – as well as those of our guest – wrong. You could blame it on the live piano music, which albeit beautiful, was at times so loud, it made it difficult to converse with our companion or place an order without fearing the waiter would misunderstand it (not that we’d found many plant-based options in the first place). On the plus side, the atmosphere at Céleste was utterly romantic thanks to the conservatory-style ceiling and chandeliers worthy of a palace. There’s also a selection of show-stopping cocktails and a scrumptious vegan shakshouka available during breakfast; both of which helped making up for a somewhat chaotic dinner.

Ultimately, even the most discerning of travellers will find something extraordinary at this most refined of London hideaways. Whether it’s the tea sommelier available during afternoon tea, pre-Castro Cuban cigars and cognacs from the 1770s at The Garden Room, the incredible dedication to crafts visible in the plethora of bespoke cornices and coffering work, or our personal favourite, the Siberian forest cat-in-residence, Lilibet, famous for making regular appearances on The Lanesborough’s Instagram (as well as the buzzing Library Bar). There’s many a fabulous five-star in town, but nowhere is quite like this effortlessly elegant Westminster address – frankly, an icon of all we love about London.