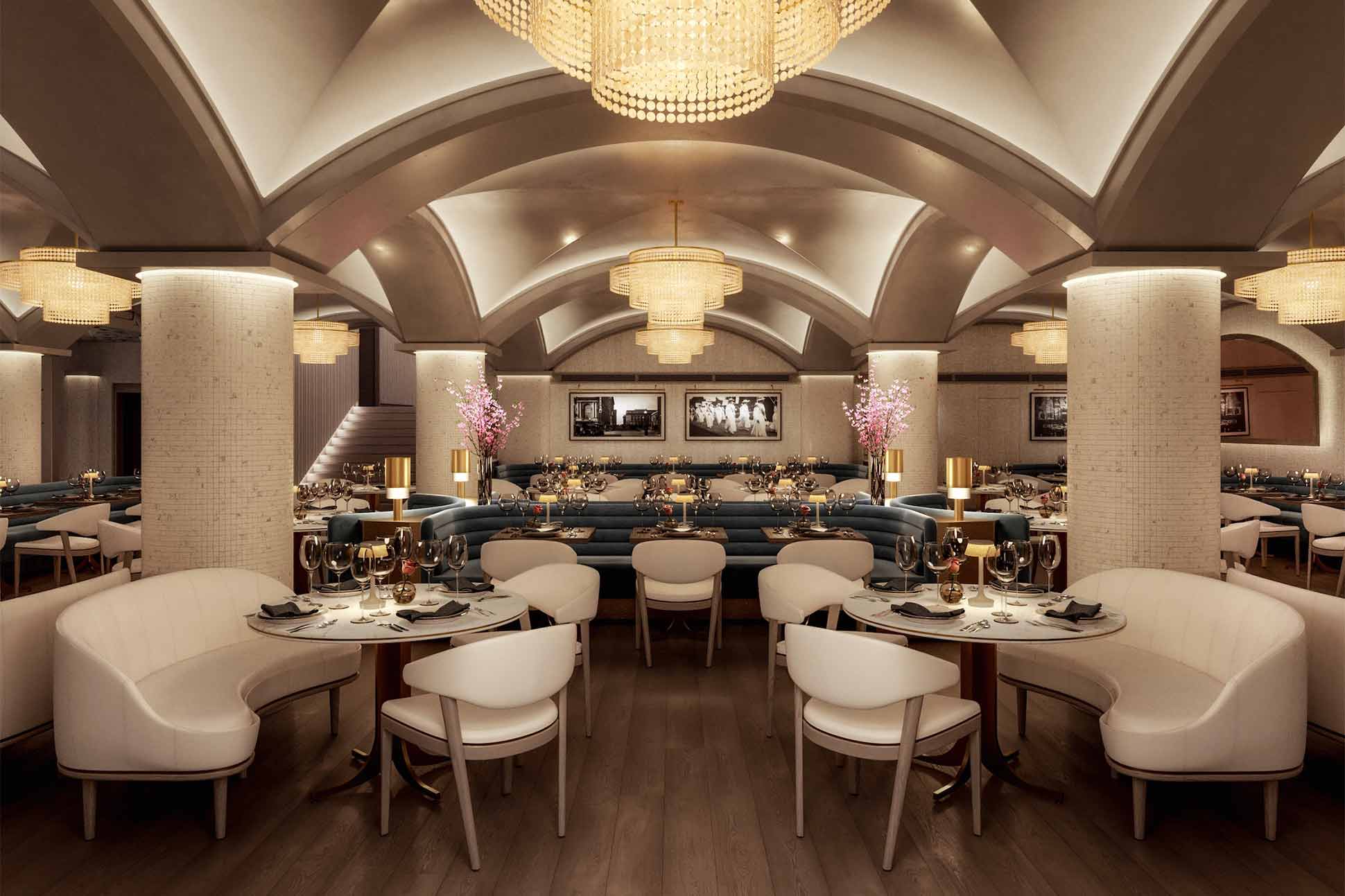 This opulent Hermitage Hotel in downtown Nashville celebrates its 111 year anniversary this year. Built by architect James Carpenter in 1910, it is made of superb materials including Tennessee marble for the floors, embossed plaster, stained glass, and iron to name just a few. The Beaux Art influence is evident with symmetry and intricacy in equal measure. Slightly overwrought but still stylish, its clientele has often been the cream of society and the wealthy political class, but Nashville’s glitzy show biz customers are now also welcome at the Hermitage – without so much as a sideways glance.

You would be forgiven for thinking that you had stepped into a time machine on ascending the stairs to the expansive lobby. The eye moves up distinctive fireplaces and ends at the opulent stained glass ceiling. The plump chintz furniture and enormous palm trees give off a distinctive Victoriana air while furnishings are in quiet shades of winter white and pale blue.

The hotel’s Veranda was formerly open to the outside and overlooked the street below. It is now closed in but with windows so there is still a view. This is the location for the well-known afternoon teas at the Hermitage Hotel, which are white-glove service, of course.

In its not-so-distant past, women were not allowed to enter this hotel through the front entrance as it was where senators from the State Capital would gather to smoke their cigars and pipes and discuss politics, not considered an appropriate environment for gentlewomen. But the savvy ladies of the suffragette movement (both pro- and anti-) in 1920, the year of the vote, had their campaign offices here for access to those very senators. On August 28, 2020, the Hermitage Hotel was designated as a National Historic Landmark for its role in the final victory of the passing of the 19th Amendment into law.

Senators would make their way downstairs to the Capitol Grille restaurant with its vaulted ceilings, also for men only. To this day, this is the location for the hotel’s award-winning lime green and black glass-tiled men’s room. In 2008, it was voted as the Best Restroom in America by Cintas. This Art Deco lavatory is so sleek and stylish, ladies are now encouraged to go in and have a look. Bus tours stop here regularly.

Now, a complete refurbishment of the downstairs has updated, refreshed and expanded this basement. The restaurant is named Drusie & Darr, after a previous manager’s two children who lived on site. Care has been taken to keep unique wooden features, the original embossed plaster ceiling in the iconic Oak Bar, but the expansion has allowed for more covers as well as having significantly upgraded the kitchen.

The upper floors, including guest rooms, have a bit more warmth in their colour palette. Rooms are clean, elegant, spacious, and have period furnishings and décor throughout.

Photography courtesy of The Hermitage Hotel