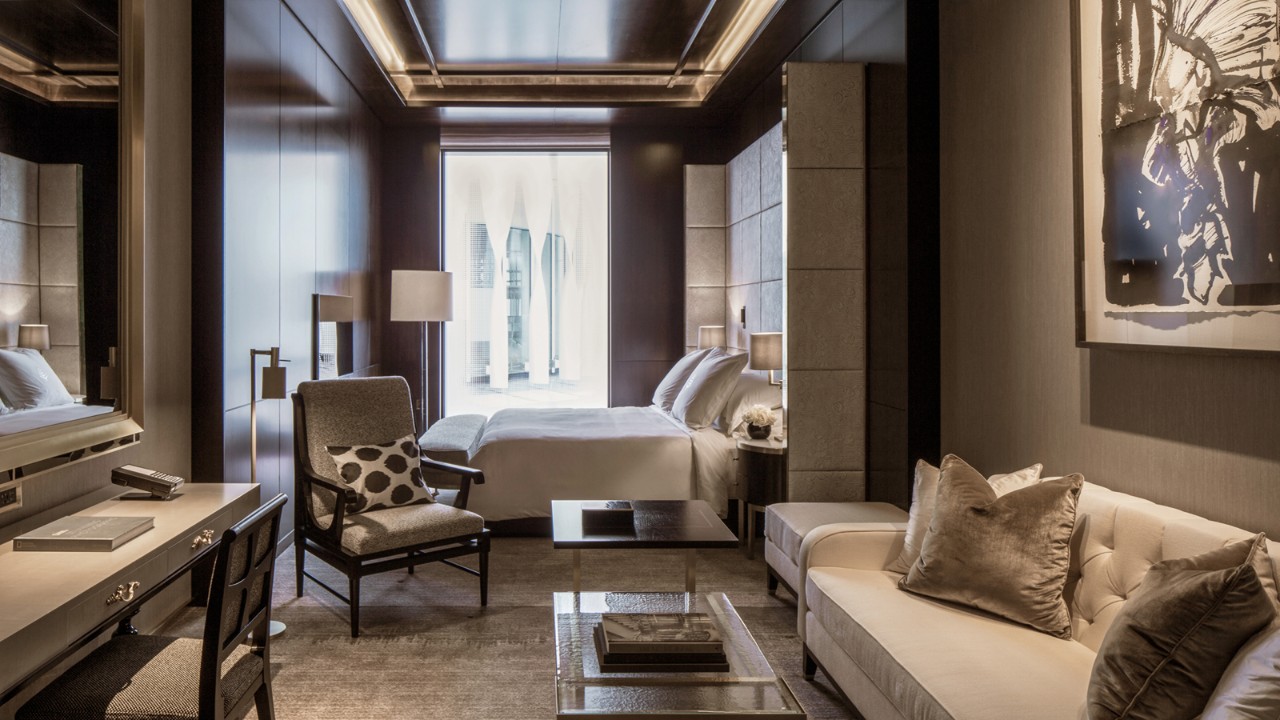 In London’s original foundations, just opposite the Tower of London, we checked into the Four Seasons Ten Trinity Square, set in a heritage building that Londoners often miss, a monument to the city’s past glory as the centre of the world.

Back when the river Thames flowed with trade riches, the Port of London Authority building at Ten Trinity Square officiated over it all. Fast forward just a hundred years, and this building in the heart of the old city of London is now a Four Seasons, complete with private members’ club and residences.

The grandeur begins as we walk up its steps through its imposing Corinthian columns, into the marble lobby that faces the property’s grand rotunda. We’re drawn to the cavernous space set under an imposing, gilt-ribbed dome, the circular communal lounge that nods to its Edwardian past, complete with maritime detailing to remind us of its illustrious history. It is a glorious spot for guests to sip whiskey, or afternoon tea, as we’re told by our charming host.

In contrast, our suite at the Four Seasons Ten Trinity Square was surprisingly modern and a departure from the wanton Britishness that the rest of the property exudes. Instead, French designers have had a hand in the interiors, the Parisian 4BI et Associés no less, known for their contemporary opulence. We’re sure they were picked to appeal to a more international jet-set in a city well known for its heritage hotels. The proportions of the room were fantastic, with high ceilings that are so rare in city hotels these days. Sadly, the view isn’t up to much, possibly a quirk of layout, looking out onto a barren internal courtyard.

The French touches continue in the hotel’s fine-dining restaurant, La Dame de Pic, where under the stewardship of Michelin-starred chef Anne-Sophie Pic, delicious, contemporary haute cuisine is on offer in a grand, yet informal atmosphere.