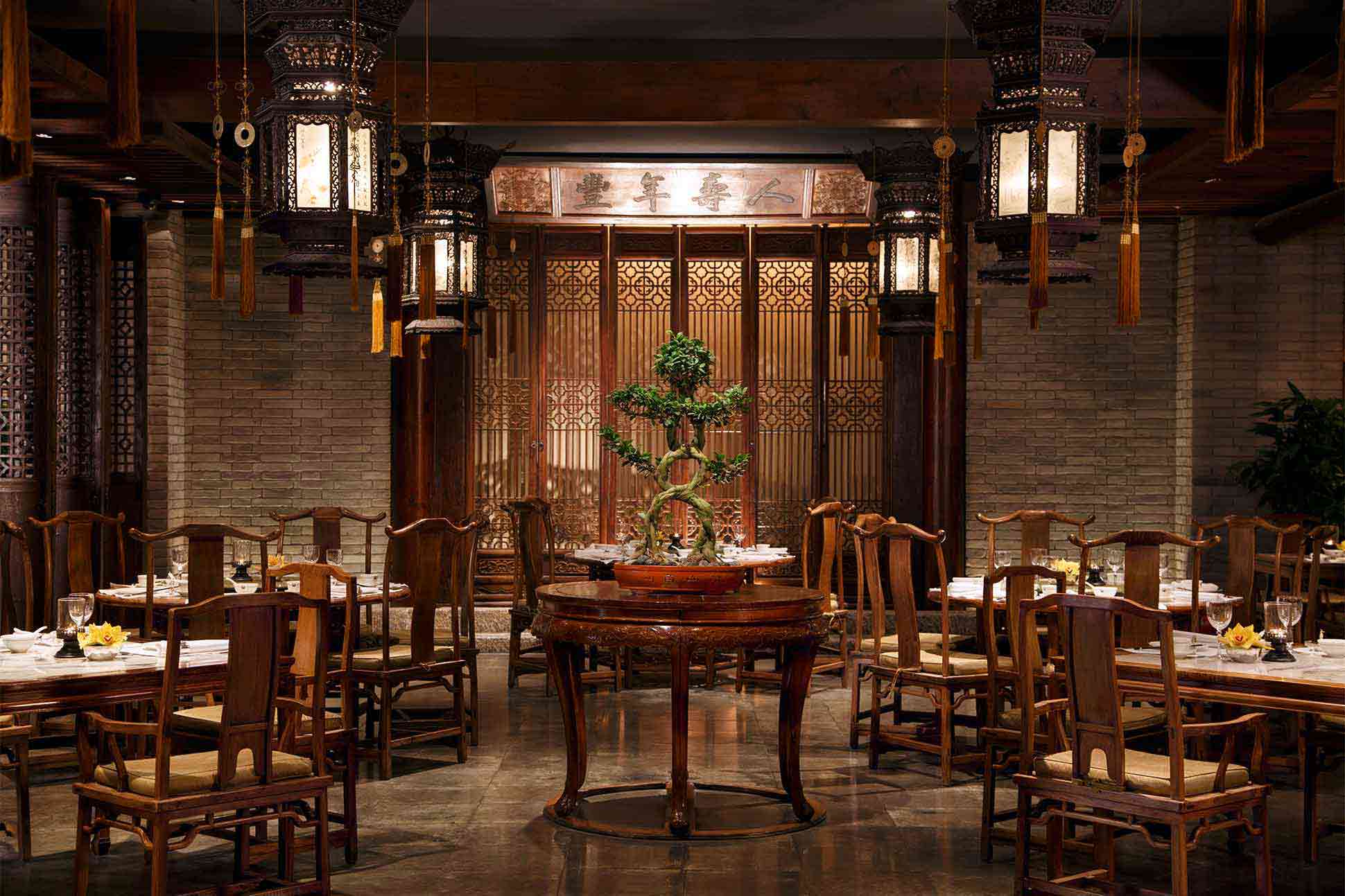 The imperial city meets the Chinese capital of tomorrow – that’s how we’d currently describe this palatial luxury hotel, The Peninsula Beijing. Its longstanding reputation as the city’s first internationally branded luxury property brings with it tremendous experience and know-how in dealing with the international jet set. But now, with a mega-million dollar facelift, the hotel has catapulted itself into the 21st century, to cater to the whims of the contemporary traveller.

A charming guest relations manager armed with a tablet walked us through the grand, imposing marble lobby of The Peninsula Beijing, past a sweeping, picturesque staircase that has graced many a wedding magazine cover. From the outside, this seemed like a different hotel – the exterior of the building somewhat of a folly, a theme-park version of Chinese architecture. But the inside is bright, modern and welcoming – of course with little embellishments like the ‘han bai yu’ carved stone that pays homage to the royal palaces of the Forbidden City, just a short walk or bicycle ride away. You can’t expect to be in the Chinese capital and not see some traditional touches.

There are contemporary ones too, like the tall bronze sculptures by Chinese artist Zhang Du, part of a collection of artwork including paintings and photography, commissioned through the city’s Museum of Contemporary Art.

Our duplex suite set over two floors was sprawling. We’re told jokingly that we’re now getting “two for the price of one” as the hotel’s once over 500 keys are now reconfigured to just over 200. So all rooms and suites are double the size of their previous nineties counterparts, some of the largest available in the city. We loved the decor – serene mother-of-pearl white and greys, cerulean soft furnishings and intricate calligraphic art – that made up our comfortable living and sleeping space. And of course, there was a luxurious marble bathroom – with an enormous soaking tub – as you would come to expect from a hotel of this stature. But beyond the looks, high-tech lay hidden beneath it all, meaning everything was customisable; from mood lighting to room service, and concierge recommendations, with just the tap of a screen.

Breakfast each morning was served in-room or at Jing, the modern, all-day-dining pan-Asian restaurant – with buffet treats spanning all corners of the silk road and beyond (bacon, eggs and pancakes included). The culinary highlight of our stay here was Huang Ting, the elegantly decorated Cantonese fine dining restaurant and tea room, depicting the ambience of a local Hutong, albeit a decadent one. The food? Sublime. And that goes for all food and beverage outlets at the Peninsula Beijing.

We recommend sundowners after your day of exploring the capital, at the rooftop Yun Bar and Lounge, where the building’s original chinoiserie comes into its own, albeit with Mediterranean flavour. Here we rubbed shoulders with Beijing’s socialites, donning their Louis Vuitton shopping bags, fresh from the hotel’s own shopping arcade down below.