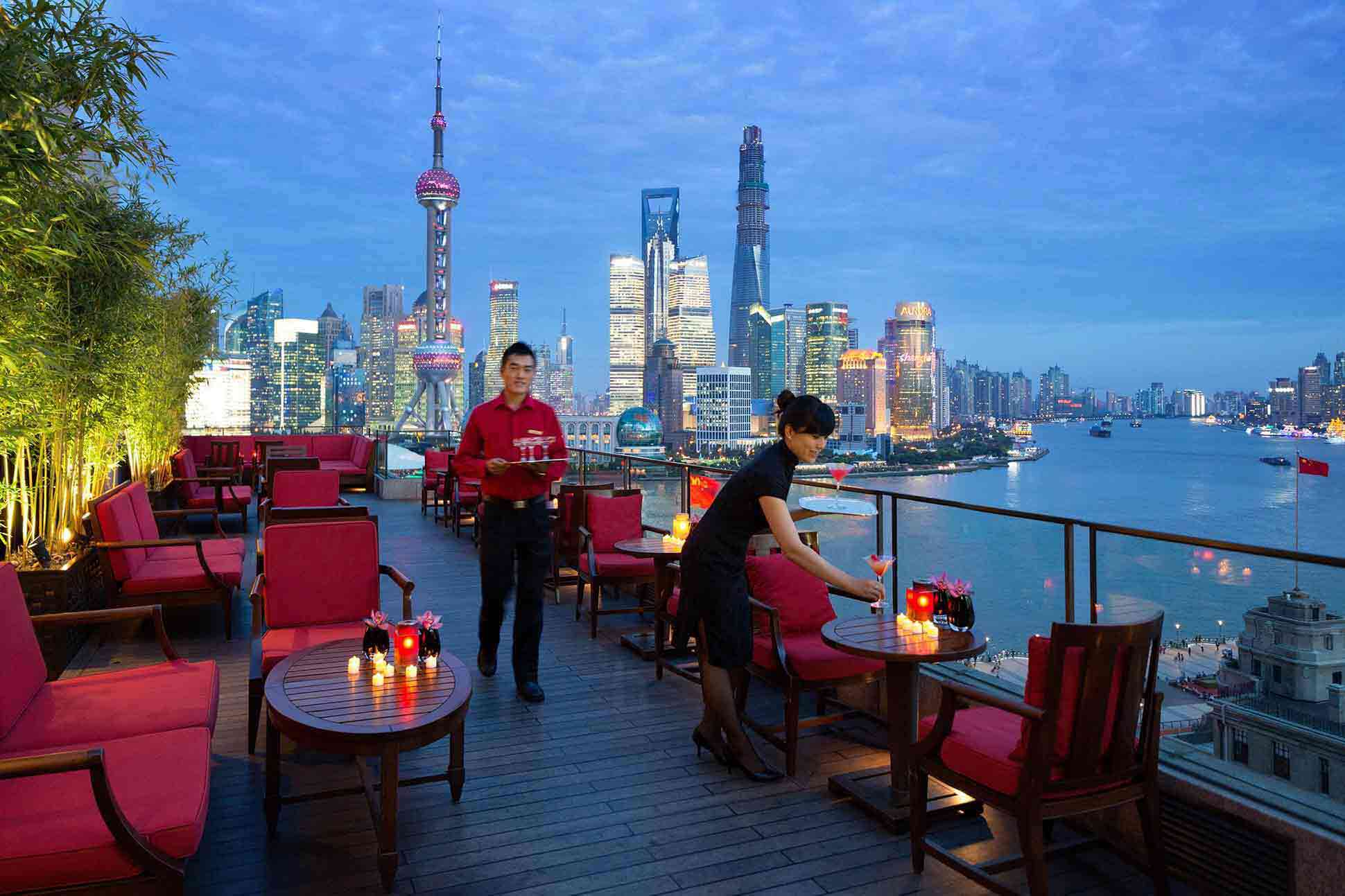 The Peninsula Shanghai isn’t an old hotel, but it has achieved grand dame status pretty quickly. Nestled between some architectural landmarks from the city’s 1920s heyday – like the Neoclassical HSBC headquarters and historical Customs House – the hotel channels Shanghai’s past as a cosmopolitan, international hub and melting pot, but brings it rocketing into China of the now and future.

Shanghai, China was once known as the “Paris of the East”; and the Peninsula Shanghai has taken this moniker quite literally. In our suite designed by Pierre-Yves Rochon, French touches like mahogany, etched glass doors and statement chandeliers are quintessentially European. But the hotel’s aesthetic team has also put in some ‘sense of place’ flavours – Ming-era blue and green textiles and lacquered furniture are fine, oriental examples.

The sophisticated bedside tech meant that we could draw the curtains at a push of a button to reveal a magnificent view. We didn’t close the drapes ever again, spending hours staring out at the historic Bund and Pudong’s super-modern skyline. That’s when we realised that despite us wanting to imbibe in the romanticism of Shanghai past, it’s more important that we live in the China of today and dream of its future. The clever-clogs hotel designers knowingly pushed us towards this desire; by delivering an experience within the property that is worldly in outlook, unashamed of its grand history and cognizant of the future.

Outside our suite, we thoroughly enjoyed the two-Michelin-starred Yi Long Court, serving up mouthwatering southern Chinese cuisine – familiar, yet surprising – and if money was no object, we could have eaten there every day. But the hotel’s crowning glory is Sir Elly’s Terrace, up on the roof. Here, the hotel’s mixologists distracted us with stories and entertained our tastebuds on smoggy days and gracefully presented the jaw-dropping, iconic Bund view when it was clear.

We have to take our hats off to the team here, not just our cocktail makers, but literally everyone we encountered during our time at the hotel. Well oiled, slick yet friendly, they went out of their way to make our stay just perfect.

Photography courtesy of The Peninsula Hotels