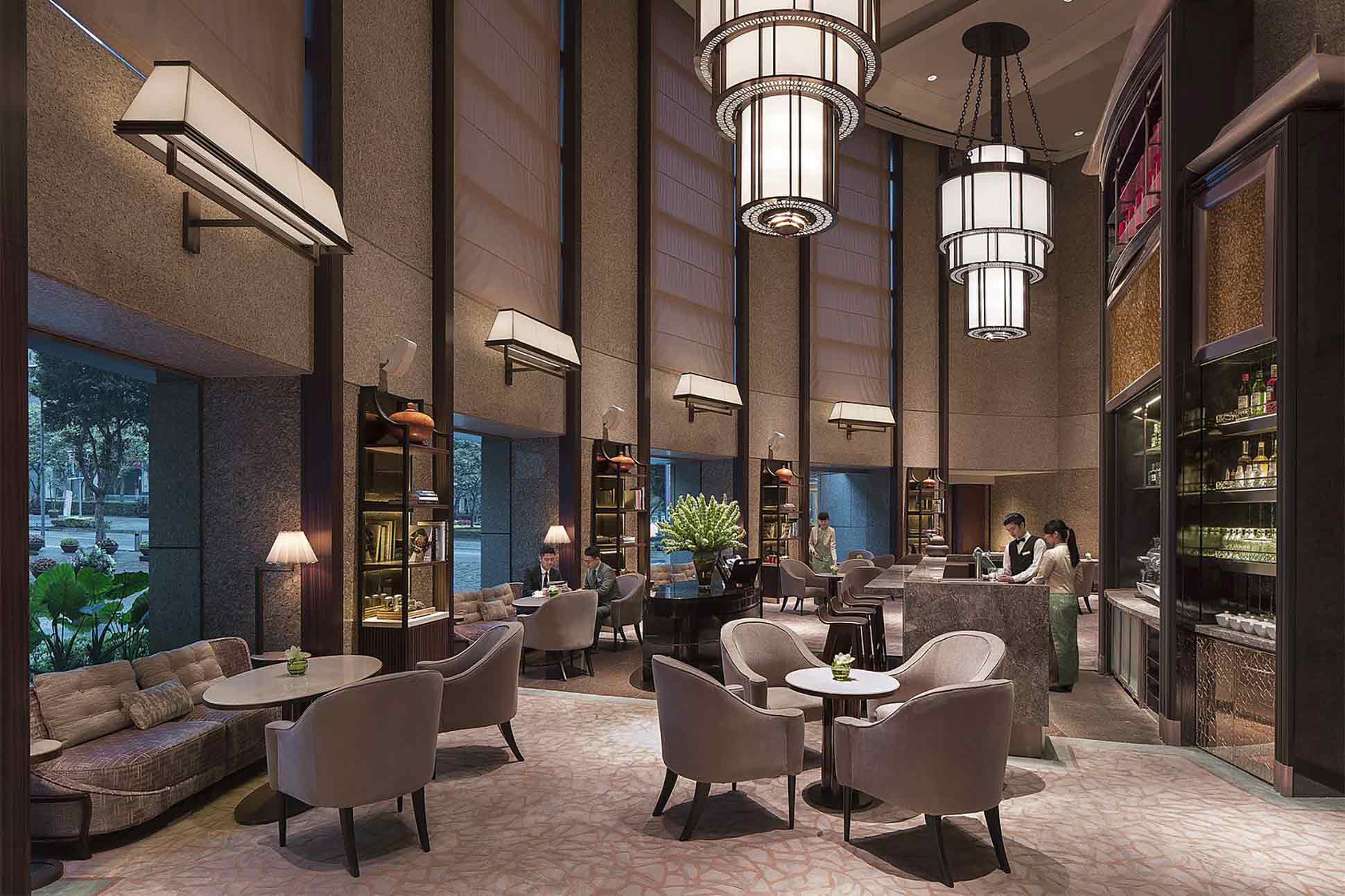 The Shangri-La brand runs deep in many travellers’ blood, particularly those of us of Asian descent. Our stay at the Shangri-La Far Eastern Plaza Taipei brought back happy memories. Perhaps it was the dim sum at its Shang Palace restaurant or the grand, marbled atrium, or our beautiful Horizon Club Premier Room with breathtaking views. In any case, this hotel is a distinctive and wonderful example of Shangri-La’s traditional approach to luxury hospitality.

If there is such a thing as a modern Grande Dame, this would be it. The Shangri-La Far Eastern Plaza Taipei is approaching 25 years of doing business and its experience shows; from the crisp eye-catching red uniforms of the bellmen to the high level of polite and personal service offered by the hotel’s team.

Aesthetically, the overall design is classic, verging on dated in parts – primarily because of its age, although a recent US$50 million upgrade to the property has added a contemporary dimension to the hotel.

It has an interesting history; built at the height of Taiwan’s heyday, it aimed to be a hotel for the future. The Shangri-La Far Eastern Plaza Taipei was the city’s most opulent urban resort for many years. True to its Asian DNA, the architecture of its 38-storey towers represents the number 8 (deemed lucky to people of Chinese descent) when seen from above. The owners believe that this is why the hotel is still held in the greatest regard all these years later.

The Asian stories don’t stop there though: statement pieces of oriental art and antiques pepper the public spaces and the hotel’s gastro offerings include two Chinese fine-dining restaurants, a Japanese eatery by two-Michelin-starred chef Takagi Kazuo and ‘Café at Far Eastern’ – a sprawling Asian-style buffet dining room. Even the hotel’s Mediterranean restaurant doesn’t escape the theming, named Marco Polo after the Italian explorer who journeyed through China.