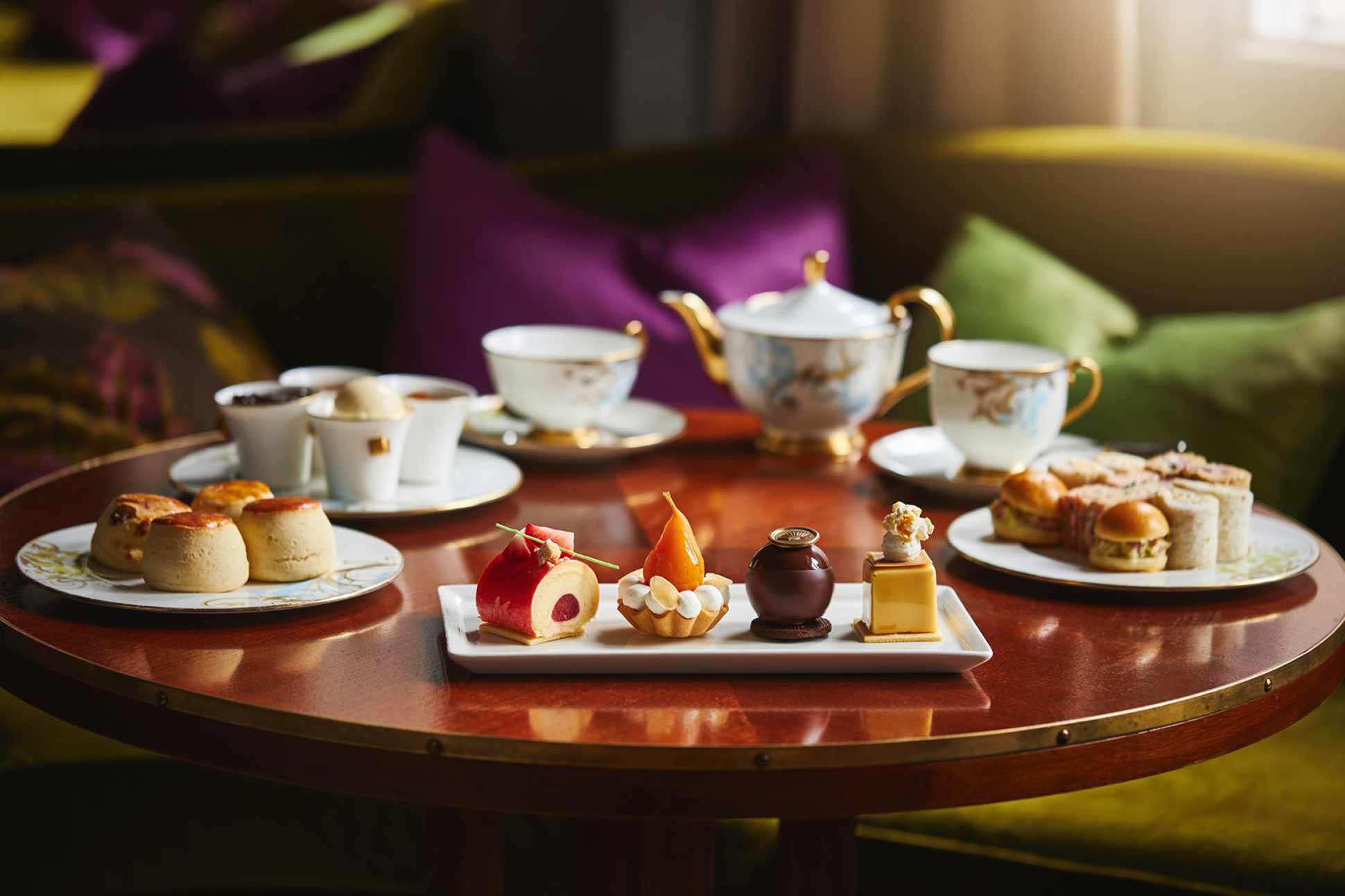 As luxury hotels in the UK gear up to reopen – and the future of international inbound travel still uncertain – a number of properties are innovating on concepts to woo Brits into their hallowed halls. With an attention-grabbing (and delicately, or in some cases dramatically delivered) afternoon tea highly regarded as the benchmark to a British hotel’s hospitality prowess, we afternoon tea enthusiasts became very willing guinea pigs to roadtest some of the treats to come when hotels throw open their doors once again.

There is magic in a splendid afternoon tea, a quintessentially British tradition dating back to the mid-1800s. It was first initiated by Anna Maria Russell, the seventh Duchess of Bedford, who turned necessity (to stave her hunger between lunch and dinner) into a social event at her home in Woburn Abbey, just north-west of London. When she came into the capital each year for the season, she brought the practice with her and it became popularised by the city’s socialites, high-end tea salons and hotels alike. Sounds like an episode of Bridgerton, doesn’t it?

Nearly two hundred years later, afternoon tea has become – or rather, remains – a favoured experience, with people travelling from far and wide to take part. It is often said to be the touchstone of a good luxury hotel and a measure of its food and beverage ability. Afternoon tea has also become a staple for celebrations and provided us Londoners with reasons to get into some of the city’s top hotels and enjoy their gorgeous lounge spaces.

London hotels have long gone out of their way to present inventive and attention-grabbing afternoon tea concepts, but more so now as they’ve had the time to refine and innovate on their offering. The race is on to attract people back into their spaces when they reopen and create a buzz for when international travellers arrive on our shores again.

The Mandarin Oriental Hyde Park has got ahead of the game, staving our hunger for afternoon tea (the Duchess would approve!) during the lockdown by offering their new The Rosebery Tea as a hamper at home (or for in the park right next door, or any park for that matter) throughout the Spring.

When indoor dining reopens on the 17th of May, we’ll be able to get back into the beautiful The Rosebery lounge at the Knightsbridge hotel to soak in the contemporary atmosphere as well. We had a hamper delivered to us recently and it was exquisite; in East meets West fashion, and in line with the brand’s personality. We particularly loved the salmon nori sandwiches rolled into maki sushi-like parcels. The Cotswold egg and black truffle sandwiches were also mouthwatering. We take our hats off to chef Francisco for his innovative take on the bite-sized snacks. Our sweet-toothed Experientialist fell for pastry-chef Paul’s mango and lychee rice pudding and caramel poached pear tart, part of a selection of treats that takes days to prepare. The litmus test? Well, we’re pleased to report that the scones were a delight, each fluffy and melting in our mouths.

And when you’re done at the Rosebery Lounge, perhaps you might want to walk off the food with a stroll through Hyde Park, over to the chic residential neighbourhood in Kensington, near Holland Park, to pay tribute at what was the Duchess of Bedford’s London residence, and a street named in her honour.

The Shangri-La London Hotel at the Shard is as always (it comes with the territory) taking its afternoon tea offer to new heights. As part of a food and beverage revamp – including the opening of its ground-floor Aperol Terrace for summery cocktails, and new bottomless, pan-Asian Sky-brunch – they are introducing a Liquid Tea at their infamous GŎNG space, featuring sweet and savoury mini-cocktails and sophisticated Asian tiffin bites. The contemporary take on nigiri sushi is delicious (our favourite was the Beef tataki with sour cream and horseradish) and the cocktails inventive; and the setting, way up above London offers a truly spectacular view on a clear day. But there isn’t just one option for afternoon tea at the Shangri-La London, as TĪNG will also get in on the action, providing something that’s a little more playful – a picnic tea – available to have indoors, or packed up as a hamper basket, should you want to grab one of the hotel’s bikes and explore some of London’s outdoor spaces. Do dry the hotel’s own tea blend, a fragrant, peach-scented cuppa.

Even some of the more established creative concepts are relaunching. We’re thrilled that after the hiatus, The Berkeley will be resuming its world-renowned Prêt-à-Portea with a new and admittedly eye-catching Spring/Summer ’21 collection. The hotel has long been known for their couture cakes inspired by the fashion runway, but for this new season, we will see (and we got to taste) Donatella Versace’s ocean-themed cocktail dress, reimagined as a coconut darquoise and mango confit, encased with exotic fruit mousse and topped with a sugar starfish. Anna Wintour will also be front-row for this afternoon tea, although interestingly they’re theming her ‘vanilla’ – wonder what she’ll have to say about that. The centrepiece of the collection for us was Halpern’s feather gown – a ‘rich’ financier cake topped with black wafer legs. And should you want to get hands-on in the ‘atelier’, you can also take a class with Head Pastry Chef Mourad Khiat, who will reveal his secrets … call it Project Runway, with a sweet twist.

Photography courtesy of Mandarin Oriental Hyde Park, Shangri-La London Hotel at the Shard and The Berkeley