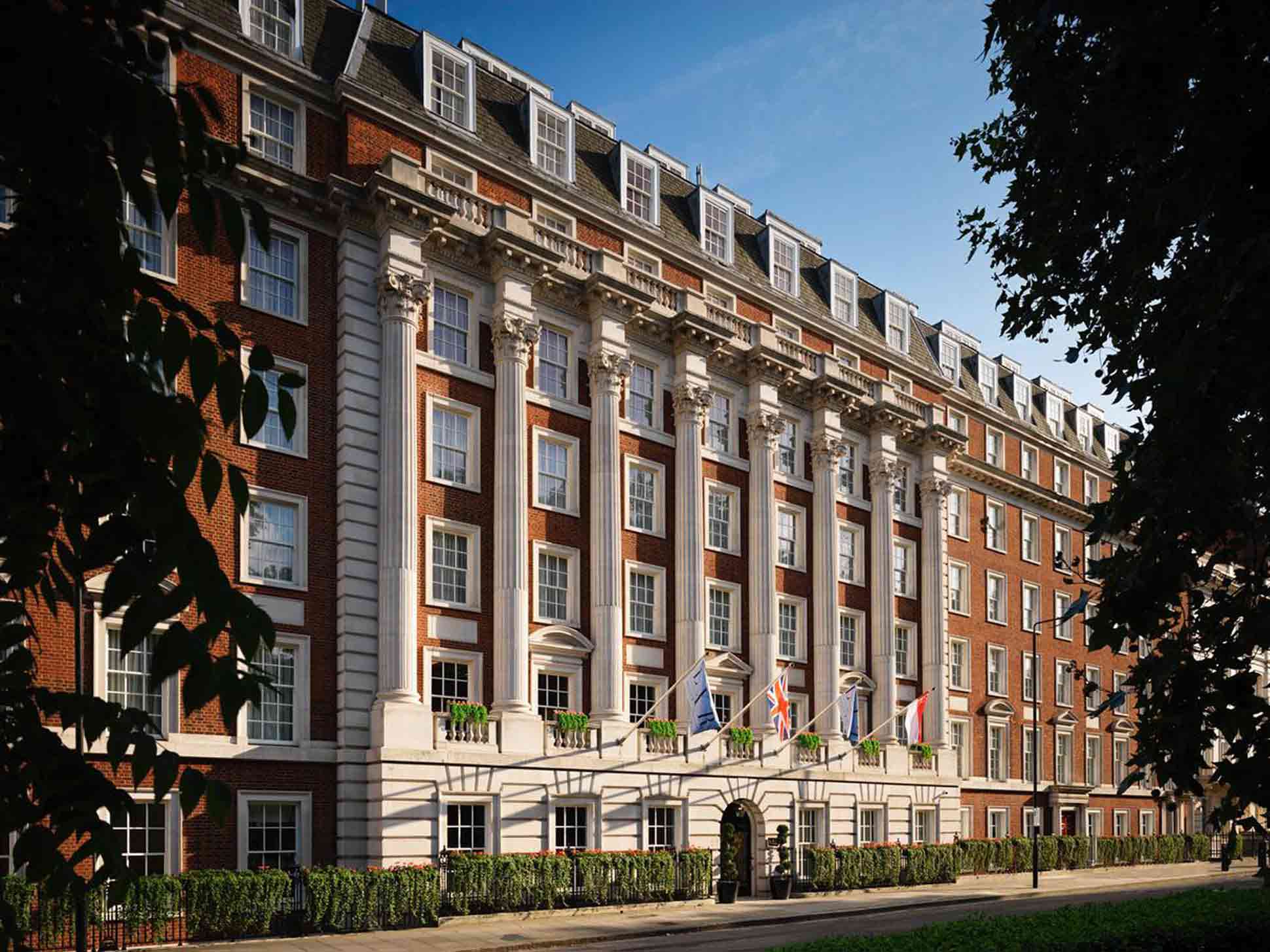 London’s Grosvenor Square, once a high-brow, American enclave, returns into British hands with the US embassy’s move. Fronting it, is a reimagined gem; the sophisticated Biltmore Mayfair, part of Hilton and a member of its LXR Hotels and Resorts portfolio of independently-minded, individual, experiential properties.

The statue of Franklin D. Roosevelt at the centre of Grosvenor Square in Mayfair, London, could tell you a thousand stories. But even before he found home here, the storytelling already started. From the establishment of the US embassy in the 1930s (US diplomacy here spans further back to the late 1700s when John Adams, the second President of the United States set up camp in a house here on his first ambassadorial mission to the home of his ex-colonial masters); to it being the playground of the Bentley boys and Bright Young Things, in the roaring twenties; to going even further back in history to its creation as a vanity project by the then Duke of Westminster.

We spot old-man Roosevelt from our sprawling signature suite overlooking the square – one of eight specially designed top-tier dwellings, out of 57 curated one and two-bedroom accommodation and duplexes, some with full kitchens. We’re delighted that the view is new even to us Londoners; so we absolutely recommend that you request a room with a Grosvenor Square view, which by the way, is now considered the front of the hotel (the back of the hotel was the original drive-up entrance). We’re told that some of the suites are currently being renamed, subject to final sign off… there will be a Harrowby Suite (after the foreign secretary who lived here in 1815 when the news of the victory of the Battle of Waterloo was first received), a Kendal Suite; and a Duchess of Devonshire Suite. We feel these will definitely suit to property much better than the current names, giving it some sense of place.

The vibe across this large (over 300-room) property is contemporary art-deco, providing eyefuls of the elegant sophistication you’d expect from a Mayfair hotel – including sparkly crystal chandeliers and lashings of white marble. The sense of opulence is further finessed by dedicating much space to communal areas and rest-spots, on each sprawling floor. You won’t miss the thoughtful chinoiserie throughout, a nod to the popular embellishments of the era, not to mention to the hotel’s Singaporean owners.

Back in room, we particularly loved the high-spec designer pieces that had luxury hospitality written all over them, from a leather-encased steamer-trunk bar in-room, to ‘vintage’ mirrored side tables and grand armoires. So not to forget that you’re in London’s designer district and fun is on the agenda, colour-accented soft furnishings complete the picture. A large, sumptuous bath is the focal point of the swanky, minimalist white-marbled bathroom. You can tell that the property has set a goal to be an urban retreat at the heart of this bustling capital.

In-room dining was quite the treat – as Michelin-starred chef Jason Atherton is the man in charge – he runs The Betterment restaurant downstairs. Rumour has it at time of press that the dining area is going to be completely reconfigured to make even more of the culinary experience, yet provide a brasserie element for those looking for a lighter bite. Just adjacent to the restaurant, is the tea lounge; and outside, a private terrace, both wonderful settings for cha and cakes. But if like us you prefer to spend the early afternoon supping cocktails, you must make a stop at the hotel’s ‘pretty in pink’ Pine Bar.

While we enjoyed escaping to this property, its secret weapon lies in its location, just a short stroll away from all of Central London’s pleasures – particularly for designer shopaholics. We visited at a time when the property was quiet, but what remains to be seen is how the hotel will cope when it is busy. With 300+ rooms there is a danger that it could lose that intimate, luxury edge that many of its competitors nearby has, should it get close to capacity. Somehow, we feel it’ll manage just fine.

Photography by Uwern Jong, otherwise courtesy of The Biltmore, Mayfair, an LXR Hotel and Resort by Hilton