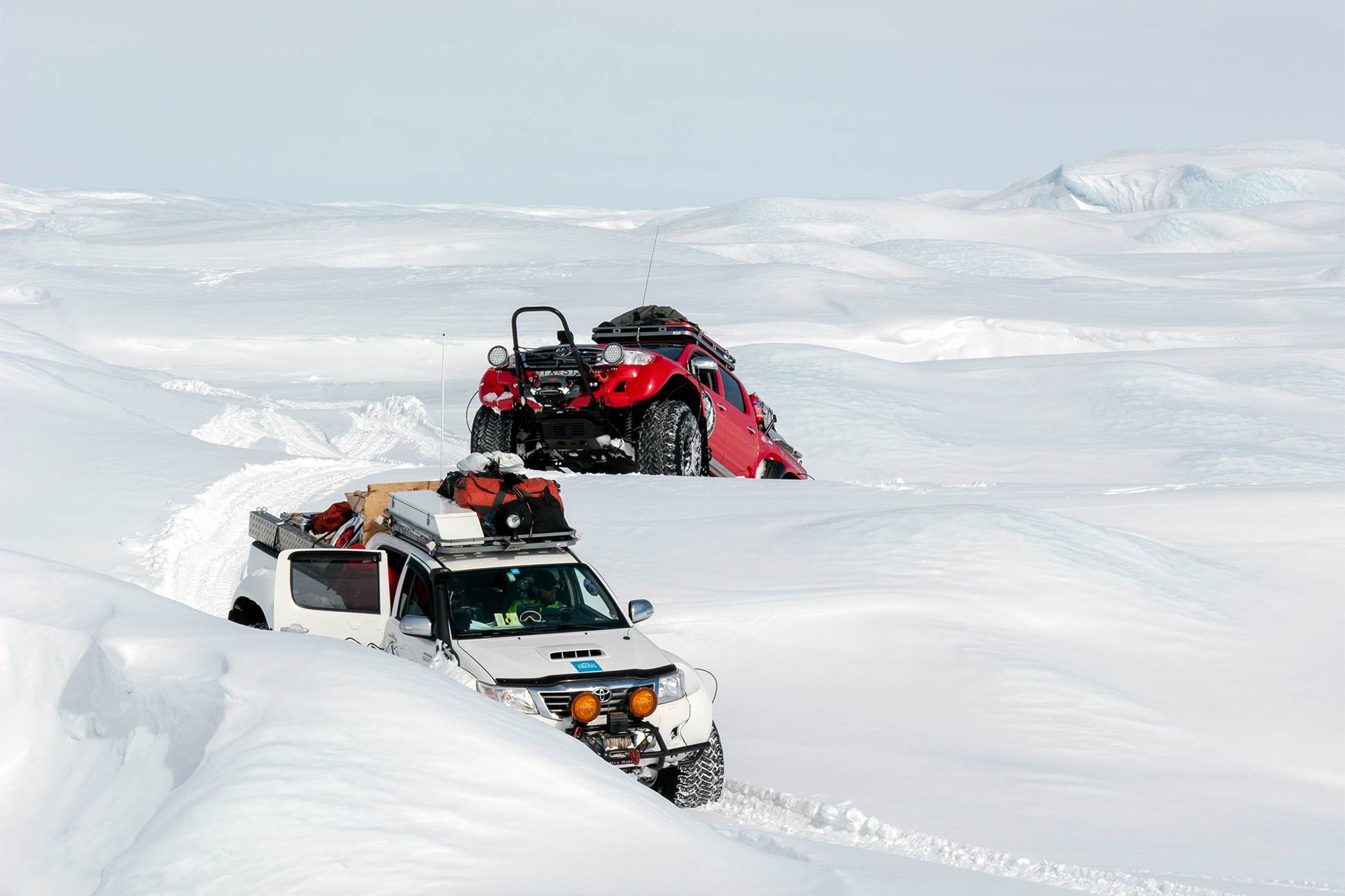 Ariodante Travel:
North of the map

Luxury tour operators are bending over backwards to send adrenaline junkies on evermore thrilling adventures these days. Still, it’s been a while since we’ve seen anything remotely as ambitious as the one-man mission to the world’s northernmost island by Ariodante Travel. A record-breaking expedition requiring hundreds of staff and resulting in valuable contributions to science (as well as unrivalled bragging rights), this Arctic voyage of discovery sells at a sweet £15.3 million – good thing we’ve been saving up.

Fancy an entry in the Guinness Book of Records? You’ll be pleased to hear the latest luxury journey by Ariodante Travel comes with a rather impressive one: to be the first person in history to have walked on the supposed islands off Greenland’s upper tip. Though the world’s northernmost land is currently said to be at 83°39′45′′N, 30°36′50′′W, ice sheets and water movements could be hiding islands yet to be discovered. The chance to find new land up here isn’t merely the objective of this exceptional trip, but also an exciting prospect for scientists all over. Hence, the expedition, which will be accompanied by a polar doctor, a private chef and a camera crew, will also feature a handful of scientists among its team of 22 (think of them as your holiday pals!).

At this point, it should perhaps be clear that this once-in-a-lifetime adventure will also require more commitment than a leisure cruise around the Med. There is, for instance, compulsory polar survival training and an ice driving course during an initial stay in Iceland some six months before your Arctic expedition. It’s here you’ll also get a first glimpse at the seven vehicles being built specifically for the journey, six of which Ariodante Travel will later donate to science. In our book, this full immersion in the technological aspects and access even to collaboration with the Danish military go far beyond merely offering a luxury experience, and instead promise an adventurer the chance to push boundaries and inscribe their name on the pages of world history.

Aptly, the trip kicks off with a private dinner with some of our time’s most notable explorers at London’s National History Museum. From here, it’s off to Norway’s Svalbard archipelago for a survival training refresher course, before you’re flown out to the military and scientific research base of Station Nord in northern Greenland. This is when the real adventure begins: lasting a minimum of seven days, the journey to Kaffeklubben island promises to chance of spotting elusive wildlife in its natural habitat – think polar bears, walruses and puffins and whales – while enabling the scientific team to collect valuable data during the day, and share results over a hot drink in a pop-up camp at night (we hear these will be perfectly comfortable, though perhaps don’t expect Four Seasons-style amenities).

So where does the £15.3 million price tag come from? Well, firstly, preparations for the private jet journey will require some 13 months in total, with 120 people working some 110,000 hours to produce all the vehicles and equipment to be utilised in the Arctic. There are also 20 days of survival training for all crew, fifty days of reconnaissance and 40 days of pre-expedition preparations on location in one of the world’s most remote corners. What might sound extravagant and perhaps even ostentatious to some is in fact an innovative approach to merging science, in need of funding, with means provided by UHNI with a drive for the experiential. We like to think of it as a collaboration that’s about something much bigger than the enjoyment of a single traveller; rather focusing on advancing findings about a polar region that could inform ongoing research into the climate crisis. Tops, there’s a particular joy about the prospect of yet to be discovered places on earth at a time when billionaires compete for leaving their marks in space.

Those worried about how sustainable an adventure like this could possibly be needn’t worry, either: Ariodante Travel have a 200% carbon offset programme for all their journeys, and commendably, that includes all transport not only by the traveller making a booking, but also the team, and their preparatory as well as potential, additional trips out to Greenland – and we’d know, having double-checked with the brand’s founder and CEO Ricardo Araujo. The funds created via the programme are invested in carefully chosen projects which on occasion form part of the journey itself, enabling the traveller to see exactly how their money is used to create a positive-impact travel experience – neat, if you ask us.

There are plenty of indulgent and over-the-top escapes on the market, and while this particular adventure doesn’t exactly lack in luxurious components, either (have we mentioned the super yacht picking you up at the end of your trip?), we find it only fitting to go beyond simply offsetting one’s carbon footprint, and instead making a significant contribution towards climate emergency projects. At this level of experiential travel, and given the chance to step ashore islands no one else has ever visited, any environmental impacts of the endeavour should be squared – and benefits be shared. Surely, that’s in the very nature of exploration itself.