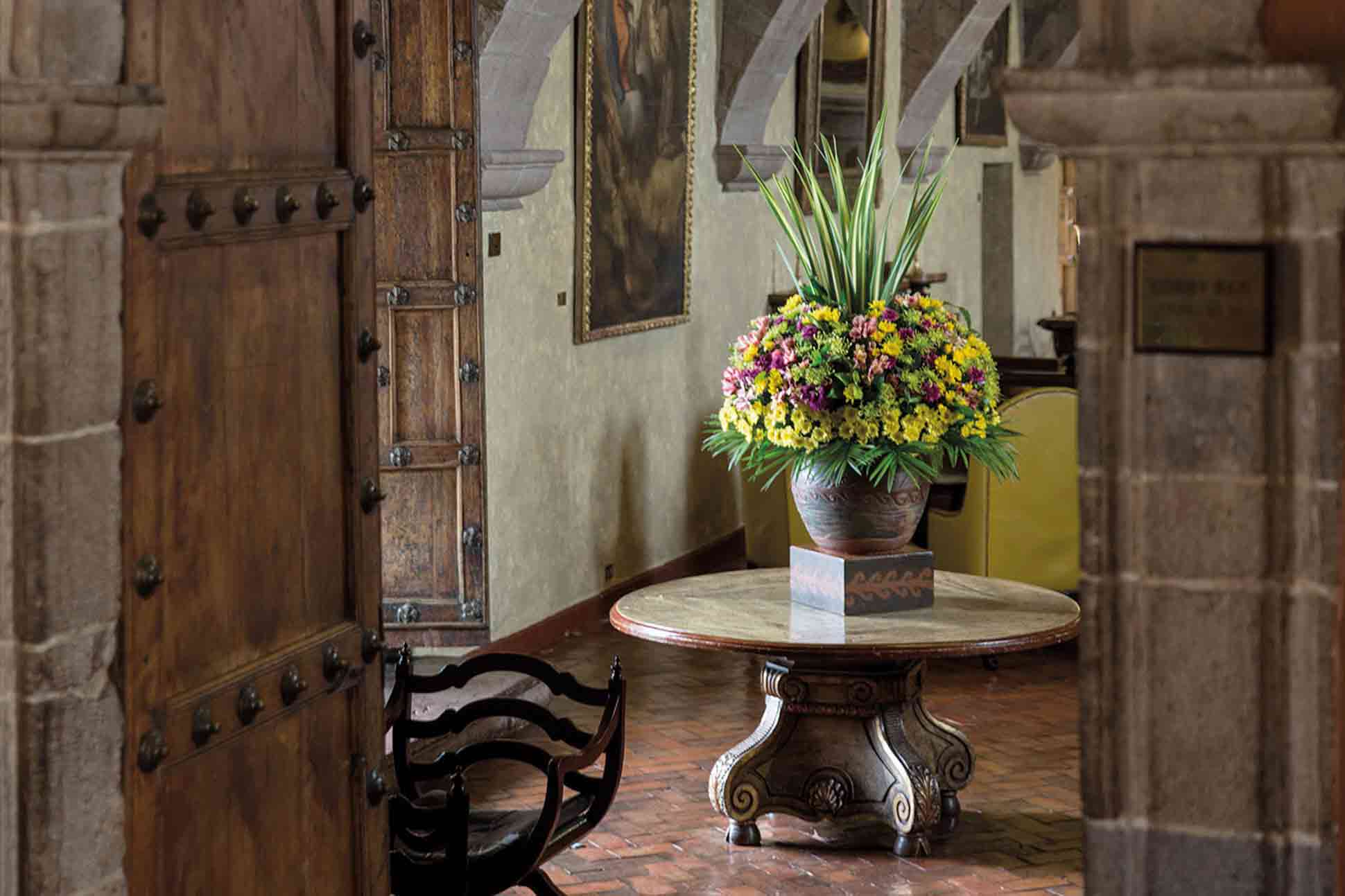 Long the gateway to the Incan motherland, Cusco is a delicious layer-cake – historical at its base, but with centuries of different flavours and influences veneered on top. For a sense of its history matched with unabashed luxury, there’s no better place to stay than the Monasterio, a Belmond Hotel.

Cusco is South America’s oldest city, but today it thrives as a cosmopolitan metropolis where ancient monuments, teachings and languages meld together with multi-national influences. It has also been catapulted into the 21st century thanks to the onslaught of mass tourism; there is wanton capitalism, yet it retains a charming, old-world ambience with a distinctly Peruvian accent. And a bonus for OutThere travellers, the city’s insignia is a rainbow flag.

The Monasterio, a Belmond Hotel, certainly helps Cusco win on the charm front. As the name suggests, the 16th-century building was formerly home to a Jesuit seminary, set around two beautifully landscaped courtyards complete with cloisters.

The decor can be described as monastery-chic, with the hotel’s designers leaning towards some old-style furnishing and ostentatious Christian artwork throughout, just to give their guests some sense of place. Our room continued in this theme, with our king-sized wooden bed overlooked by a giant embroidery of the Virgin Mary as if to ensure that no sinning went on in this room.

Our suite at the Monasterio was oxygen-enriched to help us adjust to the altitude, but the WiFi couldn’t break through the old walls. It meant we spent much time in the hotel’s public spaces, taking lunch around a large fountain in the shade of an ancient tree and Pisco Sours while camped out on a plush couch next to a regal old stone fireplace. If we craved some more modern five-star facilities, Belmond has another property just next door, the Palacio Nazarenas.