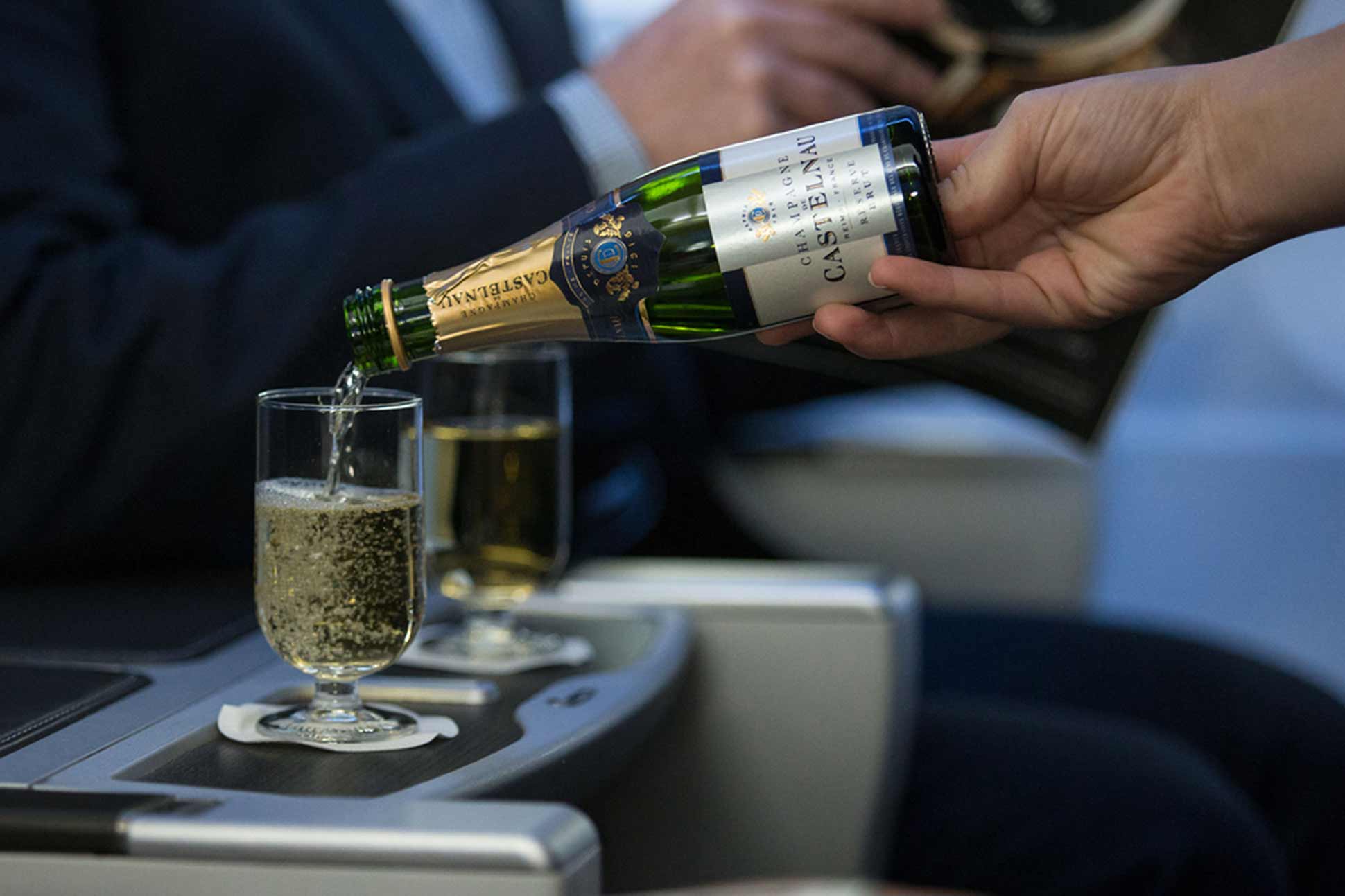 They had me at champagne, really. I’m a fool for bubbles. Today’s news is that British Airways will be serving miniature bottles of its new short-haul flight champagne from February 1st. Champagne de Castelnau Reserve Brut NV is the new champagne of choice for customers flying in the airline’s Club Europe cabin.

The French champagne house, established in Reims in 1916, was chosen as the top tipple for short-haul travellers after a blind taste test with two Masters of Wine, elegant to the taste with a high percentage of Chardonnay in the blend, offering a fresh and rich balance with a superb finish.

I’m sure it will go nicely with my “fish in a pot” – which was the response of the cabin crew the last time I travelled Club Europe to Stockholm and I enquired how the fish was served. What lacked in description, luckily made up for in taste.

If you’re interested in the travel story behind Champagne de Castelnau, it is produced in the heart of Reims where it makes just under half a million bottles of de Castelnau per year. Their grape growers also own more than 900 hectares of vineyards across some of the best terroirs of Champagne in 149 different crus. It was named in honour of the then well-known French General, Eduard de Curières de Castelnau. By the 1930’s, de Castelnau Champagne had become very fashionable and remained a favourite of royal families and the French army throughout the world for much of the 20th century. De Castelnau also boasts one of the area’s few female Chefs de Caves, Elisabeth Sarcelet, who has worked at the vineyard since 1995, and who oversees all their champagne production.

If you’re interested in visiting the Champagne-Ardenne region, BA flies to Paris Charles de Gaulle Airport, and there’s a direct TGV train from there to Reims.