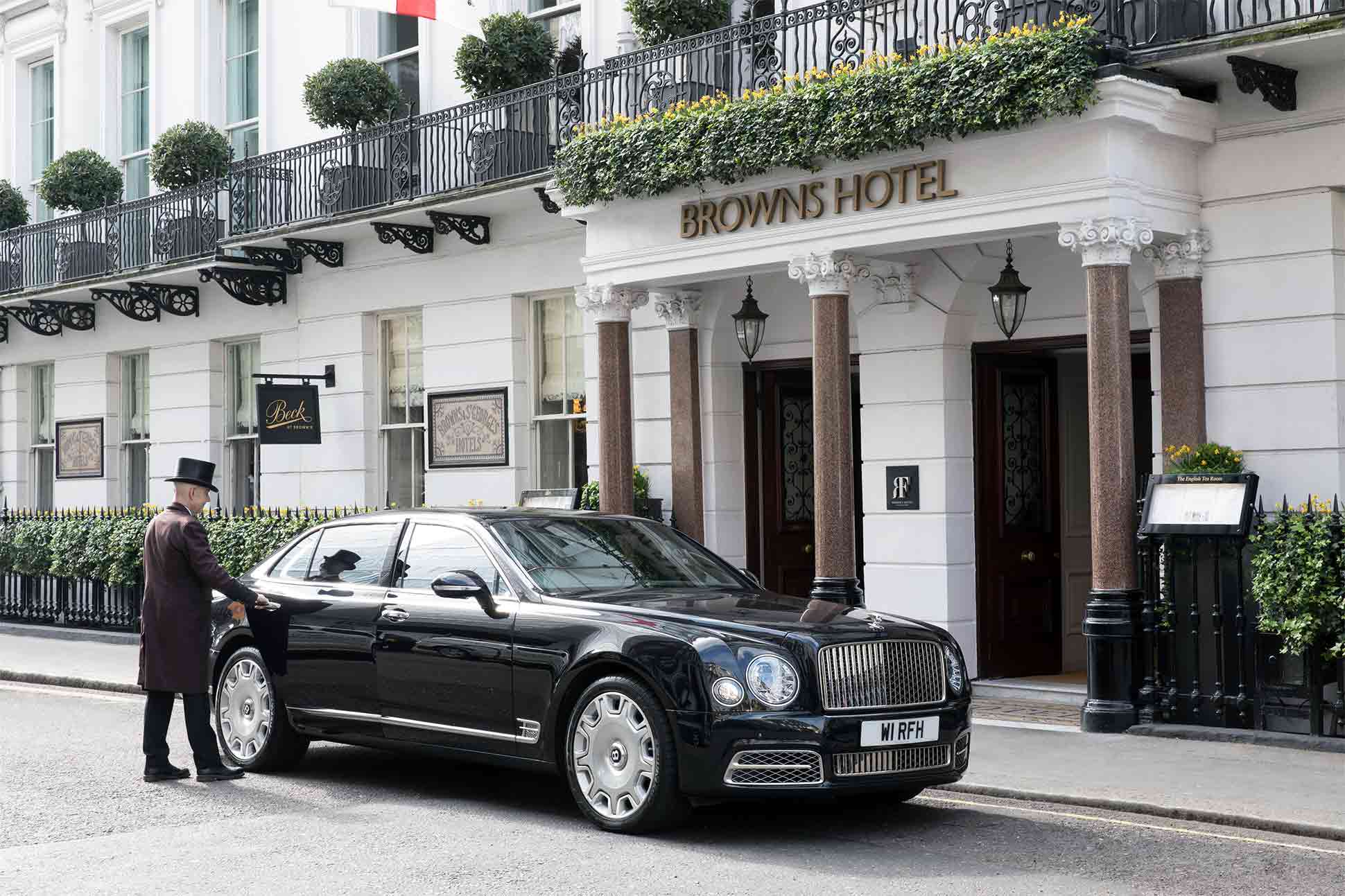 It’s not unusual for London’s hospitality scene to play up its heritage, but as the oldest hotel in town, Brown’s has nothing to prove. In a book on the British capital’s history, the hotel could fill a chapter, referring similar addresses to the footer. Still, there’s more than merely Old World glamour to warrant a stay at the five-starred, Rocco Forte-owned Mayfair bolthole.

Ever wonder how many hotels were founded by the former butler and maid of Lord Byron? Of course, you do. The simple answer is that it only happened once, in 1837, when James Brown and Sarah Willis opened Brown’s Hotel. Although there was nothing particularly ‘simple’ about it at the time: as the capital’s first tourist accommodation, Brown’s was a gamble. Nearly 200 years on, the risk has long paid off. Now a member of the Leading Hotels of the World, the hotel has become more than simply a success. It’s a London icon and a home away from home for the most discerning of travellers.

As of 2021, Brown’s boasts a total of 115 luxury rooms and suites between Mayfair’s swanky Dover and Albemarle Streets (with exits to both, which makes it ideal if you’re a high-profile politician looking to sneak your supermodel affair out the backdoor). It’s popular with Americans, who love the hotel’s historic flair, and the French, who admire its chic decor. Like so many before us, we checked in for a weekend staycation, which Brown’s kindly helped us kick off with chocolate pralines and a blooming gift from its popular in-house florist, Ellie Hartley – there was also a welcome bottle of champagne, complimentary for guests staying in a suite.

Speaking of which, our top floor lodgings not only featured a walk-in wardrobe and two fully-equipped state-of-the-art bathrooms, but also a selection of great works of literature as well as a limited edition contemporary marble bust depicting ancient Roman noblewoman Lucretia. It’s clear that great attention to detail has gone into creating the hotel’s extraordinary interiors; from its omnipresent, playful tapestries to the embroidered pillows neatly lined up on our bed. It all added cosiness to our suite, which already felt rather homely thanks to its townhouse apartment-style layout (we found ourselves hoping for rain!).

Exploring the rest of the property, we enjoyed the elegant Donovan’s Bar as well as The Drawing Room, where we watched a pink-haired West End actor savour Brown’s famous afternoon tea over live piano music. There’s also Charlie’s, the hotel’s silver trolley service restaurant that’s a bit like your sophisticated aunt who’s stayed youthful despite her age (the original eatery here was the first in-house restaurant in any hotel, believe it or not). Charlie’s is headed by Michelin-starred Adam Byatt, whose very grandfather was a bellboy at Brown’s in the 1950s. Regardless, the menu is very 2020s: our salad of courgette blossoms on cashew nut hummus was such a delight, we wished it had never ended. So did the next-table guests, apparently, who made it abundantly clear how they felt about Charlie’s portion sizes. Admittedly, we’re also used to more substantial meals, and the restaurant was suspiciously quiet at prime time on a Saturday night. But what it lacked in carbs, Charlie’s made up for in art and atmosphere, exhibiting works by sculptor Emily Young and Icelandic artist Kristjana S. Williams.

It’s arguably Brown’s cultured flair that’s behind its icon status. Like bees to the honey, famous faces have flocked here for nearly 200 years – the Roosevelts came for their honeymoon, Napoleon III and Empress Eugénie checked in after fleeing France, Queen Victoria loved swinging by for afternoon tea, and inventor Alexander Graham Bell placed the first-ever phone call made in Britain at the hotel in 1876 (it’s not delivered what he said, though we’d like to think he had gossip on a blue-blooded guest). Between Orson Welles, William Faulkner, George Orwell, Agatha Christie and others, Brown’s has also been a magnet for the world’s greatest literary talent: Rudyard Kipling famously wrote The Jungle Book here and, on a cold winter morning in 1907, Mark Twain walked out of the hotel and onto Dover Street wearing nothing but a bathrobe – daring at the time, though you could probably call it a look and get away with it these days.

Be that as it may, all the heritage would be of little use if Brown’s didn’t live up to its reputation. But that, it does. Staff weren’t merely accommodating during our stay, but actively inviting and filling every encounter with warmth, humanity and charm. If the hotel feels like a family business, that’s because it is. Sir Rocco Forte himself still runs the Rocco Forte group with his interior designer sister Olga Polizzi, while daughter Irene Forte’s skincare brand of the same name provides bathroom amenities across the RF portfolio. What’s amazing, though, is seeing the ‘family feel’ extend all the way from the owners down to the receptionists and waiters at Brown’s. It’s what made us feel truly at home at the hotel. Perhaps, that’s why so many of history’s most eminent authors have enjoyed staying here: there certainly is a lot to write home about.