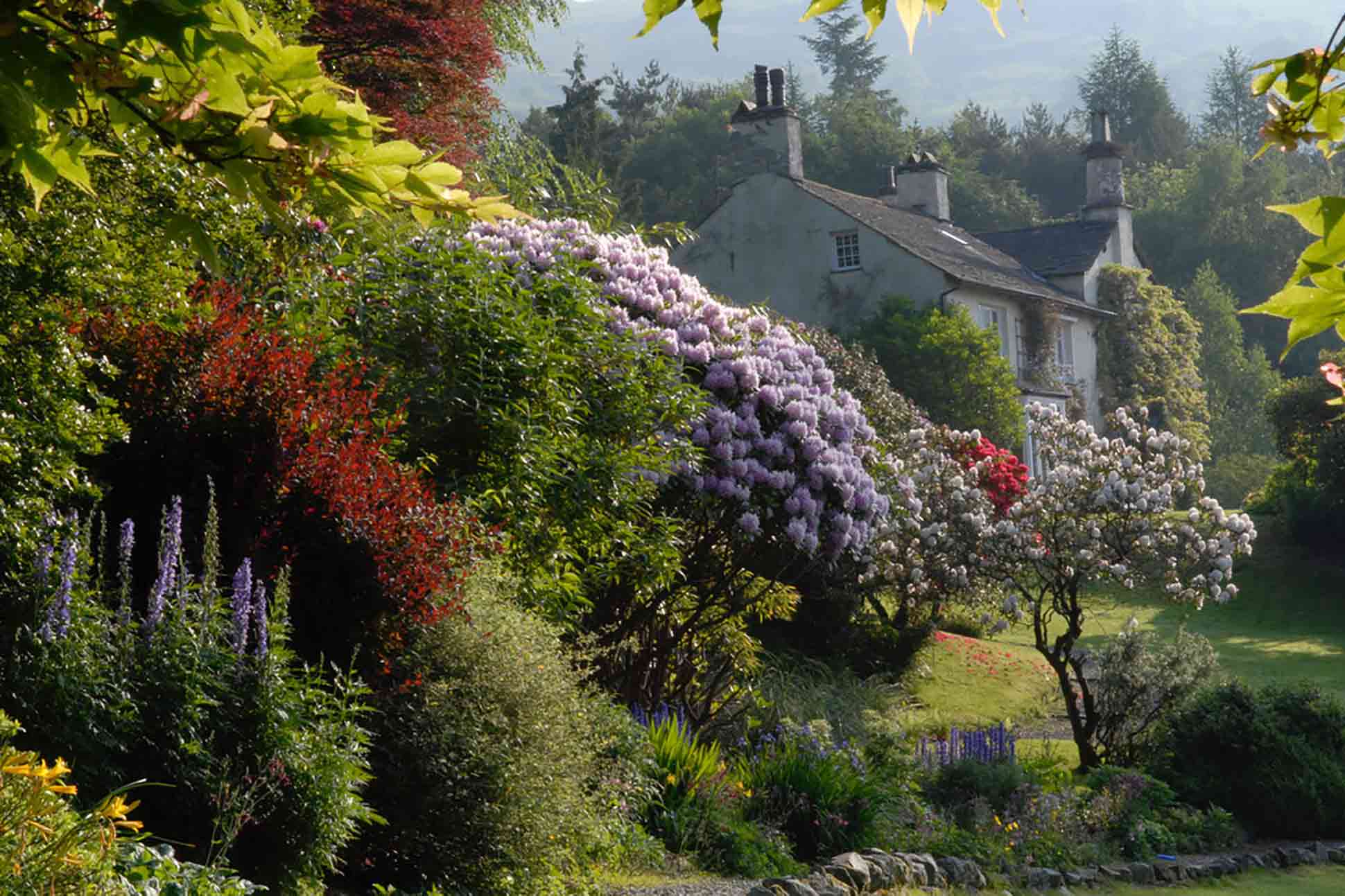 If there’s one thing we’re guilty of in our usual quests to head out into the world and bring back its stories, it’s that we neglect the wonders that are on our own doorsteps. Last summer, in the little break that we had between lockdowns, we headed up to the Lake District and Cumbria in the UK and rediscovered its magic. Besides wide open space, fresh air and stunning natural beauty, there is a world of cultural and historical surprises in store there. And as tourism restarts in the UK, a number of Cumbria’s heritage homes, gardens and attractions are working collaboratively under the umbrella of Cumbria’s Living Heritage, to showcase some of the regions sites that are sure to inspire creativity.

Poet William Wordsworth put it best, calling the English Lake District (now a UNESCO World Heritage Site), “the loveliest spot that man hath found.” Cumbria – its escapism and stunning scenery – has been a source of inspiration to generations of poets, playwrights and writers. There’s no doubt that there is a deep relationship between the creative imagination and the region, but beyond the big natural wonders, there many other special places – houses and gardens – that also inspired art and are as rich as their surroundings and the works that came out of them. The whole destination continues to encourage creative thinking in fact … and we would certainly recommend a visit, or a revisit.

The (lucky) thirteen current members of Cumbria’s Living Heritage have a lot to offer when it comes to culture. For example, Blackwell, a 120 year-old family holiday home that was designed by the Arts & Crafts’ movement’s Baillie Scott, features amazing period interiors, not to mention a stunning terrace with views over Lake Windemere. Blackwell’s beautiful, brown hessian wallpaper – as it is today – was actually once dark blue. Scott was fascinated by colour theory and laid it knowing that it would change over time and take on new personas as it aged.

If you’re both into design and literature, you won’t be short of sights. William Wordsworth’s home for 37 years, Rydal Mount, is a gorgeous 16th-century cottage and is where he spent hours writing in the garden that he landscaped himself. Here, it is said that he would walk the paths, reciting his poetry out loud, and lay under trees listening for cuckoos.

His other, equally famous home – and also part of Cumbria’s Living Heritage – is one that he shared with his sister Dorothy. Dove Cottage, at Wordsworth Grasemere is where he ‘lived plain and thought high,’ resulting in him writing some of his best-known works. It is also where Dorothy recorded her fascinating Grasmere Journal. At Dove Cottage, they received some illustrious, cultural guests including Samuel Coleridge, Thomas De Quincey and Sir Walter Scott. Allegedly, Sir Walter found the Wordsworths’ meals so frugal, that he escaped from the spare room window, to eat at the local inn, The Swan Hotel. The new and expanded Wordsworth Museum opens here this year, with a unique collection of items from the Romantics age and features deep dives into the world of Wordsworth.

Over at Bassenthwaite Lake, you’ll find the exquisitely imposing Mirehouse, linked closely to poet Alfred Lord Tennyson. The Spedding family, who inherited the house in the 1800s had close links with the Lake Poets, and Tennyson composed many of his infamous poetry from the house and garden. Bassenthwaite is arguably the most beautiful body of water in Cumbria. In the poem that bears the house’s name, poet David Wright describes the whole area around it as a ‘so civil wilderness’ where ‘the mountain’s rooted in a lake’. It sounds like a wonderful place to spend a summer’s day.