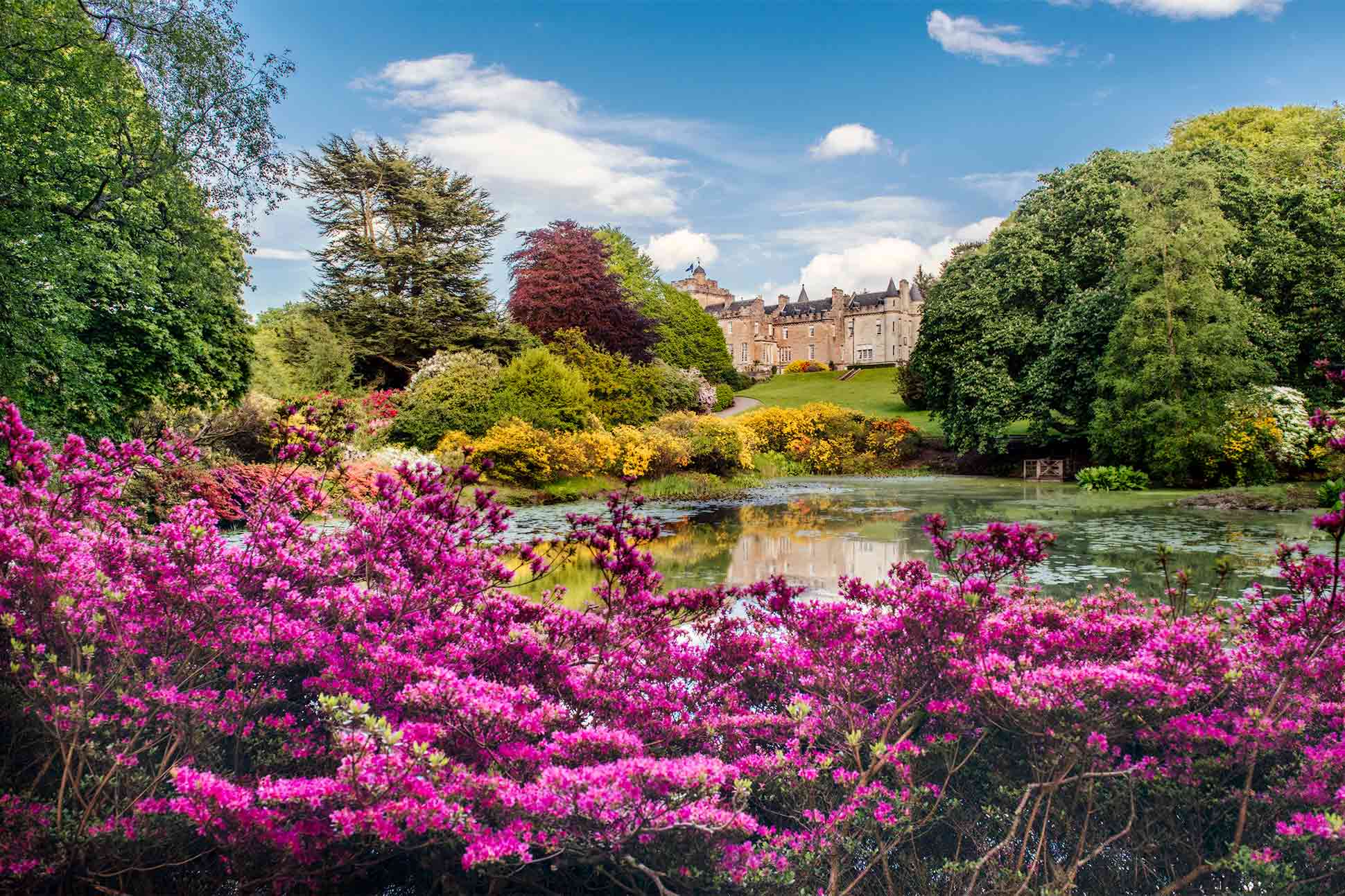 We first saw Glenapp Castle Hotel in 2002, after it had been painstakingly renovated by Scottish hoteliers, the McMillan family. Back then, this Scots-baronial Victorian castle hotel rose to fame fast with rave reviews in luxe-hotel guides and glossy magazines, soon joining Relais & Châteaux and earning a Michelin star. However, ultimately, it was just a very luxurious restaurant with rooms. That’s what we thought until our recent visit.

Paul and Poppy Szkiler have taken over, and quite literally elevated the hotel to the next level, spending £4.5 million. Where, at the very top of the castle, there was once the owner’s living quarters, there is now an utterly lavish 4-bedroom penthouse suite reached by private lift, which took £2 million of the refurb sum. It comes with a butler, chef, massage room, sauna, formal dining room, kitchen and media room. There’s also the cutest library full of board games and books, where we curled up to read an antique copy of Alice in Wonderland.

Chandeliers, deep sofas, mahogany tables, and fabric wallpaper feature in the traditional-style luxury decor, plus antique-looking mirrors which magically transform into Smart TVs. It smells divine, too, from coconutty Connock London kukui oil diffusers and fresh flowers in grand vases. We found the service cheery, professional, and far from stuffy.

The rest of the 17-room hotel is in keeping with the Victorian castle it’s housed in, offering oak panelling galore, high-ceilinged bedrooms with four-poster beds and bay window views of Ailsa Craig island off the Ayrshire coast. You can also spot the hotel’s all-weather tennis court, immaculate gardens and ornamental lake. We wandered amid the greenery and found an ornate old glasshouse, which we were told will soon open as an informal second restaurant. The main restaurant is fine dining (our favourite starter was candy beetroot salad with apple, goat’s cheese, pickled egg yolk and spring potatoes), but, as Paul says, ‘sometimes you just want a great steak.’

And there is the difference. Paul really understands what people want. He offers a social conscience, too. As a sustainable investor, he builds businesses not only for profit, but to address social and environmental challenges, both here in the UK and in West Africa, where he often works.

His vision here is for a five-star destination with experiences for all, taking Glenapp from a restaurant with rooms to somewhere to stay for 2 or more nights. With a new menu of activities covering tennis and stargazing, helicopter lifts to distilleries and golf courses, boat trips to Ailsa Craig and a private glamping site on Jura, I’d say it’s a job done.