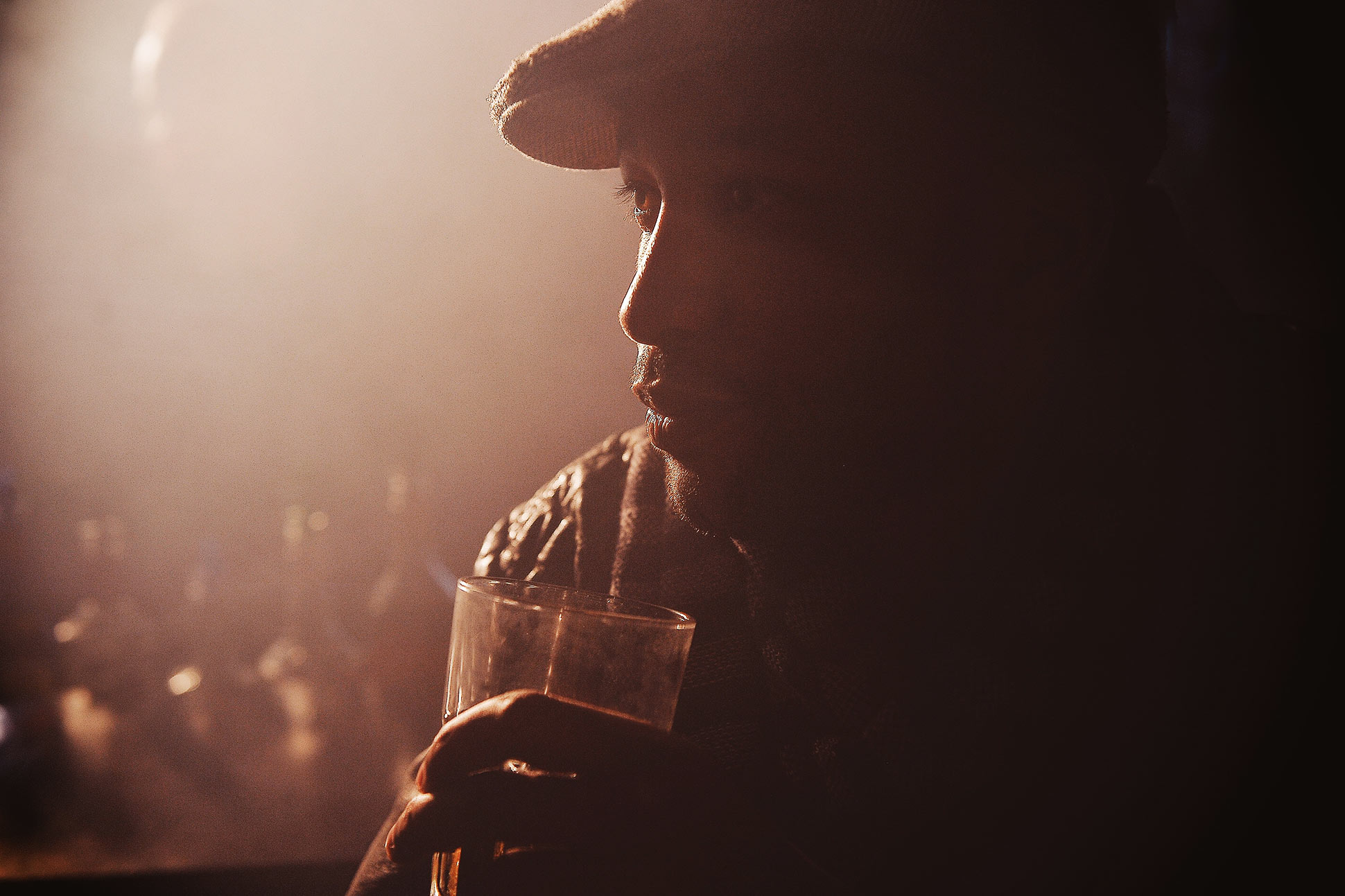 It’s no great secret that we at OutThere are habitual coastal American visitors. Its seaside oases and other liberal bubbles have long offered our communities the safety and celebration they seek when they travel. But keen to experience an altogether different side of the USA, we’re embarking on a journey to discover the state of Kentucky; its rich culture, heritage and what makes it tick. What sealed the deal for us? National Bourbon Heritage Month, the celebration of Kentucky Bourbon culture.

We recently discovered the work of Kentuckian journalist and satirist Irvin S. Cobb when researching the American South. What first caught our eyes was a piece he penned as a WWI correspondent. “Young Black Joe”, chronicles the courage and discipline displayed by African American soldiers fighting in Europe during the war; which was a rather subversive article, as you can imagine, considering the status quo of the time.

He was also responsible for coining a much-loved saying about his home state: “To be born in Kentucky is a heritage; to brag about it a habit; to appreciate it is a virtue.”

But what is Kentucky famous for? For the less initiated, the first thing that springs to mind would be fried chicken. But even the most die-hard travel foodies will admit that it’s a stretch to travel there just for some crispy poultry, even if it’s the ‘OG’. And moreover, for OutThere travellers, there will of course be – both fairly and unfairly – concerns about how conservative the State is.

But it seems that there is actually a lot about Kentucky that’s very OutThere. Yes, of course, they had us (easily) at ‘Bourbon’ … but as much as we love the drink, we also like the culture around it.

Yes, there is very much a culture around Bourbon, in the self-billed home of Bourbon. Kentucky (and those who live here) prides itself on its Bourbon story all year long, but throughout the month of September, Kentucky celebrates National Bourbon Heritage Month, now in its 15th year. It commemorates and highlights the long history and storied evolution of ‘America’s Native Spirit’; from its heritage and craftsmanship to its resurgence and diversification in recent years.

It’s this event that has captured our attention and more generally, the rapid redefinition of Kentucky Bourbon culture in the local tourism landscape as inspiration for more international visitors to come and experience it for themselves. Overlay that with month-long festivities that fuse the Bourbon story with the arts, music, food and sport throughout the States distilleries, restaurants, hotels, bars and museums… and it’s no wonder we’re now calling ourselves ‘taters’ (local parlance for born-again Bourbon enthusiasts).

It may also come as a surprise as to just how progressive the Bourbon culture of Kentucky is. Yes, it does pay much honour to its past – and there are undoubtedly plenty of skeletons in that closet – but it is also embracing a diverse future and a proactive encouragement of visitors to engage with it and ‘discover themselves’ in the storytelling.

Black-owned distilleries are an example that is leading this charge. One of the biggest challenges that the African American community has had as part of the Kentucky Bourbon culture is the lack of written history, narrative and appreciation of their contribution to the industry. Black Americans, and visitors, have traditionally tended to orbit outside Bourbon’s gravitational pull; and the same can probably be said for those from other marginalised groups. It’s weird if you think about it, as distilling is not exclusive to spaces occupied by white people. In fact, distillation roots trace their way back to Africa – and from an American standpoint, there is perhaps even reason to believe that it may have been slaves that brought over the skills required for grain distilling – but the lack of engagement is unsurprising, considering the South’s tempestuous social history that subjugated black empowerment.

Plus, if there’s one thing we’ve learnt from our years of storytelling for the LGBTQ+ community, it is how strong diversity can be both to society, and also to the economy. Kentucky Bourbon is an $8.6billion dollar industry, and that’s in an environment where diverse communities have not yet fully engaged in. Could you imagine what Kentucky Bourbon culture could look like if we did?

It’s great to hear that distilleries like Louisville-based Brough Brother Distillery, owned by three African-American brothers, are seeing great success. We’re also very excited to visit Tia and Sean Edwards of Fresh Bourbon, who seek to democratise the Kentucky Bourbon culture. They claim to be the first African-Americans to make bourbon in the state since the abolition of slavery, all under the direction of a Black master distiller at Hartfield & Co. Distillery.

LGBTQ+ travellers will also find community-centric ways to engage with the state’s Bourbon culture. We’re excited to meet Jeff Crowe, director of Kentucky Experiences and a member of the LGBTQ+ community on this journey. He’s also one of the people at the helm of Heaven Hill distillery, located in Bardstown.

This will come after a few days of experiencing the Louisville Pride Festival, otherwise known as PrideFest. The city has also recently opened its first dedicated LGBTQ+ centre since the 1980s. Louisville Pride Foundation inaugurated its Pride Center back in June 2022 to coincide with Pride Month, but now the centre is up, running and fully operational.

Louisville’s vibrant queer community has grown louder and prouder in recent years. Black-owned Sis Got Tea, for example, is brewing tea and raising funds for sober safe queer spaces in the city. For us who enjoy a drink (well, we are on a Bourbon culture journey after all), we are excited to experience Big Bar, Play and Chill, the city’s LGBTQ+ event spaces that promise all-round good, gay fun.

There are other Bourbon-themed places in Kentucky that celebrate and welcome the LGBTQ+ community with open arms throughout the year. Kaitlyn Soligan and Nicole Stipp, founders of Trouble Bar and distillery experience company Matson & Gilman aim to make everyone feel included in the enjoyment of bourbon. As female business owners and Kaitlyn being proudly queer and Jewish, they understand the power of diversity and strive to make Kentucky’s Bourbon culture more accessible to all. Even at their bar – which we will be visiting – they have gone the distance to create a safe space for those who don’t come from mainstream backgrounds. They challenge themselves daily to ensure that their marketing is inclusive, they hire and grow a diverse and inclusive team of bartenders and experience providers. Their beverage director, Felicia Corbett, is the first Black female craft bartender in Louisville, if not the first craft bartender in the city. It all comes from their dedication to create a better future for Kentucky Bourbon, but also a deep understanding of distilling’s history. With America’s distilling past relying on slave labour, women to fill and pack bottles, Jewish immigrants to sell them at their apothecaries and gender queer-folk certainly involved since the beginning, they believe that they must be inclusive in telling the Bourbon story.

Kentucky-born Peggy-Noe Stevens is no exception, being the world’s first-ever female Master Bourbon taster. Both personally and in her career, Peggy has devoted herself to 30 years of hospitality and branding and has risen to the top of the industry, inducted into both the 2019 Bourbon Hall of Fame and 2020 Whisky Magazine Hall of Fame.

Pretty much weaned on her mother’s highballs when she was growing up, she fell for the sweet and gingery aroma of the cocktail and the sophistication all around it. She formally gained the technical understanding of distilling when she worked in the spirits industry … and the rest was history.

It is factual that a woman’s olfactory senses are keener than men’s, which according to Peggy, biologically predisposes them to be much more aware of the flavour complexities of bourbon. Whenever she gives a tasting to women, they hone in quickly to describing the product with articulation, equating it to food flavours. As tasting vocabulary, in general, is about food memory, she has broken a myth (through a study by the organisation she founded, the Bourbon Women Association) that women are looking for lighter and sweeter Bourbon, when actually, the contrary applies. Women trend toward spicier, more robust Bourbons with higher proof, which the study showed time and time again. What she’s trying to say, is that women are actually more sophisticated Bourbon drinkers and Bourbon tourism should equally, if not more so, be a woman’s pursuit. But that said, she too believes that the Bourbon culture in Kentucky is a diverse one and that the way to truly get there is to focus more on the psychographics – and lifestyle – of a bourbon drinker and less on demographic profiles.

She believes that what we should be looking for in our exploration of Kentucky’s Bourbon culture are our own personal stories and memories, those that awaken our individual senses, rather than that told by others. To her, the most important thing is that we enjoy ourselves.

They often say that Kentucky Bourbon is like a hug in a glass. From what we’ve heard so far, we pretty certain that they’re right.

Join our Experientialist®-in-Chief on our journey to the Bluegrass State on social media at @outtheremag and @uwern. Look out for more stories on Kentucky, soon to come.

For more about Kentucky, its Bourbon culture and further inspiration for a visit, check out www.kentuckytourism.com. Kentucky Tourism Department is partnering with Brand USA – the destination marketing organisation for the United States – to showcase the state’s bourbon tourism experience in a two-year partnership. Follow along for everything that’s OutThere about Kentucky and beyond at www.VisitTheUsa.co.uk

Photography by Vitaliy Zalishchyker and courtesy of Kentucky Tourism Department

This article is in partnership with Kentucky Tourism and Brand USA.