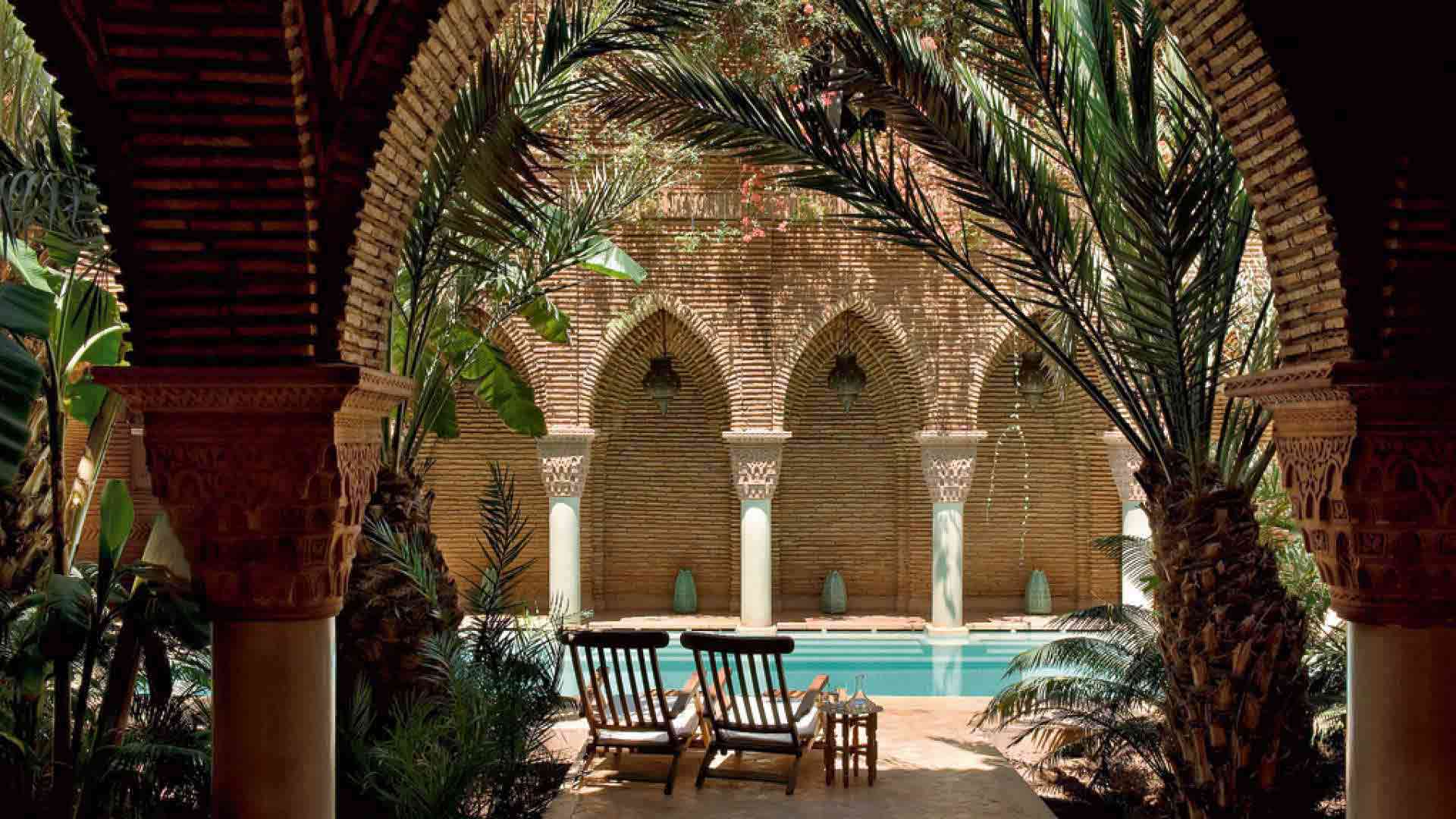 La Sultana is one of those places that you have to see and experience to believe. We were greeted by the bellman, dressed in white jodhpurs and red uniform, who walked us through a cobbled courtyard to a set of large golden doors. The hotel’s tuxedoed manager and concierge both welcomed us with open arms, literally – stopping short of a big hug. The subtle reception area was somewhat of a palate cleanser for what was to come, a blow-your-mind magical world of three large interconnecting riads, overwhelming at first in its eclectic-ness, but soon turning into a charming Orientialist oasis. Walking into each new space presented a whole new theme; it’s hard to say which we liked most, although our room entitled “Giraffe” was particularly memorable. It came complete with a balcony that overlooked the hotel’s pool and courtyard, where we people-watched as guests (weighted significantly towards same-gender couples) dined on tagine dishes whilst being serenaded by a Berber musician. We knew that a climb upstairs to the hotel’s rooftop would reveal something amazing – a space perfect for star-gazing by night and unwinding by day. We engaged in a one-to-one Moroccan cooking class there, and as if things couldn’t get more sublime, the hotel’s hammam is a whimsical oasis, where therapists wash away the chaos of the Medina outside.