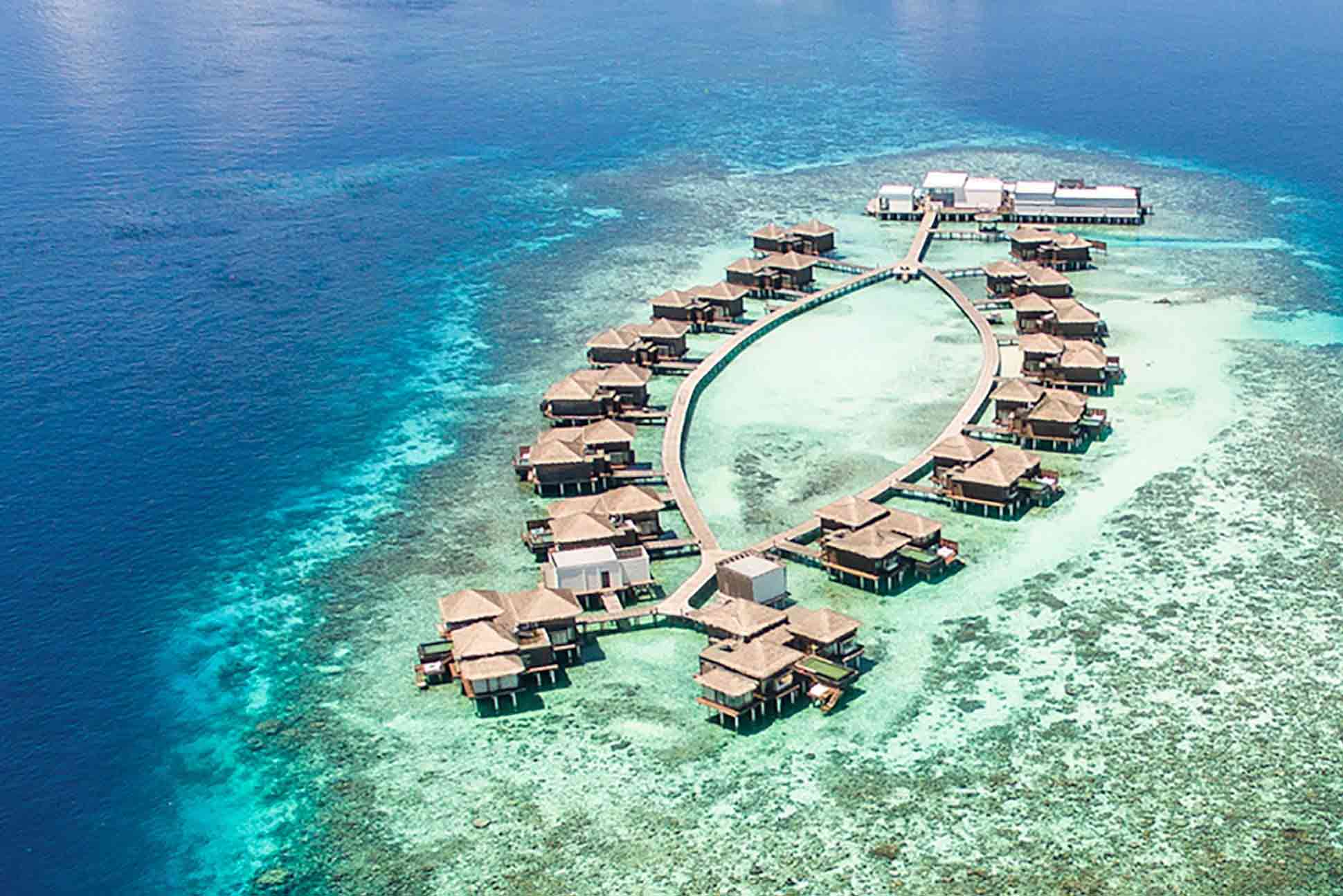 To say that an escape to the Maldives is as lush as they can possibly come wouldn’t be an overstatement (we still reminisce about visiting the tropical island nation working on our Marvellous Marrakech issue), but a just-announced initiative by Raffles Maldives Meradhoo exceeds even our wildest experientialist dreams. Offering an unprecedented $1 million four-night island buyout, the five-star resort’s two islets can be transformed into your very own, private seven-figure playground. It’s the ultimate treat for grown-up kids and up to 70 lucky friends – with Raffles also throwing in an additional uninhabited island, just because.

Kicking off the all-inclusive yet ultra-exclusive You Run Raffles Maldives package after jumping off a private plane at Kooddoo airport, guests are invited to settle into their villas: there are 38 split between the two main islands, and if you’re anything like us, you’ll be headed straight for the ‘splashy’ overwater ones. From there on out, it’s five days of indulgence, starting with bespoke morning massages at the resort’s spa and ending with, well, whatever floats your boat – though speaking of which, may we suggest a joyride into the sunset on the Raffles’ Azimut yacht, which is fully at your disposal?

Meanwhile, there are several restaurants and bars promising epicurean delights tailored to your tastebuds, and seeing you technically run the place for a few days, we recommend making good use of The Firepit, a beachside gastro-experience where wines from a world-class sommelier selection are poured while meals are prepared in the flickering light of a charcoal flame. Want to picnic over on the atoll’s untouched island, instead? Raffles will be sure to arrange your very own Robinson Crusoe adventure.

Overwater residences and haute cuisine aside, our personal highlights include access to a Raffles Marine Butler for snorkelling excursions and an invitation to dream and bond with your fellow escapists whilst a personal astronomer opens up the gates to heaven during a night of stargazing. To keep this patch of paradise in pristine condition (remember, it’s a rental after all!), Raffles allocates five percent of the $1 million buyout fee to the Maldives’ Marine Centre and the Olive Ridley Project, an NGO dedicated to sea turtle conservation. Now to find a millionaire!