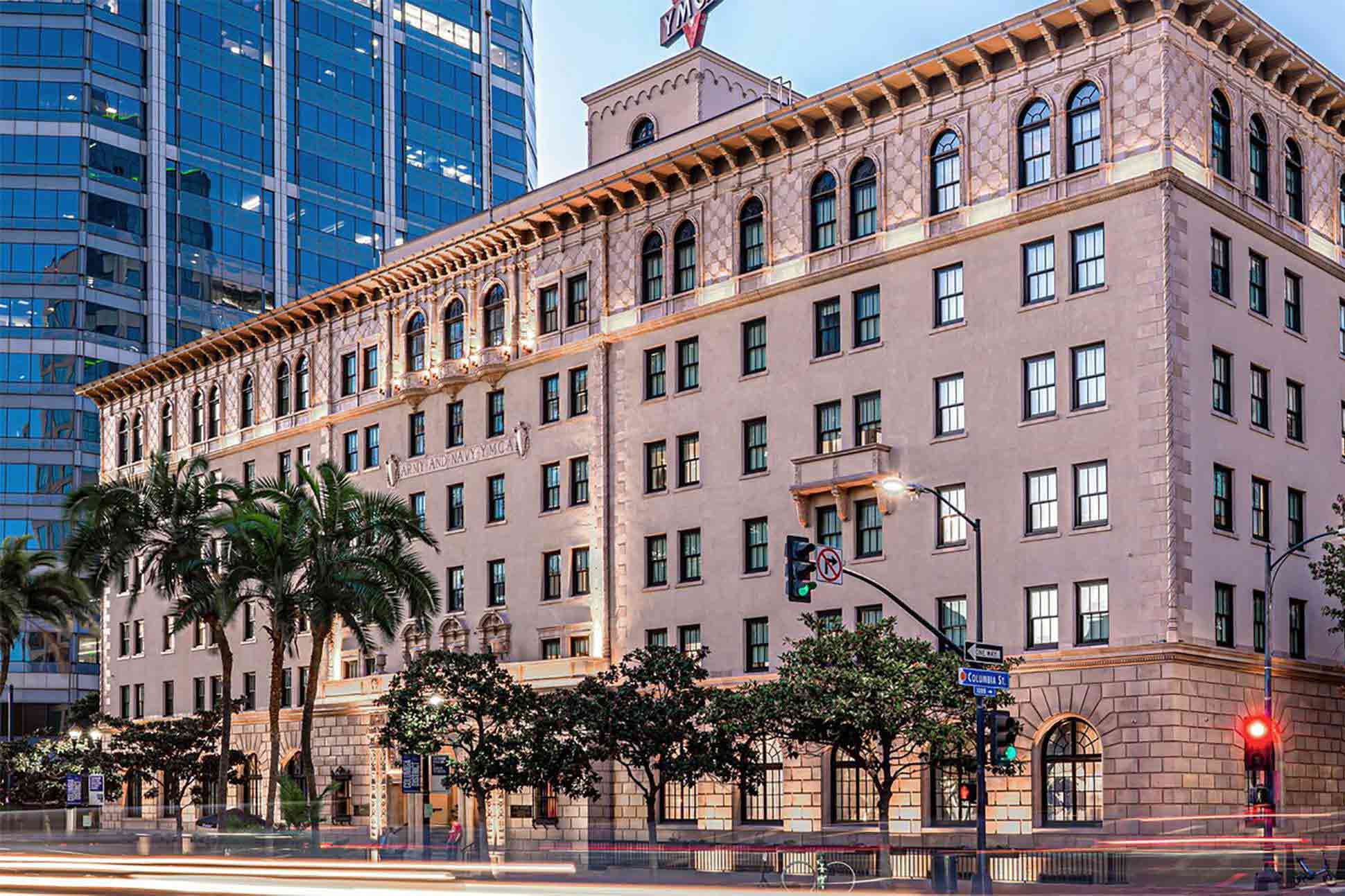 It’s rare to find history glorified in California, which is why The Guild Hotel in San Diego is a blissfully unique hotel. The property was once the Army-Navy YMCA, opened in 1924 to provide accommodation for members of the armed forces on leave. Dances accompanied by big-band music would have been all the rage, though Prohibition ensured the purchase of intoxicating beverages on the premises was illegal. Never fear, the nearby Gaslamp Quarter provided easy access to liquor via speakeasies.

A gym was installed in the basement for further recreation. It’s still here, with a lovely nod to old-fashioned pursuits such as boxing. For a minimal fee, guests also have access to the roof-top pool across the street at the Broadway Athletic and Swim Club, well worth a visit even if just to pose.

The extensive bar in the lobby of The Guild Hotel is a new addition, but many architectural features, such as the ceiling, archways and Spanish tiles, remain. The fashionable outdoor Luca restaurant serves upmarket breakfast options, while, just beyond, there is a Mediterranean garden with seating sequestered between two busy streets – though you wouldn’t know it.

Rooms are sleek and modern, with the original all-cement industrial take on timbered-beam ceilings overhead. Ample-sized bathrooms, with large showers, plus enormous mirror and vanity, are engulfed in opaque glass and adorned with Scandinavian-style tiles. There is adequate storage and a wonderful desk, though no plugs in the vicinity.

Photography courtesy of The Guild Hotel