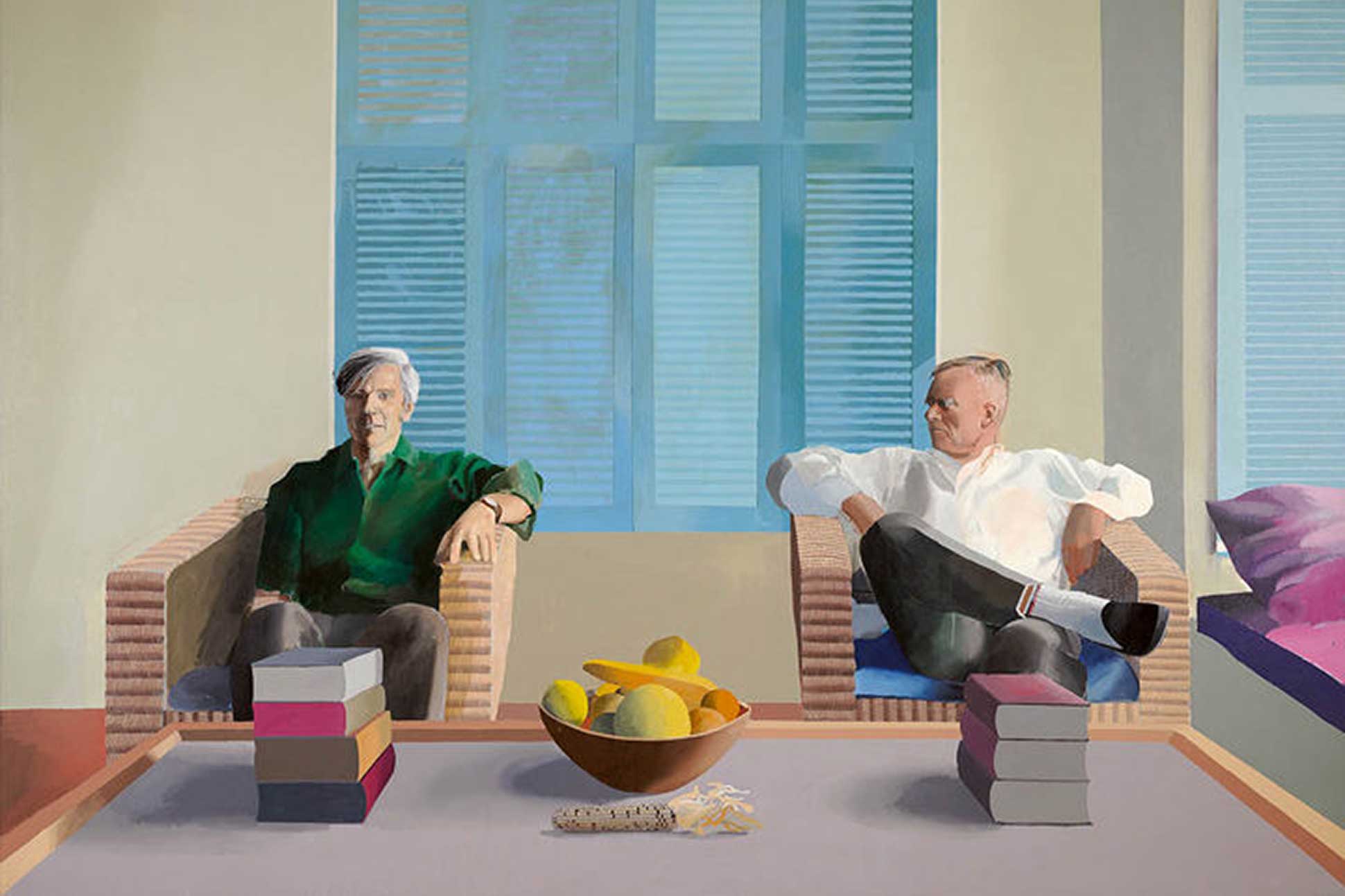 When it comes to a prowess for picking-up men, you have to hand it to Christopher Isherwood. Perhaps the infamous writer of The Single Man and one of our all-time favourites, Christopher and His Kind, honed his skill in the passion-filled, bohemian clubs of Weimar Germany (as his semi-autobiographical Goodbye to Berlin – the inspiration to the Minelli-making Cabaret – attests). But it was on the beach in Santa Monica, the free and easy coastal enclave in California, where Isherwood met Don Bachardy, who became his life partner.

It was Valentine’s Day, 1953 that writer Christopher Isherwood met Don Bachardy, a friend of friends on the beach in Santa Monica, Los Angeles, California. Miles away from his home in England, but held in esteem by the post-war, American queer intelligentsia, Isherwood charmed the pants off – literally – Bachardy, some 30 years his junior. It kicked off a whirlwind romance (not without its ups and downs), with Barchardy as his life-muse (and vice versa, as Bachardy himself, is a prolific and renowned artist) for nearly three decades until Isherwood’s death.

Isherwood and Bachardy were the A-gays of Santa Monica, immortalised by David Hockey (who became a very close friend of the couple) in his famous portraits of them. Hockney is said to have admired their relationship, describing it as almost a marriage. They even inspired the artist to move to Santa Monica, and it turned out the couple had that effect on many great creatives. Why? Because they had made a safe haven in their Santa Monica home, not just for other queer writers, but also for those who needed to escape the bright lights and judging gazes of Hollywood; with the natural romance of the broad beach where they first met, melting into the sprawling ocean, right in front of the house. It was there they also developed the early movements for LGBTQ+ equality in the city, primarily in their visibility, but also by rallying the community, something that the city of Santa Monica is still known for and very proud of today.

It’s easy to understand why Santa Monica captures the hearts of dreamers, romantics and lovers. It’s a city of awe-inspiring settings that stretch along the shores of the Pacific Ocean, impressing many with its jaw-dropping views and stunning sunsets. For us, we think a walk atop the bluffs in Palisades Park will seal the deal; but if you need to work that little bit harder, drinks at the Penthouse at the Huntley and dinner at the celebrity-haunted Boa Steakhouse on the beach will impress. And when the time comes to continue your date back indoors, you’ll be spoilt for choice, with some world-class luxury hotels on offer. In any case, Santa Monica is a city of good vibes, so it’s no wonder many fall in love in and with this little city within a city in Los Angeles.

And in case you’re wondering (and perhaps single – or intent on taking a leaf out of the way Isherwood lived his life – just ready to mingle), yes, State Beach is still a popular stomping ground for gay beach-bums.