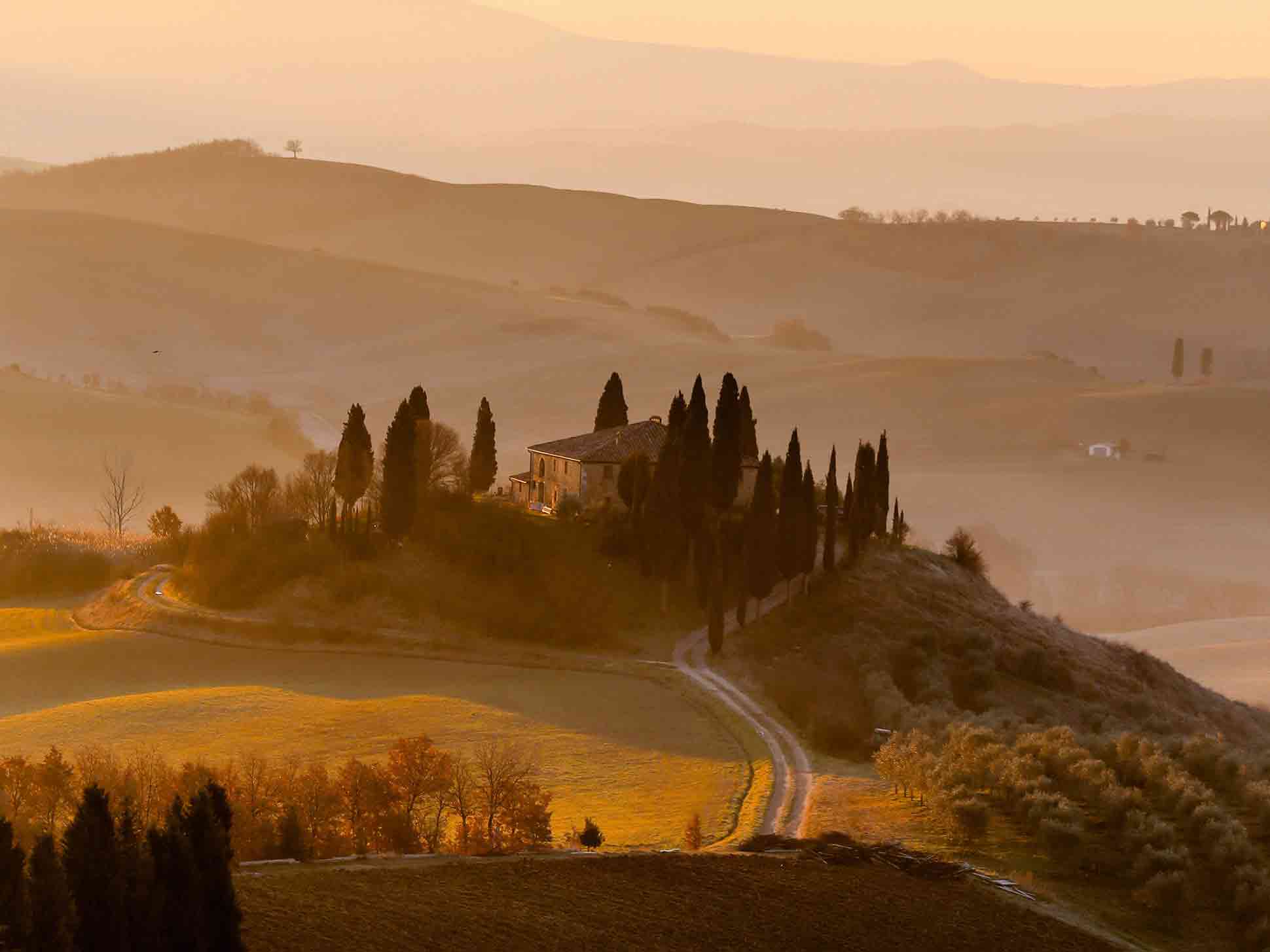 Masters at their craft come and go but every now and then, history brings forth a genius with real staying power. We’d confidently place Leonardo da Vinci in the latter category. Famous as ever, the Renaissance artist’s life will be celebrated throughout Italy on a special occasion this May: the 500th anniversary of his passing. Reason enough for us to explore the painter’s Tuscan roots.

Less than an hour’s drive from Florence lays da Vinci’s hometown of, well, Vinci. We wouldn’t exactly call the hamlet a thrill-seeker’s paradise but that’s the whole point of going. La dolce vita as we know and love it can be hard to come by in Rome and Milan; in contrast, the Tuscan countryside retains that certain joie de vivre we cherish so dearly. On our most recent visit, travelling the region felt like starring in a prolonged Bertolli commercial (mind you, we did set out to try as many family-run ‘trattorie’ as possible).

To step into da Vinci’s footsteps, we visited the artist’s Anchiano childhood home, now a delightful (if small) exhibition space. The works on display here are an art lover’s dream, reflective of extraordinary imagination and a desire for excellence – we were really quite inspired. As with all remote destinations, Vinci still feels private and immersive: the area’s most prominent tourist attraction is the unassuming Museo Leonardiano, where the life of its most distinguished historical citizen is laid out at great length, offering intellectual stimulation galore.

Should the experiential itch kick in either way, one can climb the Castello dei Conti Guidi’s bell tower and burn off a portion of Panzanella or two. Though really, a Tuscan escape is more about finding inspiration in the gentle, rolling hills of Montalbano, home to Medici villas and fragrant cypress trees. It was at natural sights like these, after all, that da Vinci was first hit with a stroke of genius.

Speaking of villas, staying at Fontelunga Hotel & Villas, a 19th-century complex set amidst an olive tree plantation overlooking romantic Chiana Valley, comes highly recommended. The property’s owners Paolo and Philip spared no costs renovating Fontelunga and it goes to show. All rooms feature a chic Italian flair and original artworks. It’s an eclectic mix we believe da Vinci himself would have approved of: after all, the man’s accomplishments span literature, architecture, botany and more – a genius as ‘out there’ as it gets.

Fontelunga is ninety minutes southeast of Vinci but fret not; the hotel lets you rent a classic car for the day – and anyway, who would mind a scenic drive around Tuscany’s amber-coloured landscapes? Just don’t blame us if you’re hesitant to leave after a two-week stay.