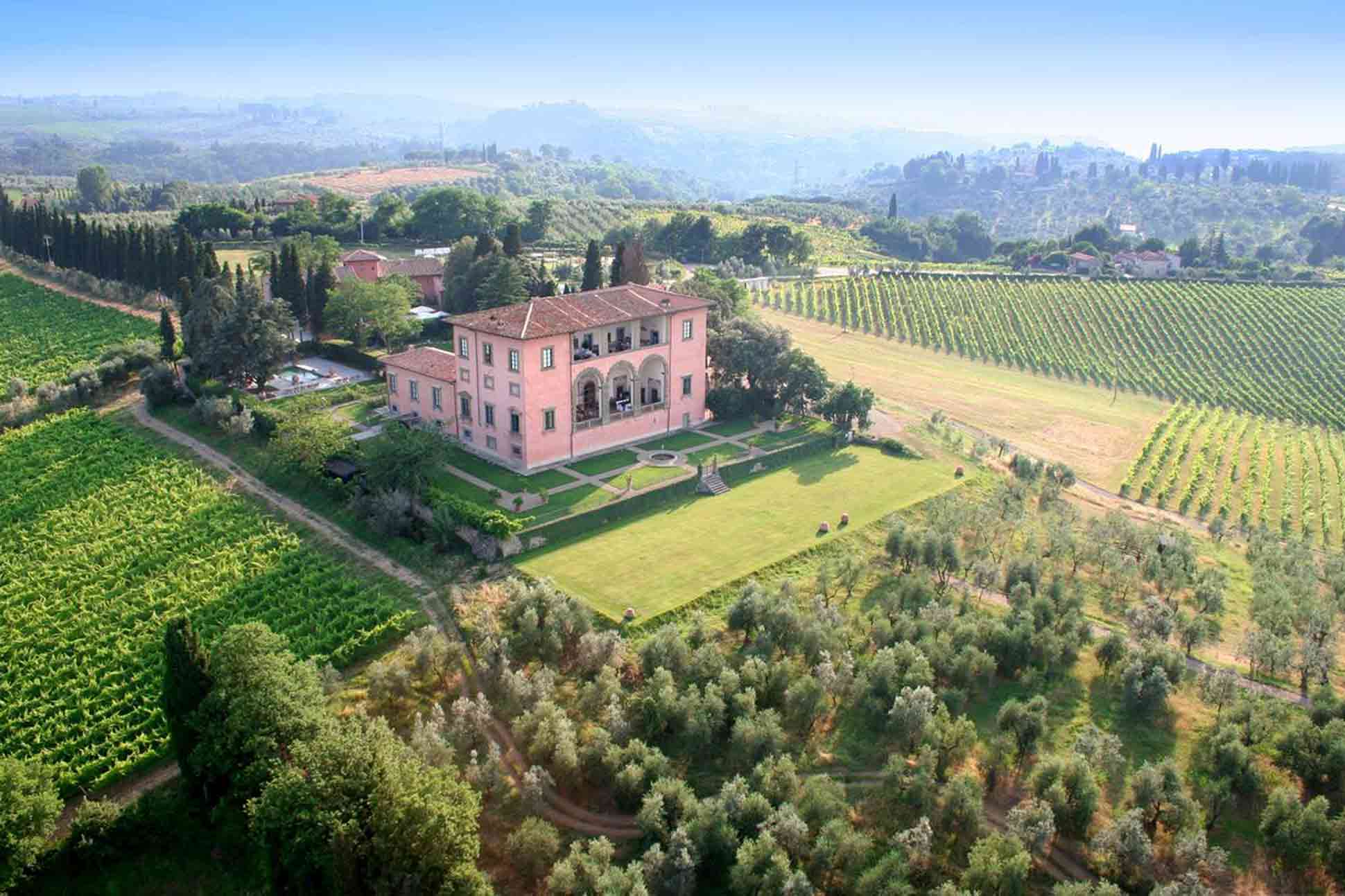 Renaissance-age Florence was a hotbed of gay creativity. But did you know that back then, the word “Florenzen,” more than meaning that someone was from the city of Florence, was also a well-known term for someone who was gay? It was furthermore equated to a way of life that was open-minded, free and fabulous, admittedly in most cases in LGBTQ history, mainly for nobility, those who built and lived in Tuscany’s magnificent mansions – like the Villa Mangiacane.

It is said that Tuscany was the ‘San Francisco of the Renaissance’. It was a time of great liberty for artists and entrepreneurs, who flocked there in their droves to experience a taste of its openness to new ideas. Particularly for those with creative tendencies, it was paradise. It’s no accident that the great gay names from the time all had a stint in the region; most notably Michelangelo.

Michelangelo was quite the gay-playboy, but he fell hard for a Roman nobleman, Tommaso Cavalieri and in his letters to him compared his lover to a knight, and himself, the knight’s captive and slave. To keep Cavalieri’s favour, Michelangelo wrote him devoted love letters and lavished him with expensive gifts. And while he was already a prolific artist for the Church, he wanted to continue to spoil the object of his affection, so he took on private work.

One such commission was by the Machiavelli family; it seems Niccolo Machiavelli (touted by historians as bisexual) and Michelangelo struck up an unlikely friendship. While it has come to light that Michelangelo was more of a brand than the person who created all the artistry we know today, it is rumoured that the artist himself participated in the design of Machiavelli’s Villa Mangiacane. The Italian authorities seem to think so, they consider the villa complex to be of such cultural significance, that the building plans are now housed at the Uffizi Gallery in Florence. The estate has rich political history too, as it is said to be where Machiavelli penned The Prince.

The Villa Mangiacane estate has been today re-imagined into a luxurious private-let property, with Tuscan chic accommodation that is filled with art and antiques, coming complete with immaculately restored frescos. It is set among 600 acres of flourishing vineyards and olive groves and offers experiential activities from culinary to cultural. Like Florence itself, the essence of the Renaissance runs deep in the property’s DNA, yet the stories it tells span centuries. It’s a picture-postcard slice of the region, and an utterly romantic place, with sun-soaked views everywhere one looks and manicured grounds to get lost in.

And just an hour’s drive away, visitors to the villa will find the gay summer hotspot of Torre del Lago. It’s really inexplicable why this little piece of coastline in rural Italy became such a magnet for gay travellers, but if Michelangelo was still alive, he may tell you. It is allegedly where he took Cavalieri and others for naked swims in the sea and was the one place that made him truly happy. We’d like to think that it was perhaps it was this happiness that inspired his inspiring work on the Villa Mangiacane and other notable spaces in Florence.

The appreciation and acceptance of a gay way of life in Tuscany didn’t end at the close of the Renaissance, despite the heavy hand of Catholicism. The first Grand Duke Leopoldo in the mid-1800s is cited to have de-stigmatised homosexuality in the region, making him a pioneering political figure in LGBTQ+ history. From then on, there were a spate of ‘gay weddings’, not in the eyes of the Church of course, but such notable events were recorded, celebrating two people of the same gender, happening in open-society, never-the-less. And particularly among the rich, aristocratic ranks, no one really batted an eyelid.

Perhaps this is what set the path for Tuscany to be the first region of Italy, nearly two centuries later, to adopt legislation that specifically made the discrimination based on sexual orientation and gender identity illegal. A year after that, civil unions with equal legal rights were brought in and in 2015, in accordance with EU law, Italy made a great leap forward in agreeing civil marriages. One could say that it all started in Tuscany, perhaps even at the Villa Mangiacane.

Photography courtesy of Small Luxury Hotels of the World